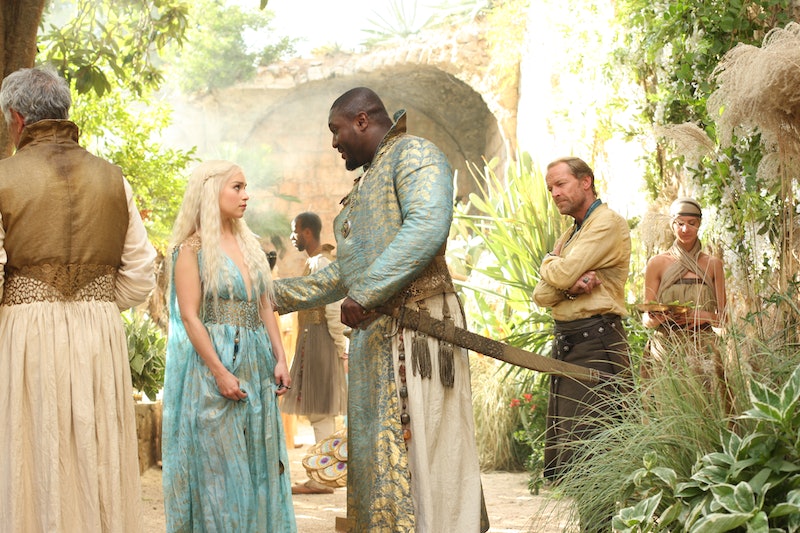 Any Game of Thrones fanatic will have spent the past two years wondering how the much-hyped series will end. Will Jon Snow and Daenerys Targaryen rule side-by-side on the Iron Throne? Or will their recently unveiled familial secret force them apart? Will the White Walkers kill everyone and reign supreme? Or could it be that Bran Stark wakes up and it was nothing but a dream? If you reckon you can correctly guess how Game of Thrones ends, you could be in with the chance of winning a week-long trip to Croatia.

Why Croatia? Well, it is the home of many of the series' most famous filming locations. King's Landing is right there in Dubrovnik, Braavos was set in the Croatian city of Sibenik, and Lokrum Island doubled up as Qarth. Even Westeros' Riverlands were set in the European country.

Tour operator Unforgettable Croatia is offering one lucky fan a seven night stay in Croatia. Three nights will be spent in Split and the other four in Dubrovnik. Throughout your stay, you will get to experience five star accommodation and personal Game of Thrones guided tours. There will also be a speed boat trip to see the beautiful islands of Vis and Hvar.

The holiday is for two people, so you'll get to bring a plus one. Private transfers and breakfasts are included, but other meals will have to be paid for. Flights are also not part of the trip. A quick Skyscanner search, however, shows you should be able to book a flight for around £60 per person.

Unforgettable Croatia will be holding the trip some time in October 2019. To be in with a chance of winning, all you have to do is send your best Game of Thrones ending prediction. It must be 1,000 characters or less and must be submitted by 11.59 p.m. on May 5. (If I were you, I'd wait a couple of weeks to see who's killed off before sending your guess.)

Entrants must be 18 or over and can only enter once. Those who guess the ending correctly will be entered into a prize draw where one winner will be chosen. If no one guesses correctly, the tour operator will pick their favourite prediction.

The possibility of every single entrant getting it wrong is a real one. Several of the show's actors have described the ending as surprising. "People have come up with so many fan theories about how it's going to end, and who will end up where, and who will end up with who. It really is so unpredictable the way that it ends up," Sophie Turner (who plays Sansa Stark) told Digital Spy.

Gwendoline Christie (Brienne of Tarth) told E! viewers will "need therapy" after watching the finale while Hannah Murray (Gilly) hinted at a tearjerker, telling fan site Watchers on the Wall: "It’s not like a fairytale happy ending by any means at all."

So where can you read about the latest fan theories? Reddit has a huge Game of Thrones community and the r/gottheories thread is the one to visit for the latest predictions. It's where fans go to discuss some of the most popular theories and to relay new thoughts. (Check out r/gameofthrones too.) Fan site Watchers on the Wall has a bunch of forums full of beady-eyed fans who miss nothing. And the Game of Thrones Wiki lays out every tiny detail included in both the books and TV series. It's ideal if you want some in-depth background knowledge to formulate your own unique theory.

As Insider reports, numerous fan theories already exist. One of the most popular is that Daenerys' destiny has always been death and that her exit will pave the way for Jon to become Azor Ahai aka the prince that was promised. Cersei Lannister's fate also appears to have been sealed. Just as the prophecy foretold, all of her children have died. The same prediction also stated that she would be killed by a little brother. It's obvious to assume the killer would be Tyrion, but many are starting to think that it will be her twin Jaime instead.

And you've probably heard the hypothesis that Bran is actually the Night King. Speaking of that fearsome thing, the actor behind the role has spoken out about the goal of his character. "People will see [the Night King] has a target he wants to kill," Vladimir Furdik told Entertainment Weekly. Figure out the target and you may be on the way to a successful finale prediction.

Onwards to the forums.