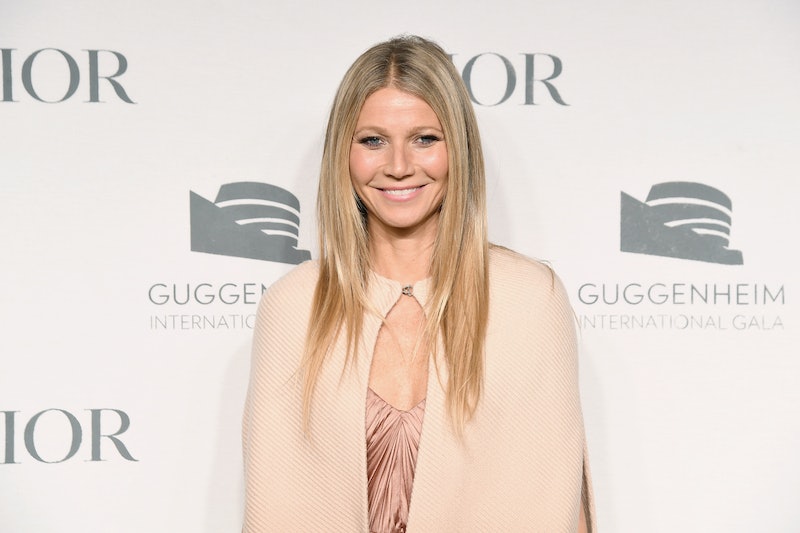 Over 20 years since its release, the drama remains an Oscar-winning classic. And while its leading lady was a major part of its success, Gwyneth Paltrow almost didn't star in Shakespeare in Love because of her breakup with a very famous colleague. In a new interview with Variety, the actor revealed why she initially didn't even give the project a second thought, even though it ultimately changed her whole life.

The film scored Paltrow her first and only Oscar for Best Actress in 1999 when she was just 26 years old. It swept the Academy Awards that year, winning seven Oscars and defeating Steven Spielberg’s iconic Saving Private Ryan for Best Picture. Really, it put Paltrow on the map and catapulted her into fame. And to think she originally turned down the opportunity...

As Variety puts it, Paltrow had barely any interest when she was approached to star in the romantic drama. She explained it was largely because of her public and painful breakup from fellow actor Brad Pitt. “I was in the middle of a terrible breakup and the idea of going to England and being far from home just seemed..." she said before trailing off. “I didn’t even read it. I was just like, ‘I can’t read anything right now. I’m having a really hard time.’” Pitt and Paltrow were engaged in 1996 before calling it quits the following year.

In addition her breakup, the film took a few unexpected turns before she signed on the dotted line. “The movie had many iterations,” she explained to the publication. “Julia Roberts was going to do it for a long time, and then that version fell apart. It ended up in Miramax, and I was the first person they offered it to.” According to Variety, Roberts reportedly left the film when her pick for Shakespeare, Daniel Day-Lewis, wouldn't get on board.

But once Paltrow gave the script a read, everything turned around. “I just couldn’t put it down. It was perfect," she said, even though an agent of hers wasn't supportive. “This person said, ‘I think it’s more of a guy’s part.’ I was like, ‘Well, I want to do it,'" she continued. In the film, Paltrow plays Viola, a cross-dressing badass heroine who called the shots and didn't need saving. Her love interest was playwright Will Shakespeare (Joseph Fiennes), who relied on Viola as his muse. The cast was rounded out by well-known actors like Colin Firth, Rupert Everett, and Ben Affleck.

Looking back, Paltrow has no regrets. “It just changed my life," she told the magazine. "I don’t think it ever went back to normal.” Further, she believes the story still holds up. “Honestly, it’s the screenplay. It’s so clever in the way it tackles Shakespeare and all the inside jokes of show business," she said.

Her work in Shakespeare not only means so much to her, but to her husband Brad Falchuk as well. The actor said when the two wed last fall, Falchuk referenced the movie during their ceremony. "In my husband’s wedding vows, he actually said it’s no coincidence that I played this muse, because that’s who I am to him, and his perception is that’s who I am in real life," she explained. Since her breakup with Pitt, Paltrow went on to win a major Oscar and eventually find marital bliss. Clearly, there are no hard feelings there.

More like this
Before 'Bullet Train,' Revisit These Brad Pitt 'Fight Club' Premiere Photos From 1999
By Grace Wehniainen
Jennifer Coolidge Needs 'Legally Blonde 3' To Happen So She Stops Getting Hot Dog Jokes
By Jake Viswanath
Revisit 1992’s 'A League Of Their Own Cast' Photos After The New TV Series
By Grace Wehniainen
At 28, Lesley Manville Was Acting, Picketing, & Singing Kate Bush Songs
By Olivia-Anne Cleary
Get Even More From Bustle — Sign Up For The Newsletter