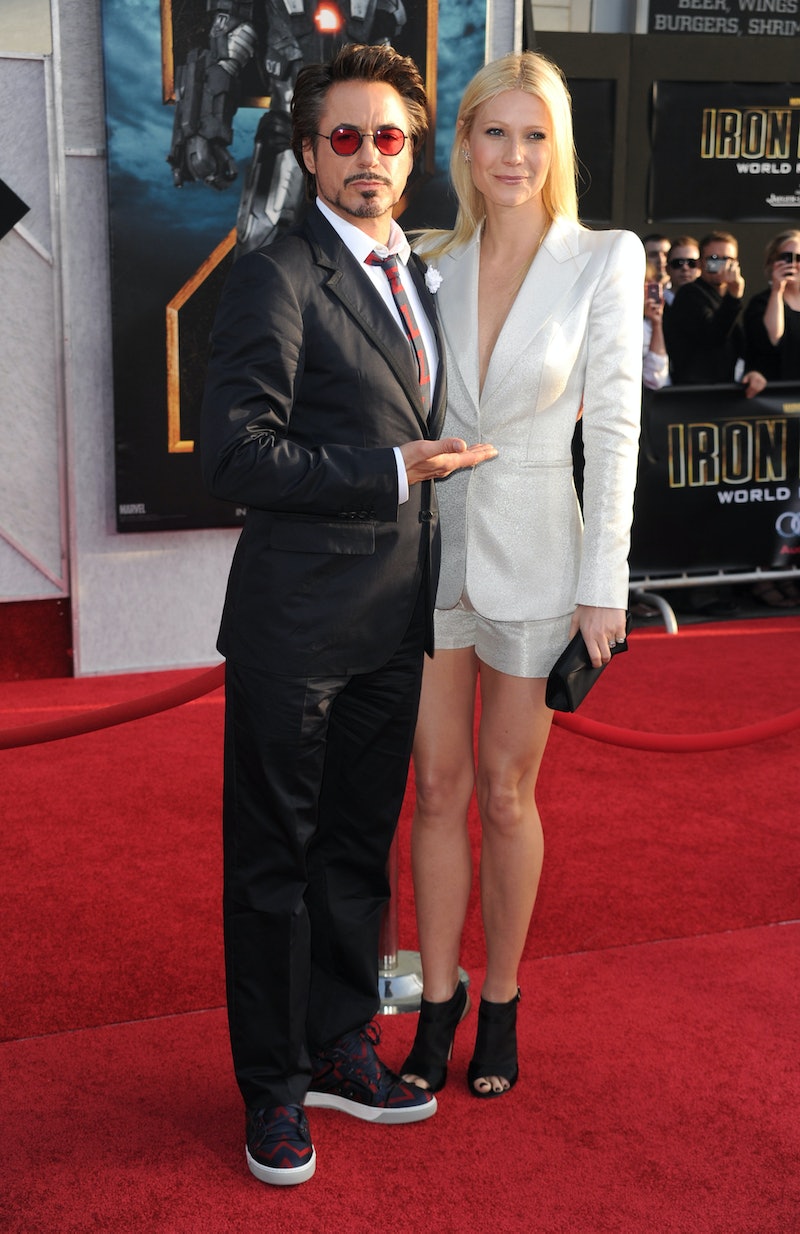 After a decade in the Marvel Cinematic Universe, Gwyneth Paltrow might be taking her leave as Pepper Potts. She's appeared in all three Iron Man films as the character, and has made cameos and appearances in a few others, most recently in Avengers: Infinity War. Pepper started out as a personal assistant to Tony Stark and is now his fiancée. But even though Gwyneth Paltrow said she's done with the MCU, it doesn't mean the ultimate end of her character. It could, however, hint as to what the future holds for Tony Stark.

Paltrow suggested that it was time for her to retire from the MCU in a recent interview with Variety. Though she was interviewed as part of a celebration of the 20th anniversary of Shakespeare In Love, which won her an Oscar for Best Actress, the conversation couldn't help but turn towards her more recent roles. In the interview, the actor said she's ready to retire from the franchise, meaning the much-anticipated Avengers: Endgame, could be her last appearance. “I mean, I’m a bit old to be in a suit and all that at this point,” said Paltrow. “I feel very lucky that I did it, because I actually got talked into it. I was friend with [Iron Man director] Jon Favreau. It was such a wonderful experience making the first Iron Man and then to watch how important it has become to fans.” Iron Man was the first movie in "Phase 1" of the what is now known as the MCU, and is what started the whole timeline of Marvel movies.

Pepper Potts and Tony Stark, endearingly known as Pepperony to stans everywhere, are a staple in the Marvel lexicon. As stated earlier, Stark started as her boss, but then appointed her to CEO of Stark Industries. The two are a powerful unit, and show no signs of separating anytime soon. In Spider-Man: Homecoming, Stark hinted at a marriage proposal (something that was inevitable at that point). In Infinity War, the two were having a discussion about possibly starting a family after they were married, hinting at a bright future ahead. However, after the events of Infinity War, it's not certain if that the marriage will happen, or even if Tony Stark will return to Earth at all.

If Paltrow is heading out, it could spell the end to Iron Man as a main character in the MCU as well. Of course, he'll always be one of the Avengers and MCU founding members, but it's already been assumed that he won't have a prominent role in Phase 4. As already proven with their storyline, Pepper is a main person in Tony's life, so you can't have an Iron Man movie without her. Well you could, but considering all the signs that Stark is nearing his end anyways, it all just adds up to his time in the MCU coming to a close.

But that doesn't mean that Tony or Pepper is going out without a bang. The part of the quote where she mentions being a "bit old to be in a suit" should stand out to fans because before now, MCU's Pepper has never been in a suit of her own, except for when Tony was trying to protect her in Iron Man 3. This mention of a suit could be confirmation of the rumors that Pepper Potts' Rescue suit from the comics will show up in Endgame. More than most rumors, this one has some teeth because of a leaked set photo of Paltrow in a Iron Man-esque suit. In the comics, it doesn't have any offensive attack capabilities and is entirely designed to protect Potts when Stark isn't there. What better way to end her time in the MCU than to do it in her very own super suit?

That said, there's always hope for a return, especially in Marvel. “I feel honored to be a part of something that people are so passionate about,” Paltrow told Variety. “Of course, if they said, ‘Can you come back for a day?,’ I will always be there if they need me.” That's definitely promising, and ensures that Stark's right-hand woman will be there whenever duty calls.