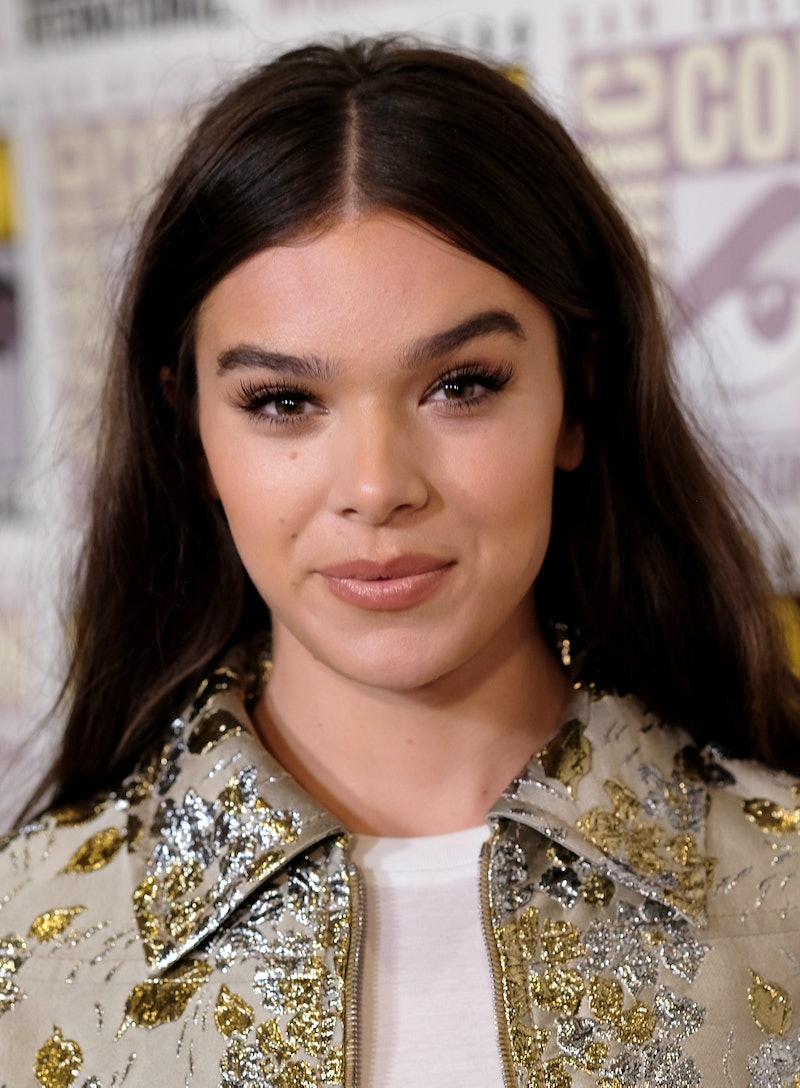 With an Oscar nomination, singles on the pop music charts, and a starring role in the Pitch Perfect franchise, it can be hard to believe that actor-musician Hailee Steinfeld has struggles of her own; really, between her touring and movie premieres, how does the 21-year-old even have the time to wrestle with self doubt? But it's true; despite her busy schedule and celebrity status, Steinfeld deals with challenges just like the rest of us — and she has some seriously on-point advice for how to handle them.

"When it comes to facing setbacks and challenges, you'll probably find that you'll run into that quite a bit," Steinfeld says, speaking at a recent back-to-school event sponsored by Post-It. "If there's not one person doubting you, there's another person telling you that something else will work better for you. But only you know what's best for you and if it's something that makes you happy, then it can never be the wrong thing."

Preach. It's solid advice, regardless of your career choice or passions. For Steinfeld, days are filled with exciting events like Comic-Con and promo for her upcoming Transformers spinoff, Bumblebee. But there are still plenty of days when she finds it hard to feel inspired or believe in herself — and that's when she prioritizes what fulfills her and tries to adopt a brighter attitude.

"Sometimes you can be your own worst enemy," Steinfeld says at the event. "But I think that it's important to remember whatever it is that you're doing, if it makes you happy, then nothing should come in the way of that. And, of course, you will face setbacks but it's important to stay positive and keep going."

And keep going she has. Steinfeld is determined to do anything to achieve her goals, as shown in the way she had to go about filming the upcoming Transformers movie. Bumblebee is being released on Dec. 21, 2018, and no one is more anxious to see the final product than Steinfeld herself, who reveals she had to face new acting terrain while making it. "[Filming] consisted of me acting with a tennis ball on a stick for about three months because he was the transformer Bumblebee," Steinfeld says. "So I can’t wait to see how that comes to life because I had no idea while we were making it."

With another few months of new music and major acting projects ahead, (including a killer-looking feminist TV series), Steinfeld is clearly eager to keep making her mark one song or scene at a time. And no matter what industry she decides to conquer next or any challenges she may face while doing so, it's obvious she takes her role model status to heart and leads with her happy place.

She may face challenges just like anyone else, but Steinfeld also knows how to face the world head-on and never lose sight of her dreams. Any haters or self-imposed doubt won't keep her down for long, and we all could follow her lead.