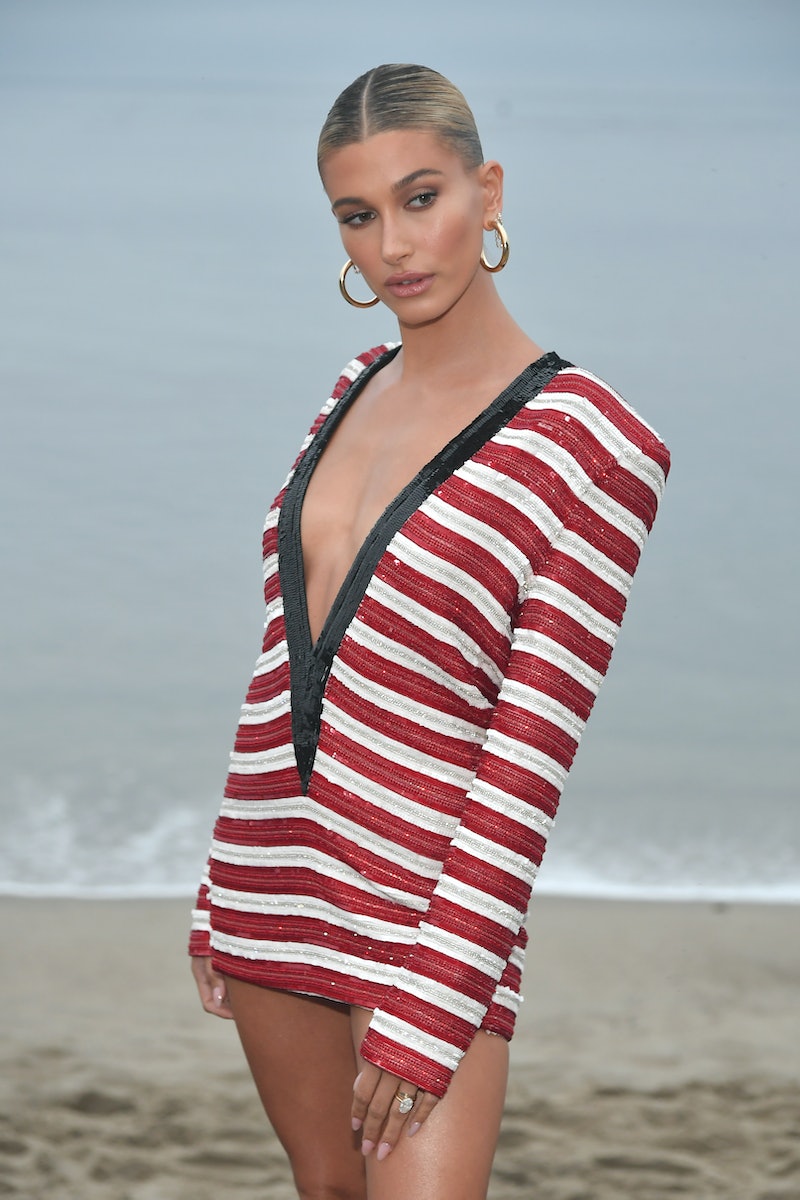 On Wednesday, Selena Gomez released a new song off her first album in four years that's seemingly all about her ex, Justin Bieber. Following its midnight release, speculation began to run rampant that Bieber’s wife, Hailey Baldwin, reacted to Gomez's song "Lose You to Love Me" with a subtle but very aggressive response on social media. Now, Baldwin took to Instagram to make her position about all the internet-fueled drama perfectly clear.

Around the same time Gomez's track dropped, Baldwin posted a screenshot of a song called "I'll Kill You" by Summer Walker on Instagram Story, and plenty of fans assumed it was a dig at her husband's ex. First of all, if Baldwin did post that in response to Gomez's song, that'd be *super* aggressive. Second of all, yes, the timing might seem a tad suspicious. However, it's not clear who posted first, since there's no to-the-minute time stamp on Instagram Story. Finally — and most importantly — Baldwin responded to JustJared's Instagram post about the whole thing, swiftly putting all the drama to rest. "please stop with this nonsense," she wrote, while also calling the speculation "complete BS."

It's also worth noting that even though Gomez is Bieber's ex, Baldwin totally shipped Jelena before she and her now-husband got together. Last July, Betches dug up a couple of Baldwin's old tweets from 2011, and in the first one she wrote, "I don't care what anyone says but Justin Bieber and Selena Gomez together is the definition of a teenage dream!" A few months later, the model added, "I'm for sure 100% team #Jelena."

For her part, Gomez shared that "Lose You to Love Me" is about more than just closing the door on an old relationship. "This song was inspired by many things that have happened in my life since releasing my last album," she wrote in a YouTube comment. "I want people to feel hope and to know you will come out the other side stronger and a better version of yourself." So, there you have it. Calm down, everybody, and keep moving along. Nothing to see here.

More like this
Hilary Duff's Husband Matthew Koma Has Her Name Tattooed On His Butt
By Jake Viswanath and Stephanie Downs
Selena Gomez Confirms She's Single Amid Drew Taggart Dating Rumors
By Martha Sorren, Jake Viswanath and Jack Irvin
Cruz Beckham Teased New Music With An Adorable Nod To Mom Victoria Beckham
By Stephanie Topacio Long
"Lavender Haze" Star Laith Ashley Breaks Down Filming With Taylor Swift
By Jake Viswanath
Get Even More From Bustle — Sign Up For The Newsletter
From hair trends to relationship advice, our daily newsletter has everything you need to sound like a person who’s on TikTok, even if you aren’t.