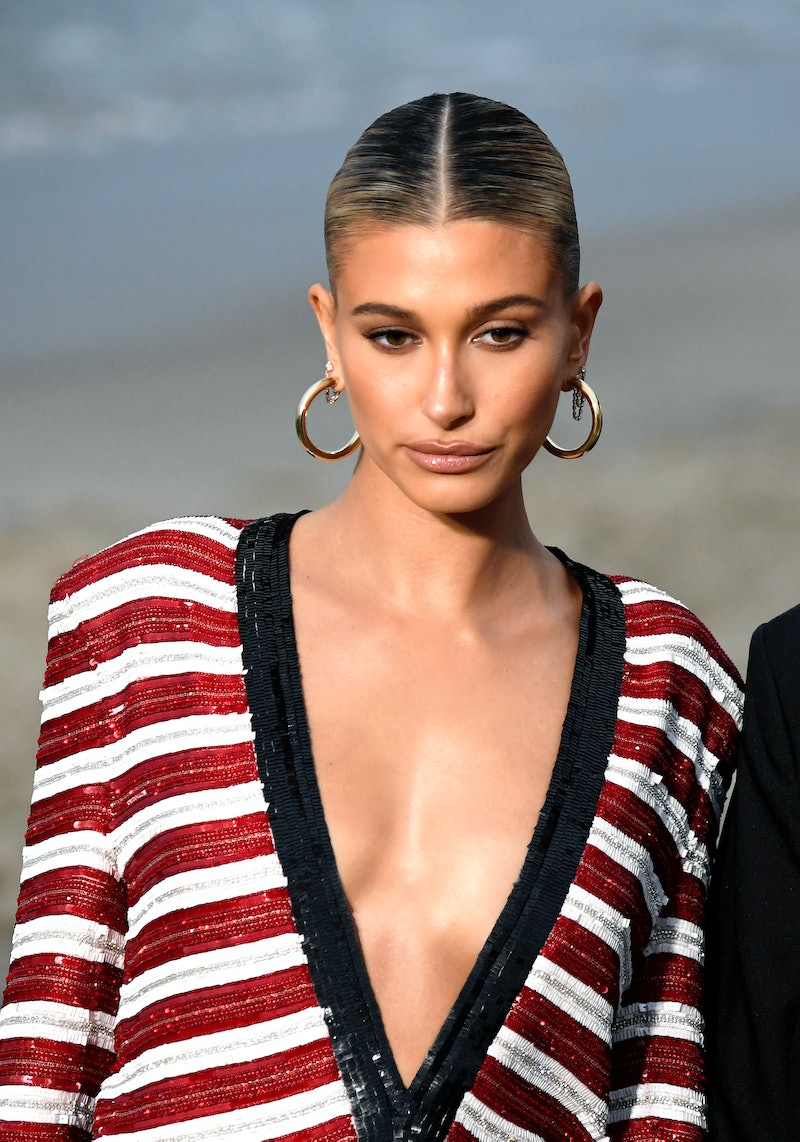 One year can go by so fast. On Sunday, July 7, Hailey Baldwin shared an anniversary post to Justin Bieber on Instagram, and it's clear from her tribute that their partnership is stronger than ever. Baldwin posted a sweet picture sitting with Bieber in front of a stunning desert view. In the photo, the model is resting her head on her husband's shoulder, and both stars look so happy.

As fans will recall, Bieber proposed to Baldwin in July 2018, marking a year since they got engaged. In addition to the scenic photo, Baldwin included an emotional message for Bieber. She wrote:

1 year ago I said yes to being your best friend for life, and today I have never loved you more.. life gets more beautiful everyday because of you, my heart belongs to you forever.Here’s to learning and growing together.

It's clear from the romantic photo and Baldwin's message that being married has only brought these longtime friends and partners closer together.

Friends of the couple loved the engagement anniversary tribute, posting well wishes of their own in the comments. For instance, Ashley Graham who wrote, "Happy Anniversary HB" with a heart emoji, while fellow model Marianne Fonseca wrote, "Amorrrr." The wife of Justin Bieber's manager Scooter Braun, Yael, commented with a simple heart emoji, while singer Justine Skye responded with, "I love this" and a crying emoji.

About a week earlier on June 29, Bieber shared a hiking selfie with Baldwin on Instagram of the two posing in front of a sunset. The post included a message about how much Baldwin meant to him. He wrote:

"These are the moments I live for.. alone time with you refreshes my soul. You are so out of my league and I’m okay with that! You are mine and I am yours #foreverandever #tillthewheelsfalloff"

According to People, Bieber and Baldwin wed in September 2018 in a secret courthouse ceremony just two months after getting engaged. The couple has known each other since they were 13, and Bieber and Baldwin were first linked romantically in 2014, according to CNN. The couple were on-and-off-again for several years before reports of the couple reunited in June 2018. The Sorry singer proposed to Baldwin in the Bahamas a month later, a surprise which the couple's parents accidentally spoiled on social media.

Given how the two commemorated their engagement milestone, it seems likely they'll have a big celebration planned for their wedding anniversary. In June, an anonymous source claimed that Bieber and Baldwin were planning a second wedding for September, according to People. The ceremony is apparently a way for the couple to celebrate with family and friends.

While it's been a year since they got engaged, it's clear Baldwin and Bieber's relationship remains super strong. These two have been friends for many years, and according to Baldwin's anniversary post, they are best pals first and foremost. Given how open they are on social media, the couple will likely share even more tributes as their wedding anniversary nears.

More like this
Justin & Hailey Bieber's Bond Is "Unbreakable" Amid His Ramsay Hunt Diagnosis
By Bustle Editors
Justin Bieber Says It’s “Getting Harder To Eat” After His Facial Paralysis Reveal
By Brad Witter
Inside The Wild, Contrived World of Staged Paparazzi Photos
By Tess Garcia
Kendall Jenner & Devin Booker Reportedly Broke Up After 2 Years Of Dating
By Jordyn Tilchen
Get Even More From Bustle — Sign Up For The Newsletter