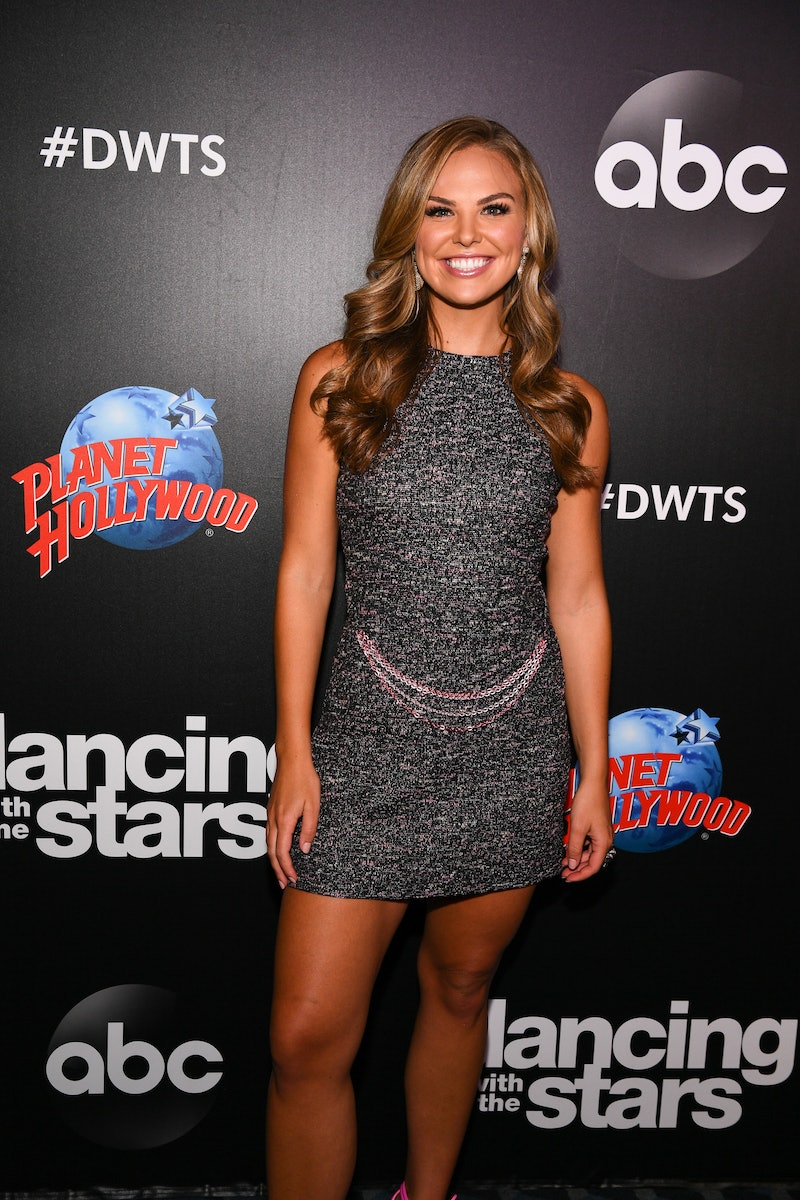 Hannah Brown's time on The Bachelorette may not have gone according to plan, and while she's definitely trying her best to look on the positive side of things, it hasn't been easy by any means. In fact, Hannah B. opened up about not always being happy in a message on her Instagram Stories, which she posted on Monday, Aug. 26, admitting how she's truly been feeling since her time as the Bachelorette.

"I want to share today's devotion with you guys. A lot of people ask me, ‘are you happy?’ these days. And to be honest I hate that question, because I’m not some of the time,” she wrote. “Nothing about some of the circumstances I went through recently made me happy. I have moments of happy, but happiness is fleeting."

The circumstances she's referring to undoubtedly is about her very public breakup with Jed Wyatt, the winner of her season and former fiancé, after she discovered he had lied about having a girlfriend while on the ABC series. Hannah revealed that they had parted ways during her After the Final Rose special and ended up asking her runner-up, Tyler Cameron, out for a drink during their little mini-reunion. However, over the past several weeks he's been romantically linked to Gigi Hadid, having been spotted out with her several times in New York City and Lake George.

When the dating rumors first got out about Tyler, Hannah made reference to feeling disappointed that their time together didn't end up being for longer, but she remains hopeful for the future and is choosing to have more joy in her life from here on out.

“However, I choose joy. And joy is so much better. It infiltrates the soul. It’s healing. Joy is the goodness of God cleansing my heart,” she continued in her Instagram message. “Regardless of circumstances, I pray that today we all choose a little joy.” Along with her own words, Hannah also included an image of her devotion of the day, which had inspired her sentiment. She took the liberty of circling and underlining certain words and phrases that particularly stuck and out resonated with her, while writing her own comment below: “Joy in the midst of pain was the medicine I needed.”

Of course, this isn't the first time Hannah has opened up about her emotions to fans. On the heels of The Bachelorette finale, she shared a post on Instagram that admitted she was struggling with everything that had happened over the past year. "Life is so different," she wrote. "Since last August, I’ve been a pageant queen, a bachelor contestant, and the Bachelorette. I’ve been in love with multiple people, I got engaged, I broke off an engagement, and I shared it all with millions of people."

She went on to talk about how her faith has been questioned throughout this whole process (both by fans and by her former contestant Luke P.) and that she hopes the conversations she's had can help empower future generations of young girls and women. But even though, in some ways, she's never felt stronger, she also feels weak and that's totally fine, stating, "I think it’s okay to be strong-to know you’re strong-but to still feel weak simultaneously. I believe that’s when the magic happens."

Let's hope that magic continues to happen for her in the weeks, months, and years ahead.