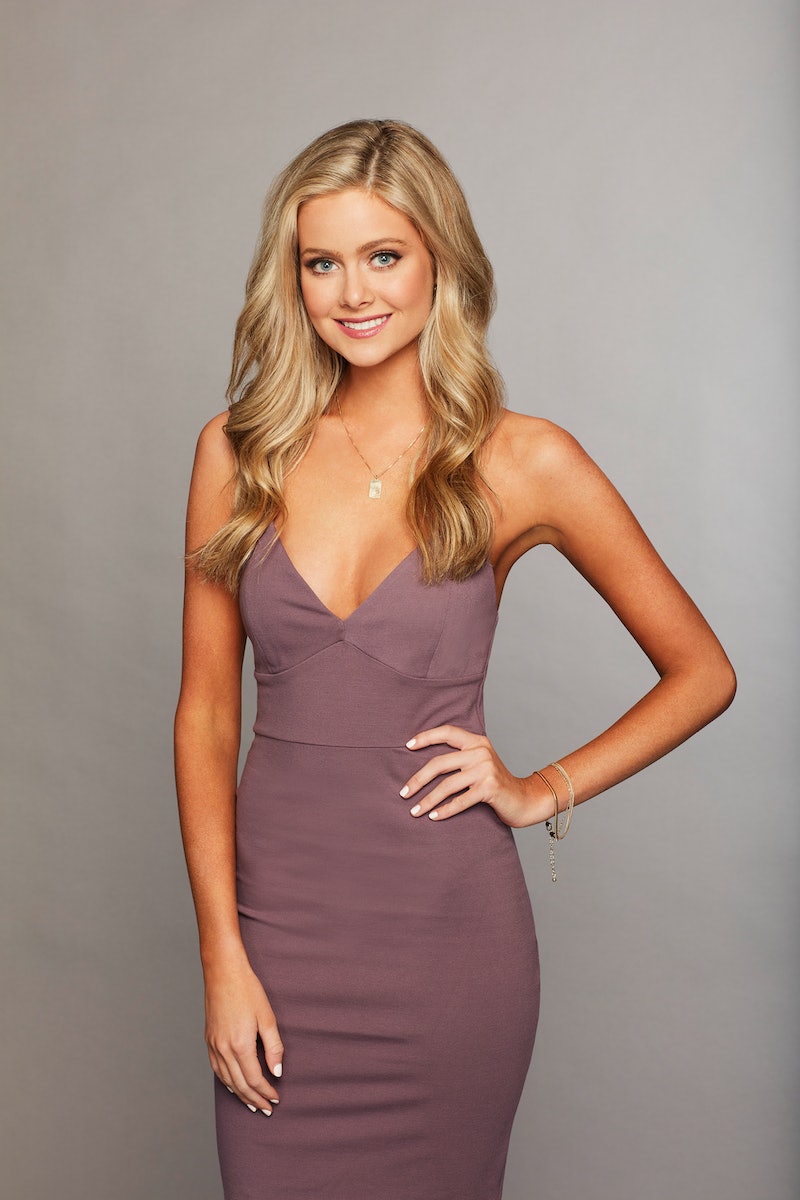 There are always a few women who share a name on The Bachelor. Last year there were, like, a million Laurens on Arie's season, and now on Colton's season, Hannah seems to be the name to have. Hannah G. from The Bachelor is one of two Hannahs this time around, but she's already standing out despite her shared moniker. Hannah G., the 23-year-old "content creator" from Alabama is not to be confused with 23-year-old Hannah B., who was Miss Alabama 2018 but lives in Georgia. Yeah, both women are also blonde and it's confusing.

But enough about Hannah B., because it's time to learn about Hannah G. Hannah is a photographer, model, and Instagram influencer who "enjoys being a foodie and glamping," per her ABC bio. (That's glamorous camping, in case you were wondering.) Her bio also notes that one food she doesn't like is seafood, she's a big fan of her "sassy" cat Marleigh, and quality time is her "love language."

Her website goes a bit deeper into her career, which is social media-focused. Hannah considers herself an influencer because she's combined her love of photography and modeling into one profitable brand. And according to her LinkedIn, she's also a media manager for the Alabama boutique Soca Clothing — whom she also models for. Hannah's a busy gal!

Notably, Hannah G. is already a big deal in Bachelor Nation, because she's friends with beloved former contestant Danielle Maltby. Danielle appeared on Nick Viall's Bachelor season and also a season of Bachelor in Paradise, where she had a will-they-won't-they romance with Wells Adams.

It's not clear how Danielle and Hannah became friends, but both women are big deals on Instagram with 350,000 and 75,000 followers, respectively. Danielle even took to the social media site after Colton's contestants were announced to share her excitement for her friend.

"So happy the girls have been announced! I can’t wait to watch your journey on @bachelorabc my love 😍 America, get ready to fall in love with this amazing, kind, funny, sweet spirit @hannahg11."

If Hannah is starting out with 75k followers already, there's nowhere for her to go but up. And America may not be the only ones falling for Hannah. Press photos for the premiere episode of Colton's season show that he's smitten as well.

Things started off on a sweet note when Hannah brought him some kind of present wrapped in gold paper during her limo exit.

And later on they seemed to play some sort of game with flashcards. (This one has a photo of a remote control on it, so your guess about what they're doing is as good as mine.)

And then... they kissed!

It's possible that the kiss was some sort of aspect of the game, like a challenge or the prize. But it's equally possible that Colton just really liked Hannah and bestowed one of the very first smooches to her as a result.

She may be one of two Hannahs, but Hannah B. doesn't have any photos of her kissing Colton on night one. So Hannah G. seems to be the one to beat.