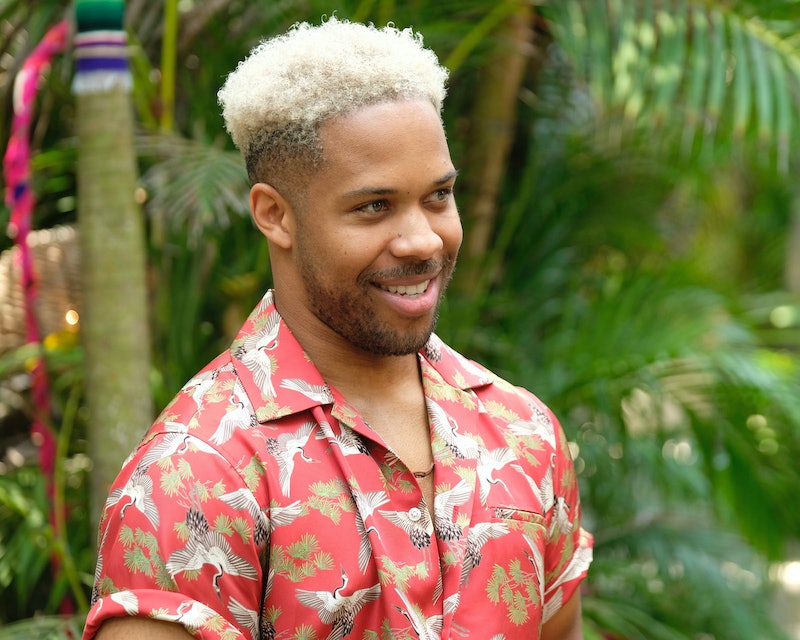 When Bachelor in Paradise premiered this week, Dylan and Hannah G. immediately seemed like the couple to watch, but now, that might all change. On Tuesday night's episode, Hannah G. and Wills kissed on BIP, and not only was it a bold move, but it was also a move that could put any future relationship she might have with Dylan in jeopardy — not to mention the fact that it's pretty surprising that Wills got in there and shot his shot so quickly.

When Wills and Hannah started talking, it didn't seem like it would turn into a steamy situation, but one thing led to another, and suddenly, they were kissing. Wills started talking about paradise being about letting people know how you feel about them and taking the time to get to know them, and then suddenly? Smooching.

It's pretty surprising that he got in there that fast — it can't be easy to open yourself up like that, but Wills wasted absolutely no time. Is this really the shy guy fans got to know and love on Becca Kufrin's season of The Bachelorette?! And Hannah was totally receptive to it, so it seemed like the feeling could be mutual.

"First kiss. I thought she was gonna hold back a little bit but she didn't hold back," Wells told the cameras later. "I think she's an amazing girl. I like her, I'm into her, and I'm super hyped and open and a little bit excited."

Fans were pretty taken aback by the moment in general, and knowing what we've known about Wills from Bachelorette, this definitely came out of nowhere. Not that it's a bad thing — BIP can be a bit of a free for all, so sometimes, making a move right in the beginning is the best thing you can do if you don't want to miss out on your shot with someone.

One person who was not excited was Dylan, who saw them chatting and came over to steal Hannah away. Of course, Wills asked Dylan to help him up from where he was sitting with Hannah and Dylan actually did it... another moment that fans could not get enough of.

Dylan immediately told her that he doesn't want to talk to anyone else, but Hannah didn't seem willing to make the same commitment. She did come clean about kissing Wills, and although she didn't seem like she knew if she was into pursuing anything with him or not, the fact that they had even kissed at all was really stressing Dylan out.

"It's definitely hard to imagine the chemistry that we have being replicated with another person here," Dylan said in his ITM interview. "I am happy she said something, but then it's like OK — then why are you making out with other dudes?"

Dylan also admitted that he wasn't as convinced that he should give Hannah his rose because of this, but there's still time for them to figure things out before the ceremony. Paradise can be tough, but if they're meant to be together, they'll find a way.