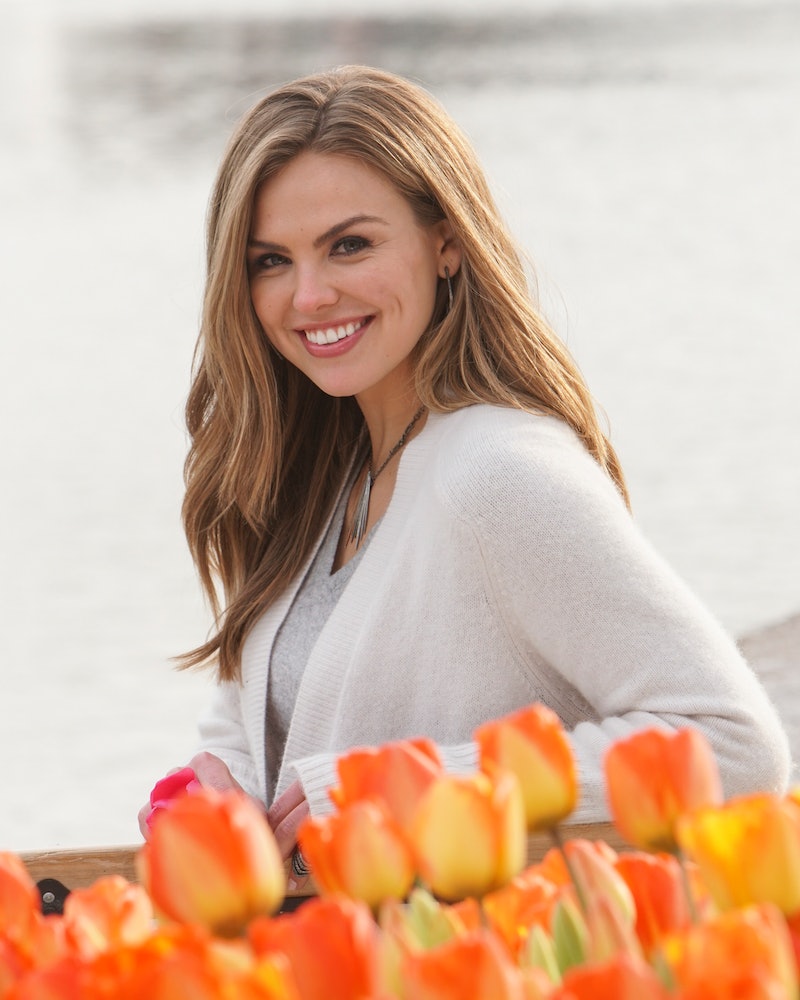 After seeing previews of Hannah B. revealing she had sex in a windmill not once, but twice, during one of her Bachelorette Fantasy Suite dates, the moment has finally arrived, and the speculation about who was in that windmill with her can finally come to an end. On Monday night's episode, the windmill date on The Bachelorette aired, and now, we know it was Peter in there with her that day.

It's a little surprising that Peter ended up being her windmill date, but honestly, it all turned out a lot less scandalous than the promos made it seem. It's not like they stole away to some windmill in Crete in broad daylight when other people and tourists were around — the windmill itself was actually their Fantasy Suite, and the Bachelorette producers definitely get props for creativity on that one.

After spending the day sailing around with Peter and Peter telling Hannah that he loves her, the two opened up the traditional envelope from Chris Harrison, asking if they'd want to forgo their individual rooms to stay in the Fantasy Suite together. They quickly said yes, and found out that their accommodations were in a windmill — the windmill, y'all — and went inside to find a pretty romantic setup, candles and a comfy bed included.

And of course, Bachelorette fans totally freaked out; the word "windmill" pretty much just echoed across Twitter.

Other fans were just glad to find out that it was Peter, and not, say, Luke P. in that windmill — and even a little surprised.

Even Hannah herself tweeted about the moment, quoting Lil Jon & The East Side Boyz, as one does.

It definitely seems like Hannah and Peter had a night to remember in that windmill, especially since Hannah highlighted the fact that intimacy is so important to her.

"I don't have any expectations, but intimacy is something that's important to me and I hold dear to my heart," Hannah said. "It's important for me to have these moments where my body is your body, my heart is your heart, my soul — we are completely entangled in every single way. That's what I know I want for my future."

They were both all smiles the next morning, and according to what Hannah told the cameras, it definitely went well. "Waking up with Peter this morning, I feel amazing," she said. "He's so loving and passionate. It was really great, and it feels really nice."

Peter himself called it "the best night of my life," and said that he was more confident than ever in their relationship. He laid it all out for Hannah, letting her know that he was there and would be patient.

Now, we just have to wait to find out if their windmill date is enough for Hannah to keep Peter around for the final rose ceremony. So far, though, it seems like Peter thinks he's got this one in the bag, thanks to that unforgettable (and now iconic) windmill.