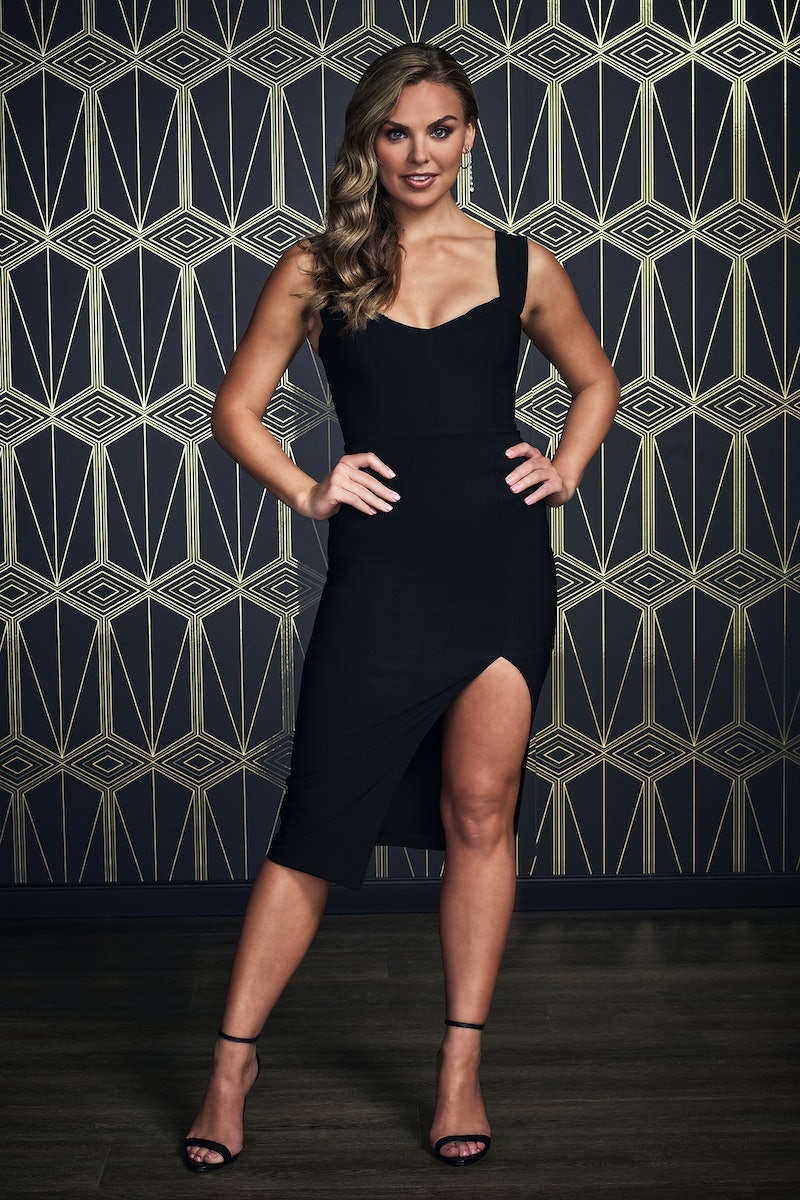 Hannah Brown's Bachelorette journey may not have turned out the way she hoped, but her dancing journey is poised to go much better. Hannah's first Dancing with the Stars performance was actually pretty great, and she scored higher in her first week than most of the recent Bachelor Nation alums to go on the show. She certainly blew her Bachelorette fans away.

Hannah is the first female Bachelor Nation star to compete in quite a while on this show, and she beat many of her fellow recent competitors. Hannah's first dance was a cha cha for which she scored two sevens and one six. The notoriously hard-to-impress judge Len Goodman praised Hannah for being "crisp," "clean," and "confident" in her moves. Carrie Ann Inaba loved the attitude and posture Hannah had throughout the dance. Bruno Tonioli had a little more to critique (and he ended up giving Hannah her lower score of six), pointing out that Hannah needed to watch her balance a bit more. But, overall, it was a solid first performance — especially considering that Hannah had to open up the whole show and go first. And, she scored well above some of the recent Bachelor Nation stars who also competed on the show.

In 2013, Bachelor Sean Lowe went on DWTS. His first dance was a foxtrot where he scored two sixes and a seven for a total of 19 points. Hannah also beat former Bachelor Nick Viall whose first dance was also a cha cha. He got sixes across the board when he competed. Before Hannah, the most recent Bachelor Nation star to compete was Joe Amabile (aka Grocery Store Joe). He scored very low on his quickstep, with two fives and a four for a total of 14 points. Hannah beat all three, and she is already well on her way to continuing to outscore them. Bachelor Nation was rooting her on after her impressive dance too. Most of them couldn't stop tweeting in all caps about her.

"HANNAH BROWN IS A SUPERSTAR!" a Bachelor franchise fan tweeted. "AS A DANCE EXPERT, I CAN’T GET OVER HOW GOOD THAT DANCE WAS WOW!"

Another added, "I feel like a proud best friend! This girl brought it!"

She's right that Hannah truly brought it for her first performance, and it's indicative of what could be to come for her. Usually it seems like the judges give slightly lower scores in the beginning to give contestants room for growth, but Hannah already hit a fairly high score. Her score of 20 was only beat by James Van Der Beek's 21 and she will hopefully only improve as the season goes on. In any case, with her partner that she's vibing with and enthusiasm for days, Hannah could really make it far on this season of Dancing With The Stars. Let's hope she doesn't make her Bachelor Nation friends jealous.