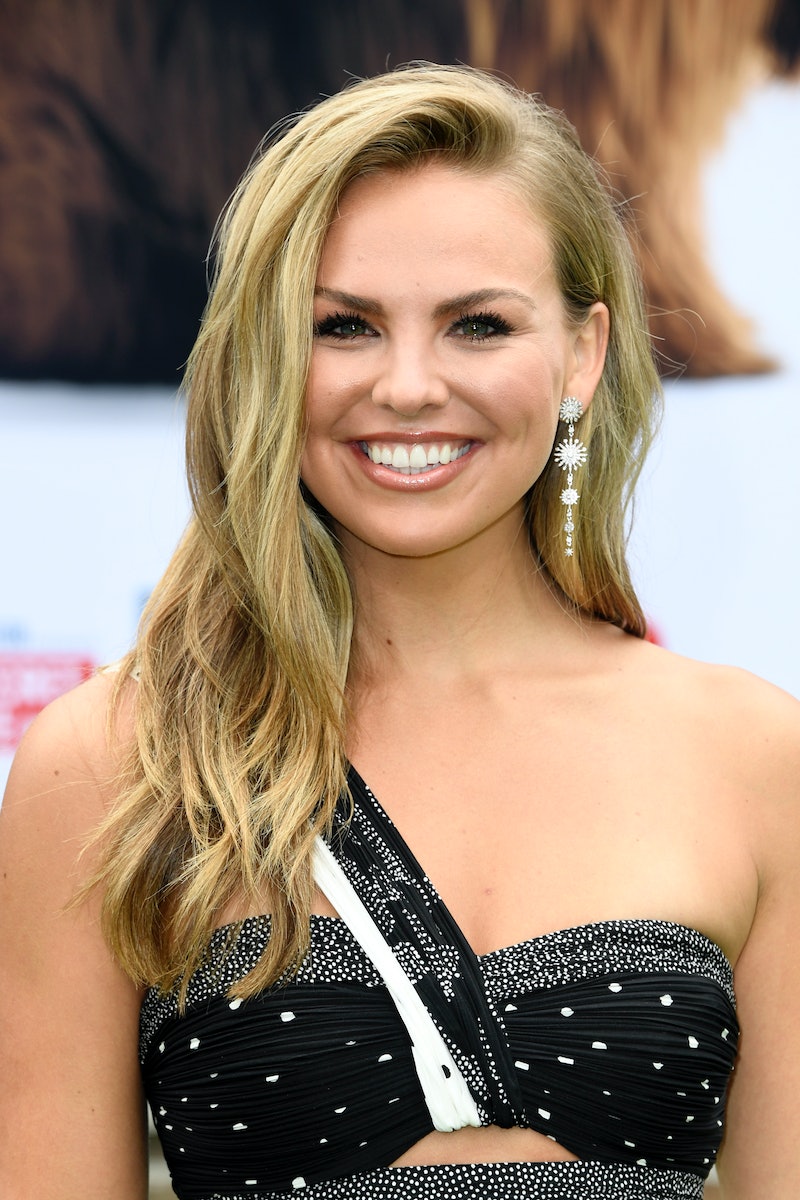 Despite the fact that Hannah Brown sent Luke P. home from The Bachelorette during Fantasy Suite dates last week, he just had to make a comeback. On Monday night's episode, Luke returned to take another stab at being with Hannah, and she immediately sent him right back home. And now, it sounds like her family couldn't be happier about that choice. Hannah's mom's Instagram about Luke leaving The Bachelorette is priceless, and of course, Hannah reacted the way any daughter would to their mom's commentary on their love life.

If you caught Men Tell All, you already know that most of it was dedicated to Luke — whether it was rolling the clip of him trying to enter a rose ceremony he wasn't invited to, or his lengthy sit down with Chris Harrison where he attempted to explain himself. And as Comments By Celebs pointed out, Hannah's mom, Susanne Brown, took to Instagram to share a photo of her TV that she took while Luke was in the hot seat, along with her candid (and very mom-like) response to it.

She wrote: "In the bag!!! You would not have made it pass me you are a Ass!!!" And then, Hannah commented on the post, writing, "Mother. Delete. And never use social media again. I love you though (and you're right)." Truly, this exchange is too good.

It appears that Hannah's mom did actually fulfill her daughter's request, because the post is now gone from her Instagram account — which, by the way, all Bachelorette fans should be following, because she's been sharing posts here and there about her opinions on this season that are pretty hilarious.

You know, like the meme she posted mocking her daughter's crying face on national television in the early Bachelor promos.

It's no surprise that Hannah's family isn't a fan of Luke, because it seems like they never were, according to her tweets as this season has aired.

When she didn't send him home before hometown dates, Hannah tweeted that her parents were all giving her the same look that fans were probably giving their TVs:

And they seemed to have a similar reaction when she didn't send him home before Fantasy Suite dates, either.

But at the same time, it also sounds like they've been super supportive. How adorable is it that Hannah's grandfather threw a watch party for The Bachelorette? It's easy to tell that he must be so proud of her... even though some of the scenes on this show would be probably be awkward for Hannah to know her grandfather has watched.

Knowing that Hannah must have gotten her sass from her mom is just one more reason to look forward to next week's season finale. The attitude Susanne has taken toward Luke suggests that she's not here for any BS, just like her daughter. Hopefully, Hannah's remaining guys are ready for whatever Mama Brown throws their way. It definitely doesn't seem like she's going to be easy on them — and it's going to make for some great TV.