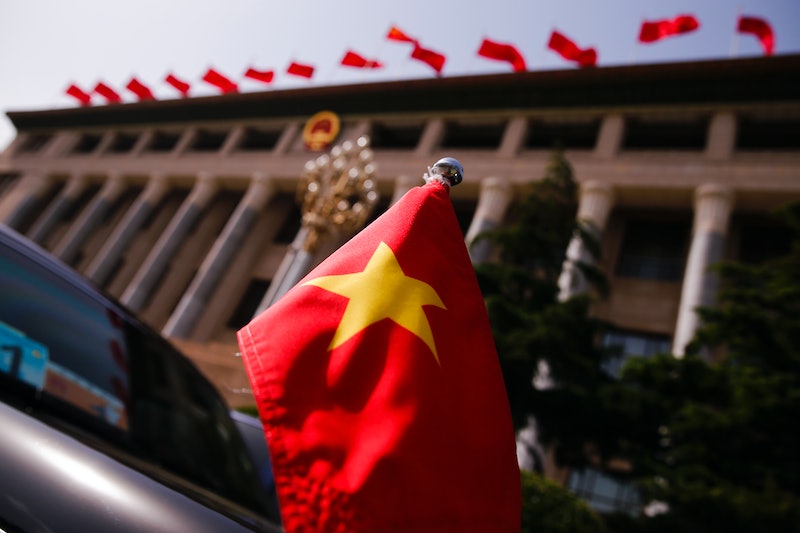 President Donald Trump will meet with North Korean leader Kim Jong Un this week to renew talks regarding the complete denuclearization of the Korean Peninsula. But don't expect Kim to show up at the White House. Neither of the two leaders will be setting foot in the other's country — rather, they'll come face to face on neutral ground. Trump and Kim will meet in Hanoi, Vietnam's capital city.

If you're looking for the capital city on a map, you'll first want to navigate to mainland Southeast Asia. Vietnam is the easternmost country on the Indochina Peninsula and you'll find the city of Hanoi tucked away in northern Vietnam along the Red River, just west of the coastal city of Hai Phong.

A bustling urban metropolis, Hanoi boasts a population of more than 7.5 million people, making it the country's second largest city by population after Ho Chi Minh City. According to Vietnam Economic News, Vietnam's capital city has a strong economy and "the potential to develop high-tech industries, tourism, and transport." But along with its rapid industrial and commercial growth, Hanoi also has a rich history. The city is over a thousand years old, having celebrated its millennial anniversary in 2010.

Given Vietnam's history and economic progress, the city is a symbolic backdrop for Trump and Kim's second summit. Many believe summit organizers are hoping that Vietnam, a country that has gone from being one of the United State's most bitter enemies to now a peaceful partner with shared economic and security interests and developing trade and defense cooperation, will serve as a model for future U.S.-North Korea relations.

In fact, Secretary of State Mike Pompeo echoed such a message while traveling in Vietnam last year. "In light of the once-unimaginable prosperity and partnership we have with Vietnam today, I have a message for Chairman Kim Jong Un: President Trump believes your country can replicate this path," Pompeo said in July. "It's yours if you'll seize the moment. The miracle could be yours; it can be your miracle in North Korea as well."

But there's another reason why Hanoi was likely chosen as the site for Trump and Kim's second summit — it's neutral ground for both visiting leaders. Vietnam is one of the few countries to have an embassy in both the United States and North Korea.

Talks about curbing North Korea's nuclear ambitions, let alone the complete denuclearization of the Korean Peninsula, appear to have stalled significantly since Trump and Kim first met in Singapore last year. With Washington unable to get Pyongyang to agree to any specifics in Singapore, theres a lot riding on Trump and Kim's summit in Hanoi.

While President Trump is expected to fly into Hanoi late Tuesday, Kim has been taking the scenic route and traveling through China via bulletproof train, according to Bloomberg. The two leaders are expected to host talks and meetings as part of a summit lasting Wednesday through Thursday. However, few details regarding the nature of those talks or how either country hopes to renew stalled efforts toward denuclearization have been released.