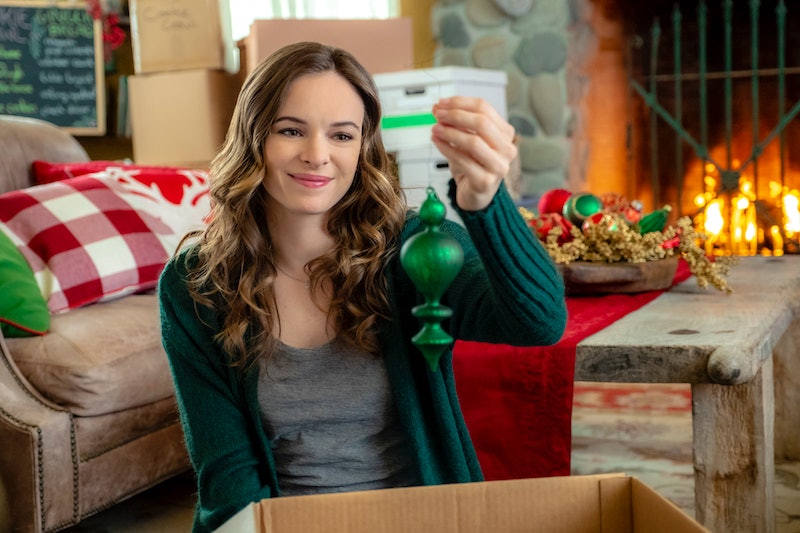 With 2018's holiday season kicking into high gear, networks are doling out Christmas movies left and right. Unfortunately, when it comes to seasonal holiday films of the non-Christmas variety, pop culture has historically drawn a considerable blank. Which is part of the reason it's so exciting to hear about the Hallmark Channel's upcoming Hanukkah movies, reportedly slated to premiere as part of the network's 2019 holiday programming lineup. According to several recent reports — the first of which came from Forbes late last week, on Thursday, Nov. 29 — the channel perhaps most famous for its Christmas-themed narratives is finally switching up subject matters next year.

And, thankfully, it will reportedly do so on more counts than one. Per Forbes, Hallmark will release two Hanukkah-themed films toward the end of 2019, in conjunction with its annual output of (usually exclusively Christmas-themed) content. Obviously, the current holiday season has only just begun, so next year's is still quite a ways off. For that reason, understandably, the details of both forthcoming Hanukkah films are still pretty fuzzy. (Forbes' report explained that both are still in the early stages of development.) However, the information that has been released is just enough to get future audiences excited about what's to come.

As a handful of reports noted, only one of the network's upcoming pair of Hanukkah movies has a title so far. That one is reportedly called Holiday Date, and its accompanying script is reportedly already in the works over at Hallmark. According to recent comments from a spokesperson at Hallmark's parent company, Crown Media, to Forbes, the newly-conceived film will tout both Christmas and Hanukkah celebrations all at once. (Why hasn't anyone thought of this before?) The spokesperson reportedly went on to say the film's dual nods to both holidays will be "a lot of fun, as Hanukkah and Christmas overlap in 2019."

As for the second Hanukkah movie on Hallmark's 2019 holiday horizon? As Forbes' report mentioned, more information about that one isn't available to the public yet. That said, here's hoping the channel goes ahead and gifts viewers with a full-fledged Hanukkah-centric treat for the ages, since the network is seriously not lacking in the Christmas movie department. How many more of those plot lines could they possibly come up with?

Fortunately for audiences who've grown tired of Hallmark's markedly slim representation when it comes to pretty much any wintertime holiday besides Christmas, it sounds like this upcoming pair of Hanukkah movies is just the tip of the iceberg with regard to the network's shift in priorities. According to a Nov. 30 report from Glamour, Hallmark execs Bill Abbott and Michelle Vicary said the channel is working toward becoming "completely inclusive" with its holiday content, keeping in mind the scope of real-life stories and people those titles are meant to represent.

"One of my development execs brought me [a Hanukkah movie script] this week that they were really excited about," Vicary reportedly told the outlet, before adding, "I said, 'Great, let's meet and talk about it for 2019.'"

At this point, whether or not that particular script will materialize into one of next year's two Hanukkah-themed Hallmark films remains to be seen. But either way, let's hope the network's first real foray into non-Christmas holiday programming doesn't stop there.