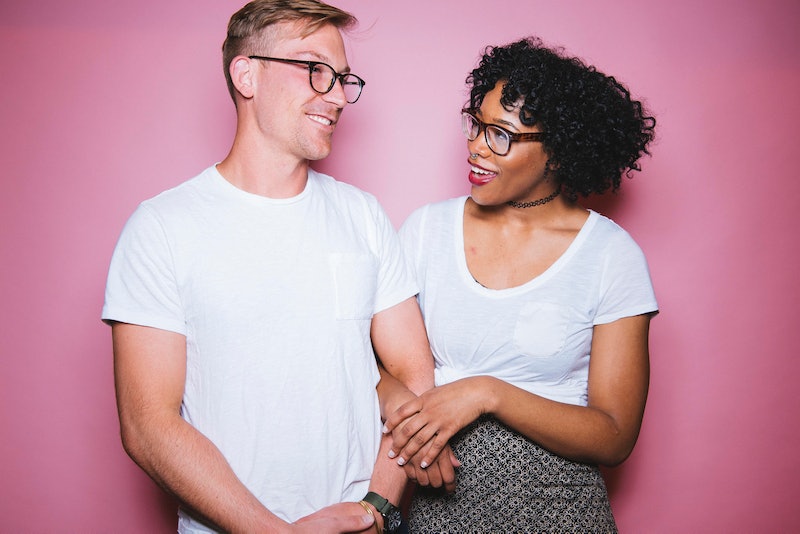 A happy relationship can have a huge impact on your life. You can feel more supported, more understood, and you can find that you're empowered to try new things that you wouldn't have thought you were capable of before. But new research has shown that there is one big benefit to good relationships — happy marriages in particular — and that's living longer. Though research has previously linked happy marriages to good health — including better heart health — a new study published in the journal Health Psychology found that happy marriages can actually increase longevity.

The researchers looked at responses to the General Social Survey from between 1978 and 2010, analyzing information from 19,000 married people. Researchers not only looked at responses, they also tracked the health and survival of those respondents through 2014. Respondents were asked questions about their marriage, including how happy it was and more general questions about their lives. Those who described their marriages as "very happy" or "pretty happy" were 20 percent less likely to die over the period of surveillance than those who described their marriages as "not so happy".

The study authors pointed to a number of reasons why this might be the case. On the most basic level, you might have a spouse who encourages healthy habits and discourages unhealthy ones, like smoking. Being in a relationship can also help give a sense of purpose and identity — and the authors suggest that these psychological effects could translate to health benefits. There was also the fact that being in a happy relationship and having a support network is helpful for dealing with stress and other difficulties we encounter in day-to-day life. All of these factors, the authors conjectured, could help increase longevity.

Of course, that's only if the relationship is happy — and that means having to put in the work. “In a world full of constant distractions, it is easy to lose sight of the importance of your relationship with your significant other,” Kelly Kotliar, matrimonial attorney at Berkman Bottger Newman & Rodd, LLP in Manhattan, tells Bustle. “We find ourselves prioritizing work, friends, and hobbies over the one person that we share our lives with. In order to maintain a healthy and happy relationship, there must be times where your relationship takes priority over all else.” But, if you can make it happen, you may just live longer for it.

But Marriage Isn't For Everyone

That being said, marriages aren't always better to being single. Not only did this study not compare bad marriages to other relationship statuses, being in an unhappy marriage has been shown to have negative health consequences, such as a higher risk of heart disease. And there's also the mental health implications to consider.

If a relationship isn't happy, healthy, and supportive, it can have some very negative consequences on your well-being and how satisfied you are with your life. Not to mention the fact that, being single is just the better choice for some people. "Some people are genuinely happier single than in a relationship, and that can be normal and healthy,” Antonia Hall, psychologist, relationship expert, and author of the Sexy Little Guide books, tells Bustle. "For some people, being single allows life to feel full and satisfying as it is.”

While more research needs to be done on how happy marriages compare to being happily single in terms of health benefits, seeing the difference between an unhappy marriage and a happy one is really telling. It's a good reminder to keep working at your relationship to keep it healthy — because clearly, the benefits could be huge.