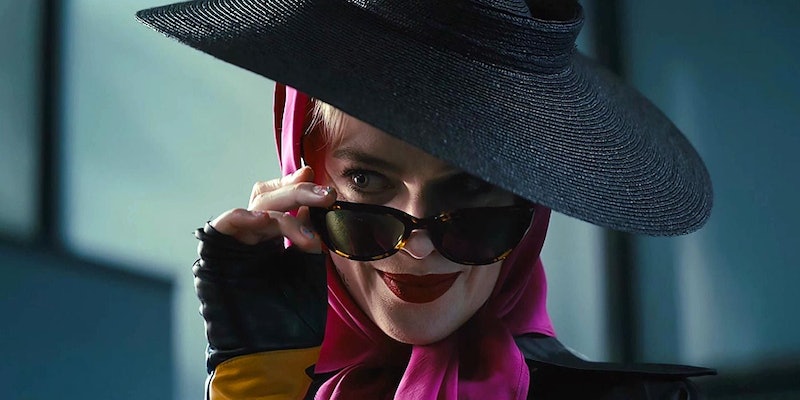 I’m not typically a comic book movie kind of girl. The slow-mo action sequences, the skin-tight costumes, the perpetual need to save the world — it’s just not my thing. But despite my skepticism, I was won over by Margot Robbie’s Harley Quinn in Birds of Prey. Here is someone whose good deeds aren’t fueled by a desire to be Gotham’s goody two shoes, but rather a much more relatable emotion: the need to get revenge on the dirtbag ex who did her wrong. In short, this version of Harley is my kind of girl.

“I wanted the audience to see [Harley Quinn] standing on her own two feet,” Birds of Prey screenwriter and co-founder of the Lucky Exports Pitch Program Christina Hodson tells Bustle. So the catalyst for the film became Harley and the Joker ending things for good. “Her motivation has always been in service to this other character. But this time, we get to see who she is when she doesn’t have this codependent relationship.” But just like the many women who have been freed from the clutches of their rotten exes before her, Harley isn’t so thrilled by her newfound singledom.

Ripped from the playbook of iconic breakup movies like Bridget Jones’ Diary, Forgetting Sarah Marshall, or the more recent Someone Great, the opening scenes of Birds of Prey unfold like a montage of classic heartbreak tropes. Harley goes through the stages of breakup grief. She gives herself a bad haircut, gets trashed on margaritas with her girlfriends (who, like all friends who have held someone’s hand through a bad relationship, aren’t convinced she’s done with the Joker for good), gorges herself on spray can cheese, and makes a very unique purchase. “So many people spend money they shouldn’t [after a breakup], so we had Harley buy a hyena, because of course she’d buy a hyena,” Hodson says. “Harley’s such a heightened character, but we also wanted her to feel universal.”

But it wasn’t ebullient breakup romcoms like (500) Days of Summer or How To Be Single that inspired Hodson in crafting Harley's journey to romantic independence. She drew instead from a less expected source: Die Hard. “It’s one of my favorite action movies because [Bruce Willis’ character’s] marriage is on the brink of breaking down. That’s what makes it relatable,” she says. “Male, female, young, old, we’ve all probably been through some kind of breakup. And we all know that kind of pain. Because Harley is such an extreme character, I wanted to start her somewhere really real and raw.”

Finding the sweet spot between “extreme” and “relatable” can be difficult, but Hodson masters the depictions of Harley’s unbridled rage towards the man who betrayed her. Instead of simply getting drunk and deleting all photographic evidence of the Joker on Instagram, she burns down the building where they first got together. It’s over the top, sure, but it only made me more invested in her character and her plight.

Is Harley a role model in the tradition of other Wonder Woman-esque super heroes? Certainly not. But she’s a three-dimensional, complex figure who I can’t wait to channel the next time I inevitably get dumped. Hyena and all.