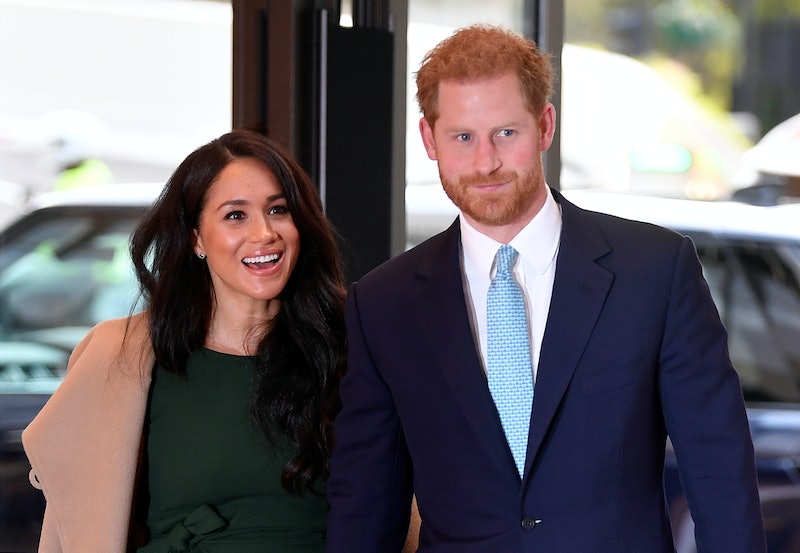 With the dust just about settled after their announcement last month, Harry and Meghan have been quietly getting on with their lives. The royal couple have spent the past few weeks in Canada with their 9-month-old son Archie and, although they've barely been seen in public, it seems the pair have been busy. According to reports, Harry and Meghan were paid up to $1 million to speak at a recent corporate event in Miami.

The summit, reports the Sunday Times, was sponsored by American bank J.P. Morgan and involved an audience of more than 400 bankers and celebrities. Both Harry and Meghan are believed to have made speeches at the event.

A source told the Daily Mail that Harry touched on the loss of his mother, Princess Diana. He "spoke about mental health and how he has been in therapy for the past few years to try to overcome the trauma of losing his mother," according to the insider.

The source also said Harry that spoke of his and Meghan's exit from the royal family, "saying while it has been very difficult on him and Meghan, he does not regret their decision to step down as senior royals because he wants to protect his family." Meghan, meanwhile, talked about "her love for her husband," reports the Sunday Times.

Although no speaking fee has been confirmed, the Times notes that "there were reports that their first joint public appearance since moving to Canada earned them $1m (£760,000)." And PR experts have made some estimates, telling the Daily Mail that the couple would likely have made between $500,000 and $1 million for the appearance. "Harry and Meghan will be the highest-paid speakers that exist on the corporate market," Ronn Torossian, CEO of 5W Public Relations, told the Daily Mail. "Over the year, their earning power could be unlimited."

Aside from attending the banking event, Harry and Meghan also reportedly had dinner with Jennifer Lopez and her partner, Alex Rodriguez, while in Miami, according to Marie Clare.

Although an A-list dinner date may be surprising news, the couple are believed to have turned down some invitations. Hello! reports that Harry and Meghan were asked to present the Best Picture award at the Oscars, but declined.

But one request they couldn't refuse reportedly came from Queen Elizabeth II herself. Per the Sunday Times, the monarch has asked the couple to join the royal family for Westminster Abbey's Commonwealth service. Held on March 9, it will be the first time Meghan has been seen on UK soil since her and Harry's announcement.

The trip is also believed to be the last time they will embark on official engagements as royals. Come spring, the pair will relinquish their HRH titles and officially step down from royal duties.