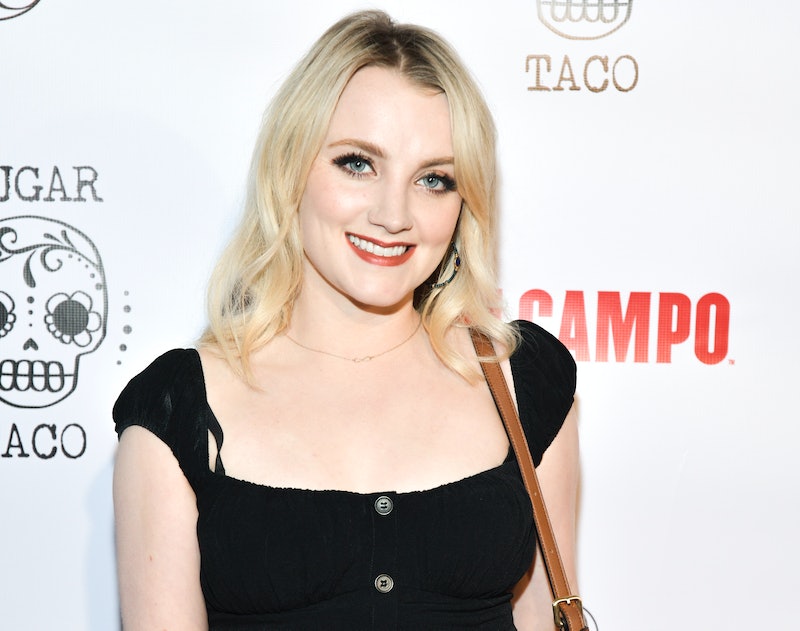 Even the most powerful Hogwarts spell won't fix this issue. Harry Potter star Evanna Lynch responded to J.K. Rowling's transphobic tweets in a statement posted to her own Twitter on Tuesday, June 9 — but it's not going over that well. Last week, Rowling faced huge backlash for tweets that many said were hurtful and offensive to transgender women, and accused the author of trans erasure.

In her statement, which was posted hours before Rowling again defended herself on her personal website, Lynch, who plays Luna Lovegood in the film franchise, acknowledged that Twitter was not the best place to discuss this "delicate" topic, but said she decided to share her thoughts because she was "so saddened to see trans people feeling abandoned by the HP community" and praised them for their strength. "I imagine that being trans and learning to accept and love yourself is challenging enough, and we as a society should not be adding to that pain," she wrote.

Lynch admitted that, though she cannot forget Rowling's "generous and loving" qualities, she ultimately disapproves of the author's comments. "I disagree with her opinion that cis women are the most vulnerable minority in this situation and I think she's on the wrong side of this debate," she wrote. "But that doesn't mean she has completely lost her humanity."

However, many fans took issue with Lynch suggesting how marginalized people can heal from oppression by not bullying, and referring to the topic as a debate. "I do think victims of oppression can heal better from this by not carrying the energy of the oppressors forward to bully or hate other people on the other side of the debate," she wrote, acknowledging that she can't "fully fathom" the pain of trans people and that it's easier for her to ask others to be kind. The actor received backlash of her own on Twitter, with some making it clear that transgender lives are not up for debate, nor is how they react to Rowling's tweets.

Lynch has not responded to the criticism, but did say in her statement that she wouldn't "be continuing this conversation" on Twitter. However, she did conclude her thoughts by promising to learn and listen more, saying that her activism needs to be more intersectional. "I know so well what it's like to find solace and a sense of belonging from Harry Potter," she wrote. "I'm so sorry to any trans people who feel that's been taken away or that this community is no longer that safe place... I for one will work to make it feel inclusive because trans women are women."

More like this
Rupert Grint Just Shared A *Major* Update About Ron Weasley’s Future
By El Hunt
Adam Lambert Called Out The George Michael Biopic Over Potential Casting
By Sam Ramsden
Adam Ali Hopes 'Waterloo Road' Will “Subvert” Queer Misconceptions
By Sam Ramsden
Anne Hathaway Shared A "Thrilling" 'Princess Diaries 3' Update
By Darshita Goyal
Get Even More From Bustle — Sign Up For The Newsletter
From hair trends to relationship advice, our daily newsletter has everything you need to sound like a person who’s on TikTok, even if you aren’t.