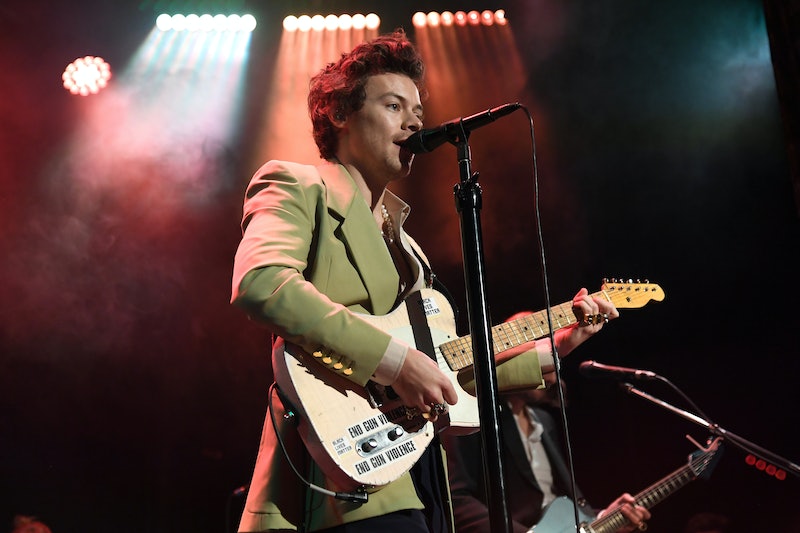 Harry Styles is one of the biggest recording artists right now. As such, the star is used to being approached in the street — but he’s recently opened up about a much scarier encounter that happened a few weeks ago. Styles was robbed on Valentines Day this year near his home in Hampstead, London. He recounted what happened to American presenter Howard Stern on his radio show and the ordeal sounds pretty terrifying.

Speaking to Stern, the former One Direction star explained, "It was on Valentine's Day. That's what you get for being single these days, I guess. I should have had other plans."

Styles went on: "I'm about five minutes from home. I'm walking up and I see this group of guys, and they've all got like hoods up and their faces covered." Styles recalled he tried to cross the road, but the group kept following him each time he moved from one side to the other. Eventually they caught up with him.

He then told Stern:

The group gathered around him, and according to the Daily Mail, he said, “I pull out some cash and he takes it from me. And I had my headphone jack sticking out of my pocket and he's like, 'What's that plugged into?' I was like, god's sake, it's my phone. So I pull out my phone and I'm thinking, OK this is really annoying but I'll wipe it and get a new phone and kind of, whatever... and then the guy's like, unlock your phone. The other one pulls his shirt up and he's got a knife sticking in his pants and I was like sh*t."

Styles refused to unlock his phone and instead "sprinted" up a hill and toward where he knew other people would be. Luckily, the gang didn't pursue him.

The Metropolitan Police told E!News that they had logged an incident at the same date and time which recorded "a man in his 20s was approached by another man and threatened him with a knife."

Despite the incident sounded pretty terrifying, Styles has announced publicly that he is OK and his response to the whole ordeal has been pretty laid back. The singer even joked to Stern about the outfit he was wearing on the night of the robbery and how inconvenient it was: "Usually when I'm out walking I'm wearing running stuff and this was the one time I was wearing, like, corduroy flairs." Classic Styles.