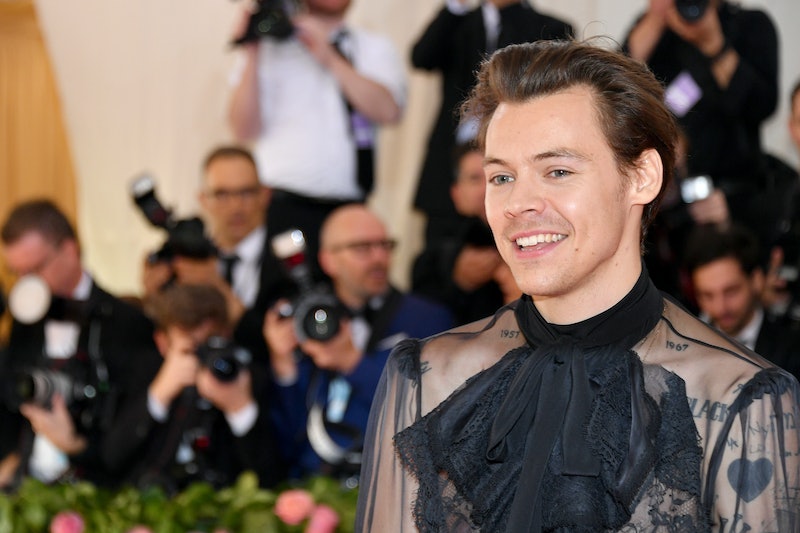 Following the announcement of yet another Drag Race spin-off, this time in the form of a celebrity edition, fans have even more Werk Room action to look forward to. However, the excitement doesn't end there, because former One Direction heartthrob Harry Styles said he'd consider joining RuPaul's Celebrity Drag Race, and I, along with his millions of adoring fans, am very much here for this.

According to Digital Spy, the "Sign of the Times' singer was asked by Hits Radio if he'd ever consider putting himself forward to appear in the upcoming U.S. spin-off, and Styles appeared to be pretty keen on the idea when he enthusiastically replied, "potentially yeah! Why not?" Now, this is hardly confirmation, however the former-X Factor star would be a nice addition to the lineup of 12 celebrities, each of whom are set to battle it out for a chance to be crowned America's next celebrity drag superstar.

As Metro reports, RuPaul’s Celebrity Drag Race is set to debut in 2020, and contestants on the four episode spin-off will be mentored by some of the show's most memorable former stars. In addition to competing for the all important crown, the celebrity drag-wannabes will also receive a cheque for a charity of their choice, and although the official celeb lineup is yet to be revealed, Drag Race superstars such as Alyssa Edwards, Bob the Drag Queen, Trixie Mattel, and many more have been confirmed to appear as series mentors.

This latest addition to the RuPaul family arrives shortly after the debut of Drag Race UK, and as the Radio Times reports, 2020 is going to be another extremely busy year for the franchise, with the arrival Drag Race season 12, All Stars season 5, and the recently announced Drag Race Canada — which is set to include last year's U.S. runner-up Brooke Lynn Heights as a permanent judge.

So, if you can't get enough of the reality TV phenomenon, the arrival of RuPaul's Celebrity Drag Race will come as some very welcome news, and as we await the debut of this fabulous new spin-off, be sure to watch Drag Race UK on Thursdays at 8 p.m. on BBC Three.