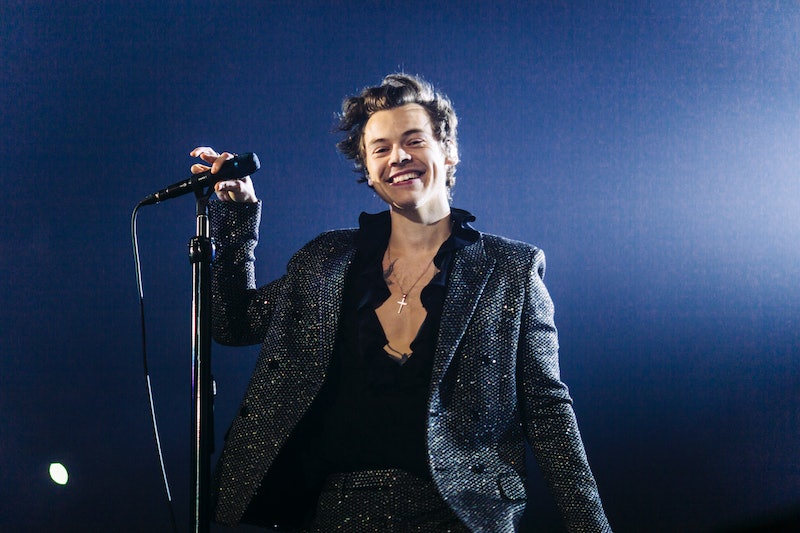 In a new feature with Rolling Stone, Harry Styles spoke about masculinity — and his views highlight the importance of vulnerability. While discussing his upcoming new album, psychedelics, and his One Direction past, the singer and actor — who recently passed on the role of Prince Eric in the The Little Mermaid live-action movie, much to the distress of many — spoke about the impact of being “more open” and vulnerable. “I’m discovering how much better it makes me feel to be open with friends,” he told Rolling Stone. “Feeling that vulnerability, rather than holding everything in.”

Styles continued, “I feel pretty lucky to have a group of friends who are guys who would talk about their emotions and be really open. My friend’s dad said to me, ‘You guys are so much better at it than we are. I never had friends I could really talk to. It’s good that you guys have each other because you talk about real sh*t. We just didn’t.’”

This vulnerability has changed how Styles approached his songwriting process for his next album, a follow-up to his 2017 eponymous debut album, Harry Styles. He explained to Rolling Stone, “For me, it doesn’t mean I’ll sit down and be like, ‘This is what I have for dinner, and this is where I eat every day, and this is what I do before I go to bed. But I will tell you that I can be really pathetic when I’m jealous. Feeling happier than I’ve ever been, sadder than I’ve ever been, feeling sorry for myself, being mad at myself, being petty and pitiful — it feels really different to share that.”

This isn’t the first time Styles has spoken about masculinity. The British singer spoke about the topic in his interview with Timothée Chalamet in Vice’s i-D in November 2018. Crediting the fact that he “didn’t grow up in a man’s man world” but with his mom and sister, he told Chalamet, “I’ve become a lot more content with who I am. I think there’s so much masculinity in being vulnerable and allowing yourself to be feminine, and I’m very comfortable with that.”

He continued in the i-D interview, “Today it’s easier to embrace masculinity in so many different things. I definitely find — through music, writing, talking with friends and being open — that some of the times when I feel most confident is when I’m allowing myself to be vulnerable.”

Styles’ ideals about such has also extended into other artistic forms. The Brit has long been heralded for his gender fluid fashion. At the 2019 Met Gala, which he hosted alongside Lady Gaga, Serena Williams, Anna Wintour, and Alessandro Michele, for example, Styles arrived in a stunning black-laced Gucci ensemble equipped with ruffles and a pearl earring. On tour for his debut solo album, he often rocked extravagant floral suits. In a GQ article that explored Styles’ fashion evolution, writer Rachel Tashjian wrote that the singer’s “gender ambiguity imparts openness and freedom of identity. Designers who have worked with him, as well as fashion chroniclers, praise his ability to communicate through clothing.”

Styles' freedom of identity is also chronicled in his Rolling Stone feature, which opens with a description of the singer's impressive ensemble: a floppy hat, pink and mint green nail polish, and a purse — or, more so, "a yellow patent-canvas bag with the logo 'Chateau Marmont.'" It's the sign of the times: Free expression, not toxic masculinity, will always be fashionable — and Styles knows just that.

More like this
Harry Styles Sent Lizzo Flowers For A *Special* Reason
By Grace Wehniainen
Harry Styles' 'X Factor' Audition Didn’t Start Off As Well As You Thought
By Jake Viswanath
Lil Nas X, Jack Harlow, & Harry Styles Lead The 2022 MTV VMAs Nominations
By Jake Viswanath
Beyoncé & Madonna’s “Break My Soul” Remix Honors A Group Of Black Icons
By Stephanie Topacio Long
Get Even More From Bustle — Sign Up For The Newsletter