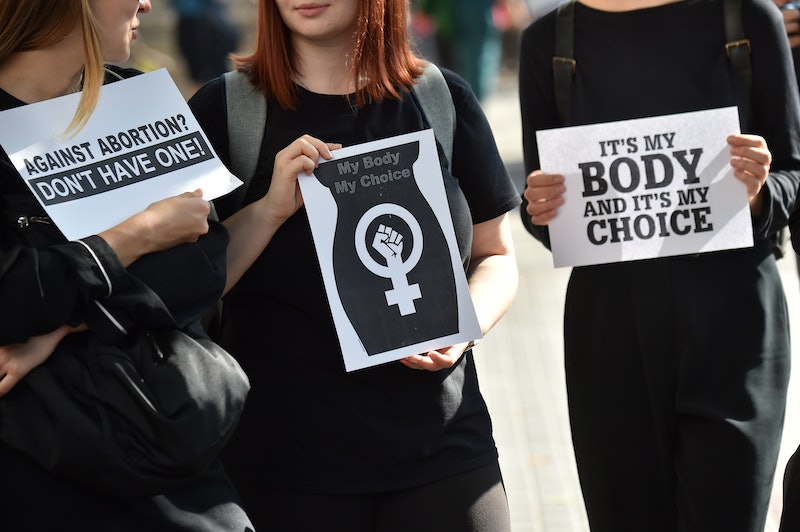 On Tuesday, Oct. 3, the United States House of Representatives passed the Pain-Capable Unborn Child Protection Act — a bill which essentially bans and criminalizes abortions after 20 weeks of pregnancy, in most cases. Indeed, this is not the first time that the Pain-Capable Unborn Child Protection Act has been voted upon. A similar bill passed the House during the 113th and 114th Congress, but failed to receive approval in the U.S. Senate both times.

In January 2017, on the first day of the 115th meeting of Congress, Rep. Trent Franks, a Republican from Arizona, reintroduced H.R. 36, making it eligible for another House vote. In its current form, the bill criminalizes medical providers for performing an abortion after a fetus is 20 weeks. According to GovTrack, the bill targets those who provide abortions, like doctors, nurses, and Planned Parenthood staff, but not the women who seek or receive these abortions. The bill states that the penalty for providing abortions after 20 weeks consists of a fine or up to a five-year prison term. The bill makes exceptions to these restrictions in the cases of rape, incest, or if the mother's life is endangered by her pregnancy.

Proponents of the Pain-Capable Unborn Child Protection Act argue that fetuses can feel pain after 20 weeks and note that, resultantly, abortions after that time period should be banned. Indeed, as reported via Townhall, House Majority Leader Kevin McCarthy recently stated that, “Science is increasingly showing by eight weeks children in the womb react to touch, by 20 and if not before, they feel pain ... Not only can they feel pain but if they are born at 20 weeks, these children increasingly have a chance to live, to grow, and lead full lives.”

However, opponents of the bill point out that science says otherwise. Scientific evidence suggests that fetal pain is nonexistent before the third trimester of pregnancy — and that the Unborn Child Protection Act is simply another way to place limitations on a woman's right to seek abortion services. Indeed, according to Fact Check, a host of studies, including those from the Royal College of Obstetricians and Gynecologists in the United Kingdom and the Journal of the American Medical Association, indicate that fetal pain is likely not possible until the third trimester of pregnancy, which begins at 27 to 28 weeks.

In addition to taking issue with the bill's assertions about fetal pain and the way the bill would negatively affect women, opponents also note that the act might be another Republican strategy to overturn Roe v. Wade. Furthermore, the bill's constitutionality could come into question since Roe v. Wade allows abortions up until fetal viability at 24 around weeks. Thus, passage of the Pain-Capable Unborn Child Protection Act could potentially force a Supreme Court case in the now conservatively-dominated court.

Now that it passed the House, the Pain-Capable Unborn Child Protection Act will likely face an uphill battle in the Senate, as the bill must secure 60 votes for passage. On top of that, several moderate Republicans may oppose the bill. If the bill does overcome its hurdle in the Senate, President Trump has already vowed to sign it into law, saying he would do so in a letter he sent to pro-life leaders during the 2016 presidential campaign.