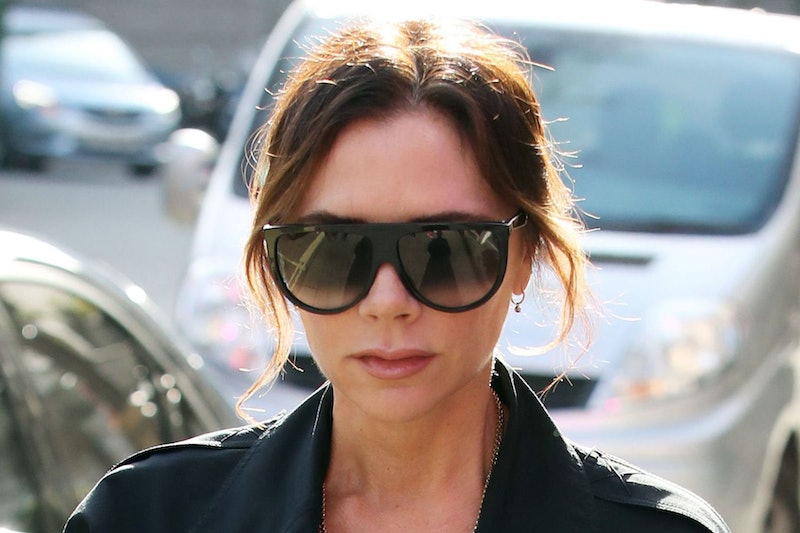 There's no denying that Victoria Beckham is social media royalty. Whether she’s posting a clip of her fabulous day to day life, new fashion collection, or gorgeous family she’s got her 26 million followers hooked. To end up on her Instagram is a pretty phenomenal thing and one new furry face has got fans asking questions. Has Victoria Beckham got a new cat? The adorable fluffy feline appeared in the arms of Beckham and her daughter Harper. It’s got to be said, they both look pretty smitten and the kitty has nailed the perfect insta-pose for its international debut.

While the trailer for Cats the film has had be shook for about 24 hours this feline story is far cuter. On July 18 Beckham took to her Instagram stories to post the cutest picture of her cuddling with a gorgeous, green eyed, fluffy cat. She posted the caption “Kisses X” before sharing a picture of daughter Harper holding the furry friend. Over the picture of her daughter Beckham wrote “Harper is in love.” Believe me, so am I . But does this cat belong to the Beckham's? I need to know.

Well, sadly, it looks like the answer is no.

A representative for Posh Spice confirmed to Metro that the cute puss is, in fact, owned by a friend. Oh well, it definitely had an eye for instagram angles. It has a great modelling career ahead of it VB or not VB.

Posh has shared a ton of cute pictures of Harper and her brothers recently, after they came back from a family holiday in Seville. There's no denying Harper's her mother's daughter as she posed for a picture on her mothers grid earlier in the week next to a sticker of Posh Spice herself.

We stan a Spice Girls fan and Harper has girl power running in her blood. One fan commented on how much Harper looked like her mum. Another wrote, “A New Generation Of Spice “ and legendary actress and model Brook Shields wrote, “Stunning! ...and such a sweet sparkle in her eyes like her Mama.”

While the cute feline would have made the most adorable present and definitely would have fit into the fabulous world of Victoria Beckham, the Beckham household already has a serious number of pets. Prepare yourself if you’re a dog lover, this will be too much to handle. According to Metro they own a shar-pei named Barnaby and two bulldogs, Coco and Scarlet. There's a chocolate coloured spaniel named Olive is part of the Beckham clan and has already made her debut in Vogue. The most recent pooch edition is black spaniel Fig who is featured heavily on Brooklyn Beckham's instagram.

While the gorgeous grey kitty would have made a great addition to the Beckham’s sizeable pet collection I’m not sure a life with so many dogs would have been so much fun. She may live a very glamorous persona and career, but I love the sneak glimpses Beckham affords her fans into her personal life. Her family certainly serve some serious goals.

More like this
Matt Hancock’s TikTok Is The Most Matt Hancock Thing Ever
By Sam Ramsden
David Schwimmer & Gemma Collins Join 'Celeb Bake Off' & Twitter Can't Cope
By Sam Ramsden
Dennis Quaid Dropped A Huge Parent Trap Revelation Via Taylor Swift's "Anti-Hero"
By Catharina Cheung
Here’s How You Can Watch The Grammys 2023 In The UK
By Emma Madden and Catharina Cheung
Get The Very Best Of Bustle/UK
Sign up for Bustle UK's twice-weekly newsletter, featuring the latest must-watch TV, moving personal stories, and expert advice on the hottest viral buys.