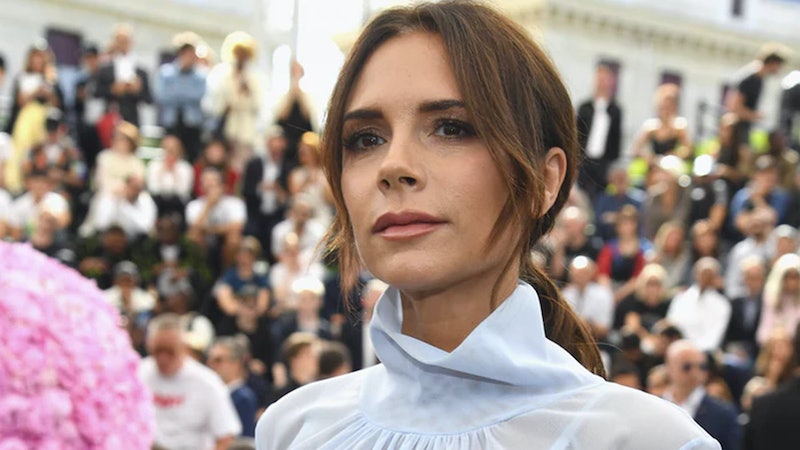 Routines are good and all, but they’re often hard to stick to — especially when it comes to finally getting some shut-eye. More it’s all about finally getting to turn off the lights and forget about the day than worry about a skincare regimen or some downtime. But as Posh Spice will tell you, prepping your skin and body for sleep is vital for the day ahead. By using Victoria Beckham’s before bed routine as a starting point, you’ll be well on your way to feeling a lot more refreshed when it comes to your morning routine.

While making sure you’re in bed at a reasonable hour is the primary goal of any before bed routine, if you have a schedule like Beckham’s and four children to look after, it takes a lot to be under the covers before midnight. “I go to bed between 12 and 1,” she wrote in a feature for Harper’s Bazaar. “I like to get as much sleep as I can. But when you’re a mummy, you kind of — well, it would be nice.”

The fashion designer also revealed to The Guardian that she also struggles to sleep because she wants to continue working. “I get quite obsessive about work. I don’t stop, I have a lot of trouble sleeping,” she said. “I am a real insomniac.”

When she does get the time to chillax before bedtime, it usually involves a good book and a face mask — sounds like heaven to me. “Most of the time, I usually shower because I don’t have time to take a bath,” she told Into The Gloss in 2017.

In her feature for Harper's Bazaar, Beckham mentioned that she usually takes a shower early in the morning before her kids are up. So if she has time to in the evening she’ll take a bath. “I’ve got a really nice, big stone bath in my bathroom. I’m really comfortable in it, but I never have the time to be honest with you.”

“If I can get in bed at a reasonable time, once all my children are in bed, and I’ve put a face mask on and I’m reading my Kindle, that’s a luxury for me.”

Even so, it seems the designer keeps up with a manageable skincare routine before bed. While Beckham focuses more on what she uses on her skin throughout the day, she does mention how she goes about removing her makeup, which is one of the most critical steps of a before bed routine.

“The only face wipes that actually take off all my makeup are the Bioderma ones. I always use a cleanser after, but these wipes really get everything off,” she explained. “Then I use a combination of Sarah Chapman and Dr. Lancer products. I have a few different cleansers because I think it’s important to change up what you use so your skin doesn’t get too used to it.”

A before bed skin routine can be as simple as removing makeup, cleansing, toning, and moisturising. As L’Oréal suggests on their site, “[i]t’s important to go to bed with skin that has not only been cleansed but with skin that is entirely clean,” especially since it's at night that “your skin’s natural recuperating abilities are at their prime.”

So if like Beckham, you have little time to plan a long before bed routine, make sure your skin is getting the most attention before you rest your body.