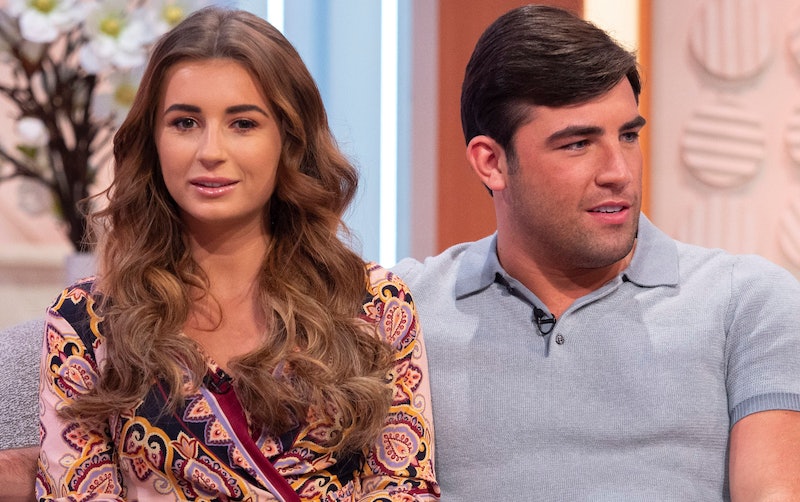 Love Island 2018 winners Dani Dyer and Jack Fincham seemed pretty damn solid when they came out of the villa. The nation's favourite reality couple quickly moved in together, continued to work on TV with one another, and were constantly photographed looking happy and playful. However, it hasn't always been smooth sailing. The couple momentarily broke things off back in December, before getting back together and then moving out separately. And while that was confusing enough, it seems as though they've now split up again. So have Dani Dyer and Jack Fincham broken up for good?

Well, if Jack's latest Instagram musings are anything to go by, it isn't looking good for fans of the couple.

In a post on Instagram stories, Jack (pretty defiantly, may I add) wrote that the two were "not in a relationship anymore."

Check out the full statement:

"There is no easy way to say this and it isn’t going to be an easy time but me and Dani are not in a relationship anymore. We will always care a lot for each other and have love for each other and I mean that from the bottom of my heart and I wish her nothing but happiness."

“We have some amazing memories together and have been through a lot but sometimes things aren’t meant to be and we really did try to make it work but it unfortunately didn’t and that is life."

“That’s all I have to say, a break up is hard enough as it is for both of us let alone in the public eye so I hope everyone is considerate and understands this. X”

And while Dani kept a dignified silence for a minute after this public announcement, she has now briefly addressed the news while promoting her new book, What Would Dani Do?

Speaking to HuffPost UK’s Ash Percival on BUILD, Dani explained: “It’s just one of them things, it didn’t work out. There’s going to be a lot of stuff going on about it, but it’ll be fine." She added: “I wish all the best for Jack, it just didn’t work out.”

The author also hit out against any suggestion that the breakup was a publicity stunt in order to promote her book tour, saying:

"A lot of people are going to be like ‘oh, it’s a publicity stunt’, but to be honest, I’d rather be with someone going through a book tour, it’d be nice to have that." She continued: “But no… it ain’t nice, I don’t think there’s ever a right time for a break-up, is there? No one’s ever going to be like ’this is a nice time, oh, there’s Christmas, oh, there’s a birthday, oh, there’s Easter… there’s never a good time. It’s just happened, but it’s just one of them things.”

Jack and Dani previously broke up in December, with Dani writing her own Instagram post to announce they had parted ways. The break up didn't last for long though, and they were back together shortly afterwards.

Well if this is for good, I really hope both parties are OK in the end.