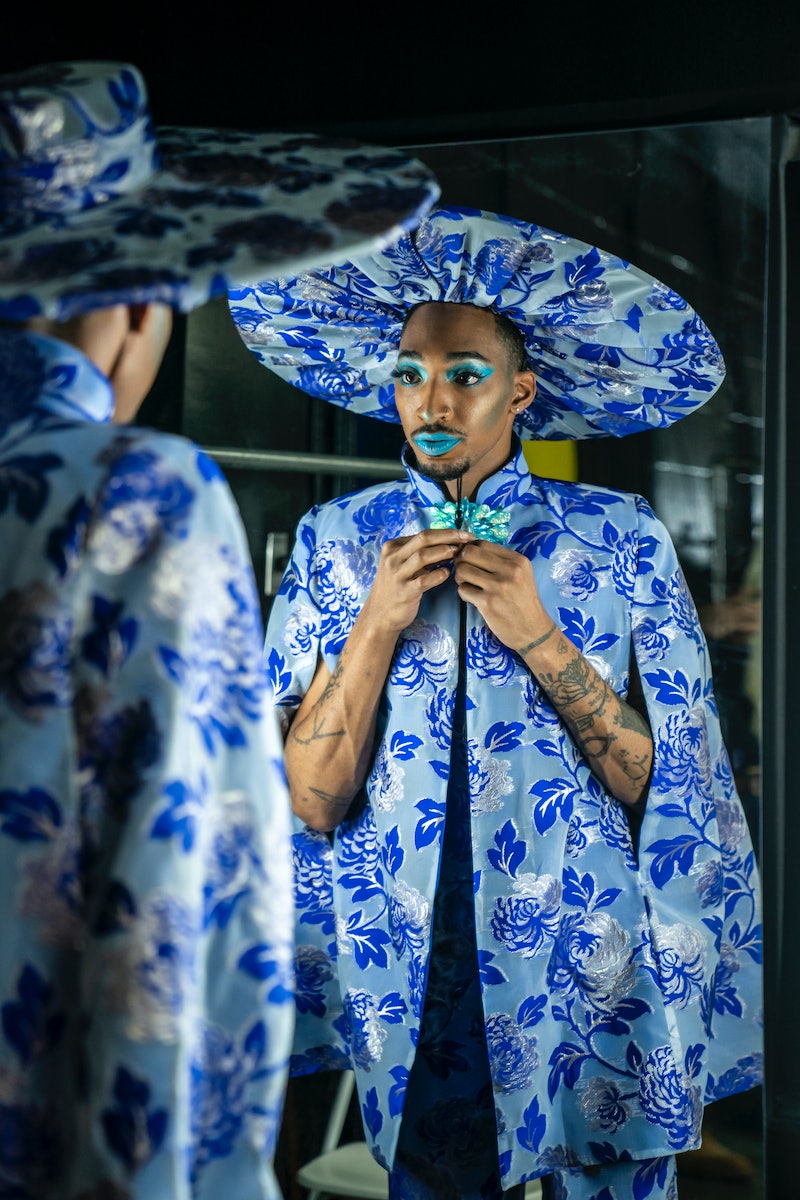 In the words of Madonna, "come on, vogue." The art of voguing is entering the spotlight once again thanks to HBO Max's new series, which is pulling directly from the underground ballroom community and putting performers' skills to the test. And, if HBO Max's Legendary trailer is anything to go by, it's going to be an absolute ball.

The contestants, who come from an array of drag and ballroom communities across the country, are split into eight voguing teams, or "houses," and compete in nine extravagant balls to obtain "legendary" status. As explained in an official synopsis obtained by Bustle, each team must perform intense choreography, vogue with perfect precision, and "display sickening fashion" in order to move on to the next round. The final team remaining will take home a $100,000 grand prize — and have bragging rights as the best voguing squad around.

Judges Jameela Jamil, Megan Thee Stallion, Law Roach, and Leiomy Maldonado will oversee the contestants, while MC Dashaun Wesley and DJ MikeQ will host and provide the bumpin' soundtrack. The new trailer shows Megan as she serves dramatic looks and shows all the judges how it's done on the runway, so you already know the contestants are in good hands.

Legendary was a hot rod of controversy when the show was initially announced, with many criticizing Jamil and Megan's roles as judges by claiming they had no ties to the LGBTQ+ and ballroom communities. The backlash made Jamil come out as queer on Twitter (she regrets the timing) and explain that she wants to use her "privilege, power, and large following" for the show's advantage. “I really want to utilize my platform to share with other communities that need to be highlighted,” she said in an interview with PEOPLE. “I think that this community deserves more attention and more love. And it shouldn’t only exist on the outskirts.”

Despite the focus on dancing, fashion, and fabulous judges, the trailer proves that these performers are indeed front-and-center, as Jamil promised. In the new trailer, the contestants explain what ballroom culture means to them. “You’re taking what people hate about you and putting it in their faces," one said in a voiceover. "It's empowering." And by the looks of it, Legendary will be a whole new level of empowerment for these performers.

More like this
Here’s What Happens To Bill & Frank In 'The Last Of Us' Video Game
By Brad Witter
Everything To Know About 'The Real Housewives Ultimate Girls Trip' Season 4
By Jake Viswanath
Andy Cohen Apologized To Larsa Pippen After A 'RHOM' Season 5 Reunion Dust-Up
By Brad Witter
Linda Ronstadt’s “Long Long Time” Plays A Pivotal Role In The Last Of Us
By Brad Witter
Get Even More From Bustle — Sign Up For The Newsletter
From hair trends to relationship advice, our daily newsletter has everything you need to sound like a person who’s on TikTok, even if you aren’t.