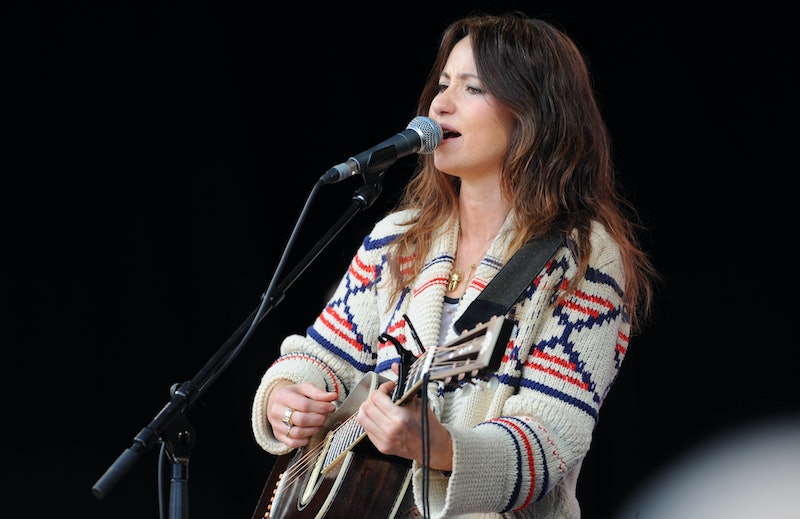 In 2018, UK festival line-up statistics were still rather disappointing. 70 percent of festivals featured all-male bands, leaving many to wonder why female artists were still being dismissed. These figures come from the founding members of the UK's first all-female festival, HearHer: three days of musical bliss performed exclusively by female artists.

Set to take over Dorset's Sandford Holiday Park from Oct. 11 to 13, HearHer has enlisted over 20 incredible performers to share their talents with the nation. The festival has been curated by singer-songwriter KT Tunstall and actress-slash-musician Heather Peace (who you will recognise from your favourite teenage series, Waterloo Road).

Peace actually started HearHer two years ago under another name: the Diva Music Festival. Partnering with Diva magazine, it aimed to be a safe space for the music-loving queer community. Now, with Tunstall on board, the team felt "it was important to recognise the broad appeal of a festival for all women."

The headline acts are two young women who have dominated the scene in recent years. Shura — who is preparing to release her new album on August 16 — will be the main Friday night act while 22-year-old rising star Soak will be taking over the Saturday night stage.

Tunstall will also be appearing as a DJ alongside the likes of The X Factor's Saara Aalto and electro-pop sensation Grace Savage. Expect more mega performances led by a range of talented women, including YouTuber turned performer Hannah Trigwell and Yorkshire-based group Bang Bang Romeo.

"Being the co-founder and artistic director of HearHer is one of the things I am professionally most proud of," Peace said in a statement sent to Bustle. "We've created a festival that nurtures new talent alongside established, brilliant female artists and female-led bands. It's time the major festivals realised that the gender imbalance just isn't good enough. There are brilliant women making music all over the world and not being heard.

"At HearHer, I believe we have created an inclusive atmosphere where everyone can feel safe to enjoy themselves and party. I want HearHer to be a place where women support women in their careers, in front of and behind the scenes. When we all work together, with the support of our brothers too, we can really make a difference for girls and women.”

HearHer is designed to be an intimate setting with just 1500 tickets up for sale. Adult tickets cost £35 for Friday and £45 for Saturday. Alternatively, the entire weekend will set you back just £94. Accommodation can be rented or brought along by festival-goers. A number of two-, three, and four-bedroom caravans are available; some are even dog-friendly, so your furry friend can tag along. Attendees are also welcome to bring their own tent or campervan.

As well as offering established and up-and-coming artists the space they deserve, the festival is also planning to help fund female talent's records and inspire young women to enter the music industry by visiting schools across the UK.

Eventually, it is hoped that more festivals will take a gender-equal approach. To encourage this, HearHer is working with the PRS Foundation's Keychange: an initiative that is urging festivals to commit to a 50/50 gender split on their line-ups by 2022. Almost 200 festivals have signed up so far.