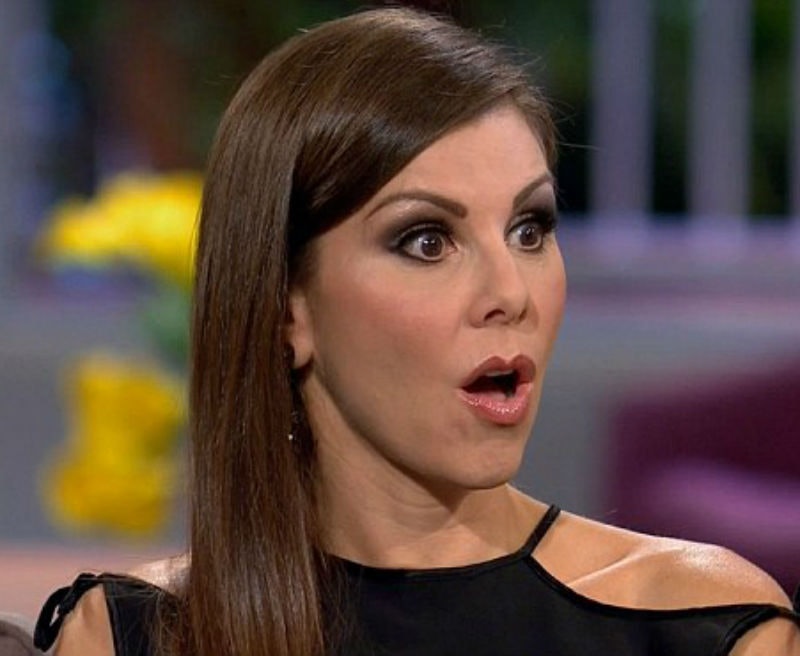 I'm going to begin by channeling my inner Stephanie Tanner and saying, "How rude!" Heather Dubrow is leaving Real Housewives of Orange County, the now former Bravolebrity announced on Friday during her podcast. "If you’re wondering why I’ve decided to not come back, it wasn’t an easy decision," she said. "You know, it’s hard to walk away from something, first of all, that’s been successful for five years, and truly has given us so much. But I just feel like, right at this particular point in time, a couple of things [changed my mind]."

"First of all, my kids. My oldest kids are now teenagers, and I just felt like they need to make their own decision about being on television and exposing their lives, and for me personally, I have some really cool, interesting opportunities that I want to explore. I don’t know where they’re going to go, but I want the opportunity to explore them. I felt like I was at a tipping point, and just… it was time. But, it’s all positive and I wish them all the best."

While I totally understand all of that and respect her decision, I can't help but be a little upset. I mean, you're telling me that not only is one of my favorite Housewives not returning, but she is leaving before giving a grand tour of her ginormous fancy pants home? For the past couple seasons, a huge part of Dubrow's storyline has been her family's luxurious new mansion.

Fans watched Dubrow pick out accessories, including fancy ice cubes for her refrigerator. There was also that extremely heated party that took place in it during construction when Meghan King Edmonds called Vicki Gunvalson an "old woman who's pissed off and bitter at the world." There were so many good memories (and dramatic ones, at that) surrounding it and knowing that viewers won't even get to see inside it of it on the show is a major letdown. (That said, Dubrow has shared and continues to share pics of her home on social media.)

This is the second piece of RHOC exit news that has surfaced this week. On Thursday, reports surfaced that Edmonds is also leaving. That has yet to be confirmed. Bustle has reached out to Bravo for comment, but did has not yet received a response.

If true, what is the original Housewives series going to look like without both Dubrow and Edmonds? It will certainly have a different vibe, but if both Tamra Judge and Gunvalson decide to stick around there won't be any shortage of drama.

As for Dubrow's departure, what can you do? I guess I'll just have to wait around and keep my fingers crossed that Dubrow will either get her own reality show or give her fans a tour sometime in the future. The good news is she told Bravo's The Daily Dish, "Should I change my mind, I thank Andy Cohen, Evolution and Bravo for telling me that the door is always open."

Well, at least there's a chance she could return at some point in the future, but for now I'll continue to hold a little grudge.