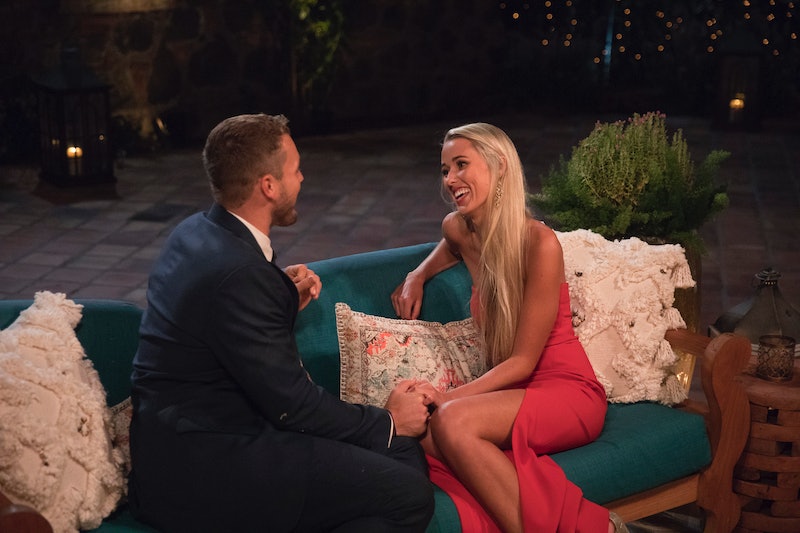 One of the great things about watching any given Bachelor premiere is finding out what will be listed under each contestant's official "occupation." Mostly because a lot of the time it's not even an actual occupation at all. (Remember when Kamil from Becca Kufrin's season was a Social Media Participant and Lucas' job from Rachel Lindsay's season was simply listed as "Whaboom?") Colton's Bachelor contestant Heather has been given a similar treatment by having her profession be "Never Been Kissed." However, after browsing Heather's Instagram before The Bachelor, you'll soon realize that there's a lot more to this contestant than her virginity status or kissing history.

Much like how Colton's virginity has been a central focus of the season, Heather's edit has always centered around the fact that she has very limited experience when it comes to the physical side of a relationship. Heather has never kissed anyone before, which apparently also means that she too is a virgin. And that's pretty much all we really know about her so far. The only real screen time she's been given was to inform Colton of her dating experience (or lack thereof) and when she encouraged Hannah B. to confront Colton about her pageant history with Caelynn (which some fans took as her way of stirring the pot).

Aside from that, though, Heather remains a little bit of a question mark. Does she have more in common with Colton than just their shared virginity? One look at her Instagram proves that there's a lot more to her than meets the eye.

While Heather doesn't have a ton of photos posted on her account, one thing that stands out as being very clear is the strong and loving relationship she has with the rest of her family. In fact, they show up quite a bit on her social media page, whether it's to celebrate the holidays, wish them a happy birthday, or simply to highlight how much she loves them. All in all, it's pretty adorable and probably a side of her Colton would love to see.

This birthday message to one of her sisters, for example, shows a sweet, caring side of her that has yet to be fully highlighted on the show thus far.

Back in September 2016, Heather wrote:

"Happy birthday to the craziest human being that I know! Coles you are such a bright light in so many lives and I feel so lucky to be your sister! Thanks for the non-stop laughing! Love you to the moon!"

Given how important family is to Colton, and the fact that he himself hopes to start a family of his own some day, it would be great for him to see this side of Heather and realize that they have some big shared values.

It could be a great way for her to stick out among the other women (in a good way) and prove that just because she's never been kissed doesn't mean that she wouldn't make for a pretty fantastic life partner.