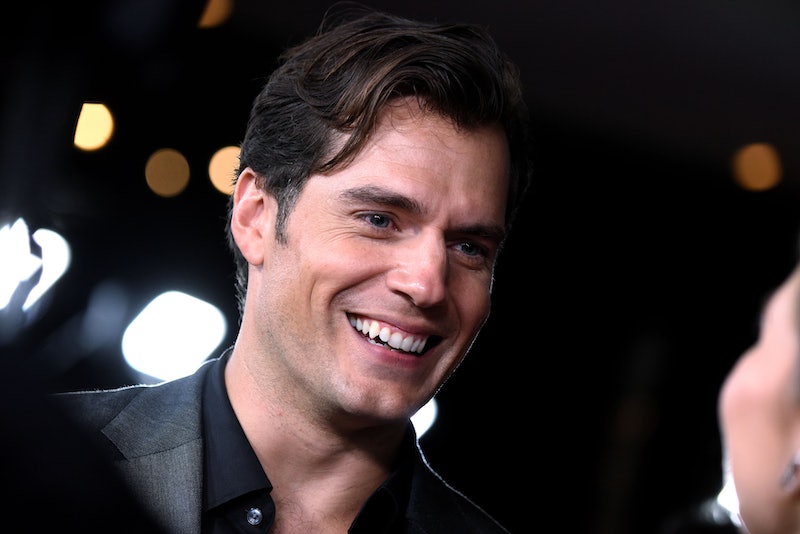 With multiple TV dramas and film adaptations, the fictional character of Sherlock Holmes has most certainly had his fair share of on-screen representation. And get ready Sherlock fans, because the iconic detective is being brought to life once again in the upcoming film Enola Holmes. The flick is based on Nancy Springer’s book series, and taking a break from his usual action movie antics, actor Henry Cavill will play the character of Sherlock Holmes.

As reported by Variety, the Mission: Impossible star will portray the legendary character in the new film that is based on The Enola Holmes Mysteries novels. The book series centres around the adventures of Sherlock and Enola, Mycroft Holmes’ teenage sister, who often ditches her prestigious school in order to solve a variety of intriguing cases.

According to The Hollywood Reporter, the cast of Enola Holmes is set to include Harry Potter's Helena Bonham Carter as Enola’s mother, and Stranger Things star Millie Bobby Brown in the title role. Brown will also work as a producer on the upcoming adaptation. The film will be directed by Harry Bradbeer, who is perhaps best known for his work on Killing Eve, whilst His Dark Materials writer Jack Thorne has been sworn in to adapt the script.

As reported by the Daily Mail, readers were first introduced to the Nancy Springer novel series back in 2006, following the release of The Case of the Missing Marquess. It is not yet known if the on-screen adaptation will directly follow the events of the books, and characters such as Mycroft Holmes, Inspector Lestrade, and Lord Tewskbury have yet to be cast in the film.

The Enola Holmes Mysteries first begin on the title character's fourteenth birthday, when she that discovers her mother has gone missing. Enola's brothers — Sherlock and Mycroft — arrive at the conclusion their mother left by her own accord, however, Enola begins to have doubts after discovering ciphers her mother left behind before disappearing. Sherlock and Mycroft end up trying to send their sister to a fancy boarding school, however Enola flees to London, where she winds up solving a range of mysteries whilst trying to avoid being caught by her siblings.

According to NME, the film is scheduled for a 2020 release, and actor Cavill, who will take on the iconic role of Sherlock Holmes, is rumoured to be leaving the Superman film franchise — a role he is arguably most notable for. In a statement released last September, Warner Bros previously responded to the heavy speculation surrounding Cavill's departure from the DC Comics film series. The statement said:

"While no decisions have been made regarding any upcoming Superman films, we’ve always had great respect for and a great relationship with Henry Cavill, and that remains unchanged."

Elsewhere, co-star Millie Bobby Brown is preparing for the highly-anticipated return of Netflix's Stranger Things — which is set to arrive on the streaming platform on Monday, July 15.

Due to a very impressive lineup of talent both on and off screen, Enola Holmes is sure to be a brilliant addition to the world of Sherlock, and I cannot wait for its release.

More like this
Candice Brathwaite Is Over Using Her Own Life For Material
By Shahed Ezaydi
Lewis Hamilton Turned Down A Role In 'Top Gun: Maverick' For This Surprising Reason
By Darshita Goyal
The Sean Bean Intimacy Coordinator Controversy, Explained
By Sam Ramsden
Gassed Up Promises All Things Action, Risk, & Redemption
By Frances Stewart
Get The Very Best Of Bustle/UK