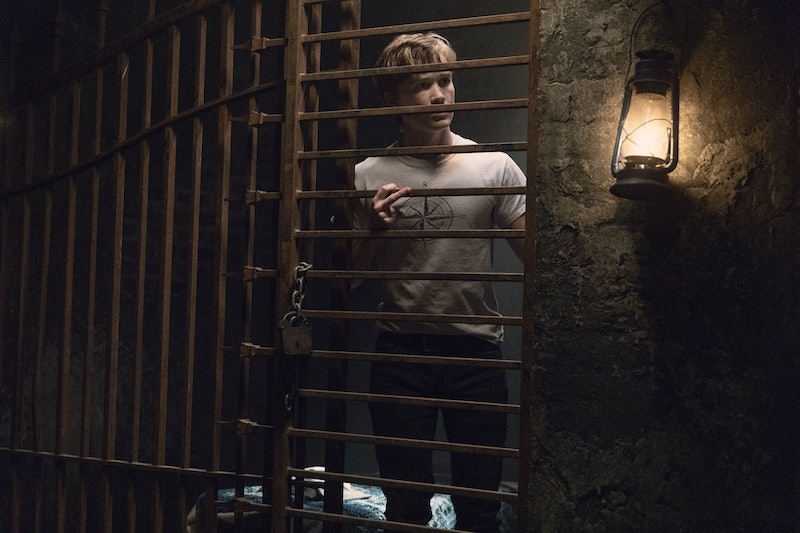 Last week’s episode of The Walking Dead took fans back to the early days of the apocalypse via Lydia’s flashbacks about her father and her mom Alpha. Her story gained the sympathy of Daryl, but she already had the eyes and ears of Henry as they continued to form an unlikely bond in the Hilltop’s jail quarters. Henry and Lydia’s relationship in the comics didn’t exist because he’s not a comic book character, but the basis of their bond does come from a very important story arc.

Uproxx previously reported that Henry would take on Carl’s comic book stories, which makes sense considering he is around the age Carl was in the comics during this time period. In the comics, Carl was training to be a blacksmith at the Hilltop when he got into a scuffle that resulted in Maggie locking him up in a cell beside Lydia. Carl and Lydia formed a close, romantic (albeit weird) bond that eventually ends with him leaving the Hilltop to go after Lydia after she is released by Maggie.

Carl's journey led him to the Whisperers, which gave readers insight into how the group lived and resulted in Rick coming to rescue him. A domino effect leads to a lot of people dying and Lydia shows remorse for being with the Whisperers by officially becoming a part of the Hilltop collective. Carl and Lydia are actually still alive and together in the comics right now, so this was far more than just an apocalypse fling.

The TV show seems to be following in the comic’s initial footsteps with Henry training to be a blacksmith, getting locked up, and connecting with Lydia in the cell block as they discuss their lives. And, their interactions also have some pretty weird moments, including eating worms before she considers bashing him in the head with a hammer. There’s a clear attraction between them, but the trajectory of their relationship could change if the series deviates from the comics.

Lydia seems a bit less trustworthy than her comic persona, so she may be playing Henry to relay information about to Alpha. Lydia may also initially decide to defend her mother but then switch over to the Hilltop’s side after a bloody battle. It would be strange for her to die quickly or never form an actual romance with Henry, but anything is possible in the TV series. Henry isn’t quite as smart or resourceful as comic Carl, so his relationship with Lydia could prove to be deadly, especially after he spilled the beans about the Hilltop’s location. Way to go, Henry.

A Walking Dead sneak peek into episode 11 suggests that the war will begin after an exchange between Daryl and Alpha. And, fans are curious about how much of Carl's storyline will be infused into Henry's arc during this pivotal time. Will he end up being taken by the Whisperers? Will his blabbering about the Kingdom lead to his own father's death? There's a ton at stake and this budding romance seems to be at the center of it all.