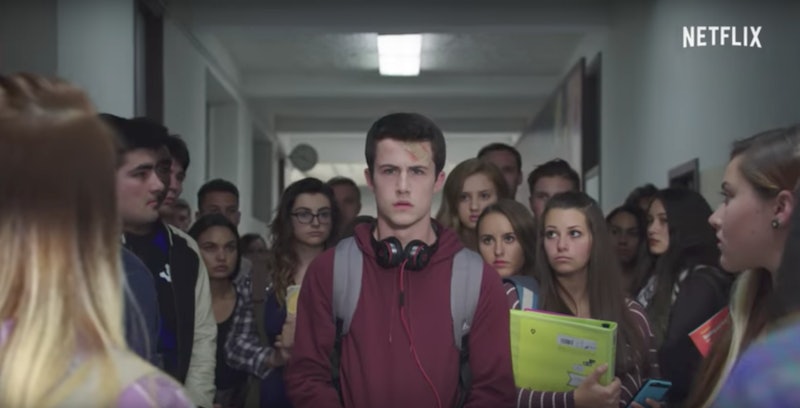 It's no secret that the Netflix drama 13 Reason Why has caused quite a stir since it's release back in March of this year. And now that the highly controversial show has officially been renewed for a second season, new details have begun to emerge, giving both fans and critics much more to talk about until the series makes its big return in 2018. Until then, here's everything we know about 13 Reasons Why Season 2 so far.

As fans know, the first season followed the story of Hanna Baker, a high school junior who commits suicide and leaves behind a series of tapes, explaining the 13 reasons why she decided to end her life. And while there may be no more tapes to explore in terms of Hannah's death, it appears that her storyline is not quite over yet.

According to a five-part list posted to Netflix's official Twitter account on May 9, there are quite a few questions that will be hopefully be answered in the second coming of the harrowing series that revolves around the sensitive topics of bullying, rape and teen suicide.

For starters, the numbered list notes that viewers will get see other's thoughts and perspectives on Hannah's tragic story, perhaps, lending more insight into other struggles that the teen may have been facing in the time leading up to her death.

It also reveals that Hannah's one-time friend, Jessica Davis' story will continue as recovers and tries to return to normal after learning that she had been raped by Bryce Walker while unconscious at a party.

Although Hannah's story may not yet be complete, Netflix notes that there will, in fact, be a new narrator as there are no more tapes left behind in the teen's recorded diary. The forthcoming season will also reportedly explore the difference in how boys are raised into men and girls are treated in current society, while analyzing what could be done to make things better on both sides.

And then there's, perhaps, the most highly anticipated revelation for fans of the series – the suggestion that story's serial rapist, Bryce, will finally "get what's coming" to him.

In an interview with Entertainment Weekly, show-runner Brian Yorkey revealed that the Season 2's storyline will pick up a "number of months" after the first season ended. So, fans can rest assured that a lot of the series' cliffhangers will finally be answered when the show resumes streaming next year.

I don't know about you guys, but I certainly can't wait to learn of Bryce's fate when 13 Reasons returns. I'm sure I'm not the only one...