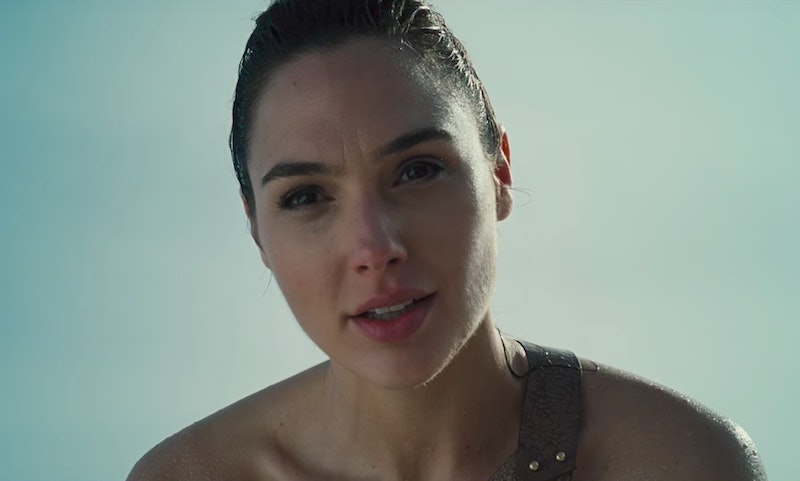 Despite the positive reviews the film has been receiving from critics,Wonder Woman has been banned in Lebanon. The news was confirmed by the Associated Press on Wednesday; an official, who spoke to AP on the condition of anonymity, claimed that "the ban issued by the minister of interior Wednesday has been relayed to the distribution company." A spokesperson for the Lebanese Ministry of Economy and Ministry of Interior could not immediately be reached. Warner Bros. declined to comment on the story.

According to Variety, a group called Campaign to Boycott Supporters of Israel pressured the government in Beirut to pull the movie due to the leading star, Gal Gadot, being Israeli and a former soldier in the country's army. Since Israel is officially at war with Lebanon, the tensions were enough for the group to successfully get the movie barred hours before the film was scheduled to screen. "We now await the implementation...," a member of the boycott group said on Tuesday, according to Esquire. "Even if it is one hour before the show, they should ban it anyway."

The film went through its normal censorship procedures, but was banned by a six member committee of the Ministry of Economy. The news was officially announced via Twitter on Grand Cinema Lebanon's feed. According to Variety, the country has been exposed to several other films starring Gadot, including Fast and Furious 6, Furious 7, and Batman v. Superman: Dawn of Justice.

Fans of the DC Universe are taking to social media to express their opinions as well. The decision to ban the film in Lebanon has naturally begged questions on Twitter as to why they won't be showing this particular Gadot film with just hours to spare, even though the plot has nothing to do with Lebanon or Israel.

In 2004, Gadot served a mandatory two years in the Israeli army. According to theWashington Examiner, the actress still supports her country; in 2014, she posted a message in support of the Israeli military on Facebook which read:

I am sending my love and prayers to my fellow Israeli citizens. Especially to all the boys and girls who are risking their lives protecting my country against the horrific acts conducted by Hamas, who are hiding like cowards behind women and children...We shall overcome!!! Shabbat Shalom!

Gadot also told Glamour in 2016, "I wish no country had the need for an army. But in Israel serving is part of being an Israeli. You've got to give back to the state. You give two or three years, and it's not about you. You give your freedom away."

For now, according to Deadline, Wonder Woman is still set to debut in UAE, Kuwait, and Qatar and will release in late June for Oman and Bahrain.