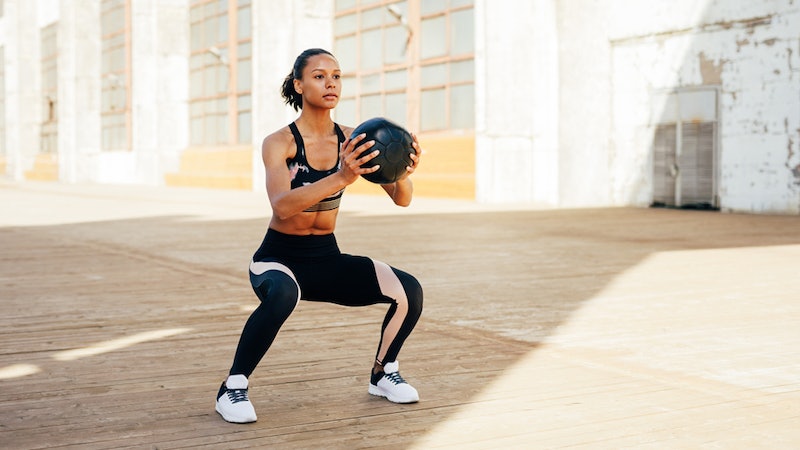 High-intensity interval training, better known as HIIT, has grown in popularity over the years as the go-to way to stay healthy, because it’s a fast way to get your recommended daily physical activity in. But it’s not the most accessible form of exercise for all sorts of reasons. Despite this, research shows that certain activities you're already doing can actually have a similar impact to HIIT. That’s why a group of academics from several universities across Europe published an editorial in the British Journal of Sports Medicine that says high-intensity incidental physical activity is the new exercise trend that’s made for everybody, no matter how old you are or your level of physical ability.

The editorial was co-authored by academics from the University of Sydney, Loughborough University, University College London, Norwegian University of Science and Technology, and the National Research Centre for the Working Environment — Denmark, according to a news release. They decided to write the editorial after the 2018 U.S. Physical Activity Guidelines eliminated the requirement stating that you have to do physical activity for at least 10 minutes at a time, the news release said, a guideline the authors say never had any scientific backing.

Based on these changes, their recommendation is for people to adopt high-intensity incidental physical activity, or HIIPA for short. Not to be confused with HIPAA, or your health care privacy rights, HIIPA involves using the science of HIIT and incorporating it into activities that you’re already doing every day, according to the news release.

Let’s back up a second. For background, HIIT programs include short bursts of intense physical activity performed at your maximum effort, says Mayo Clinic, following short periods of low-intensity work to give your body a chance to recover. Your typical HIIT workout might include a three-minute warmup, four 30-second sprints, a 60-second active recovery, and a three-minute cool-down, according to Mayo Clinic. The science behind HIIT is that you purportedly get the same results as endurance training in less time, says Mayo Clinic.

“[HIIT] interval training has gained interest lately because research has suggested that you make similar gains in cardiovascular fitness as you would with traditional endurance exercise regimens, but with shorter periods of exercise,” Dr. Neel Chokshi, director of PennMedicine’s Sports Cardiology & Fitness Program, said in a PennMedicine blog post. “So, if you do not have time for the traditionally recommended 150 minutes of moderate intensity exercise each week, this may serve as a substitute.”

But if the HIIT workout I described sounded super, well, intense and not for you, you’re not the only who feels that way. That’s why the authors of the editorial are recommending a new approach to HIIT — HIIPA — using the same science. The authors say the elimination of the 10-minute requirement means that you can use things you’re doing in your daily life — they’re calling this “incidental physical activity” — to get the physical activity you need to stay healthy.

"Regular incidental activity that gets you huffing and puffing even for a few seconds has great promise for health," Emmanuel Stamatakis, professor of Physical Activity, Lifestyle, and Population Health in the University of Sydney's Charles Perkins Centre and School of Public Health, said in a news release.

The authors say incidental physical activity can include climbing a few flights of stairs, housework, shopping, active commuting, and can last from a few seconds to a few hours. It all depends on what gets you “huffing and puffing” more, the authors say.

"The beauty of HIIPA and the idea of using activities we are already doing as part of everyday life is that it is much more realistic and achievable for most people,” Professor Stamatakis said in a news release. “It's just about making good decisions, like parking the car at the edge of the carpark and carrying shopping for 50 or 100 metres [sic]."

So if doing a super intense workout just isn't for you, don't worry about it. More and more research is saying that taking some of your daily activities up a notch is a great way to make sure you're getting enough physical activity in. Plus, dancing through a parking lot or racing a friend up the stairs can be a fun break in your day.