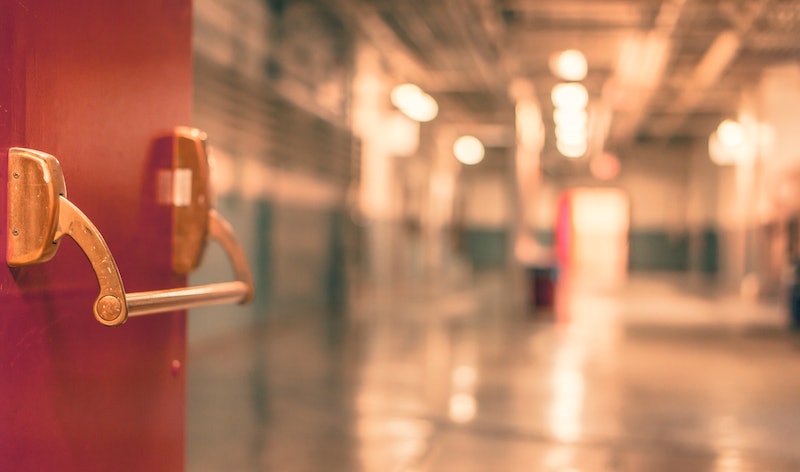 Nap time at school isn’t just for toddlers anymore. Some high schools in New Mexico have installed nap pods, with the aim of helping their students get a little more rest throughout the day. Wow — where were these back in my high school days?!

The idea behind the pods is to encourage teenagers to catch up on their sleep, so they can function better throughout the day. According to The National Institute of Health, all students are supposed to get between nine and 10 hours of sleep a night, but only a third of teens even get eight hours of sleep. The lack of shut-eye can throw off their focus and concentration in classes the next day.

The New Mexico high schools are now hoping to counteract this problem with these pods. Constructed by MetroNaps, the pods feature a one-touch start button that activates a relaxing sequence of music and soothing lights. Some also come equipped with headphones. After 20 minutes, the pod starts to gently vibrate and an uptempo beat begins playing to wake the student. Sounds pretty darn great, right?

But the best part? The pods are actually working. Since the first one was installed back in 2008, the school has reported slew of positive effects in students, especially in those who suffer from sleep issues or anxiety. If a kid is struggling from exhaustion or stress, they can just grab 20 minutes in a nap pod and wake up refreshed, instead of stumbling through the rest of day like a zombie.

And they're not just for students. “Teachers came in, stressed out, and we’d put them in the pod,” school nurse Sandy Peugh told the Sante Fe New Mexican.

I’m personally fully on board with the idea of nap pods both at work and at schools, as long as they’re used correctly. After all, the sad reality is that most adults and teens are functioning on way too little sleep these days. If a quick power nap in a pod can revitalize you and help get you back on track on a tough day, why not?