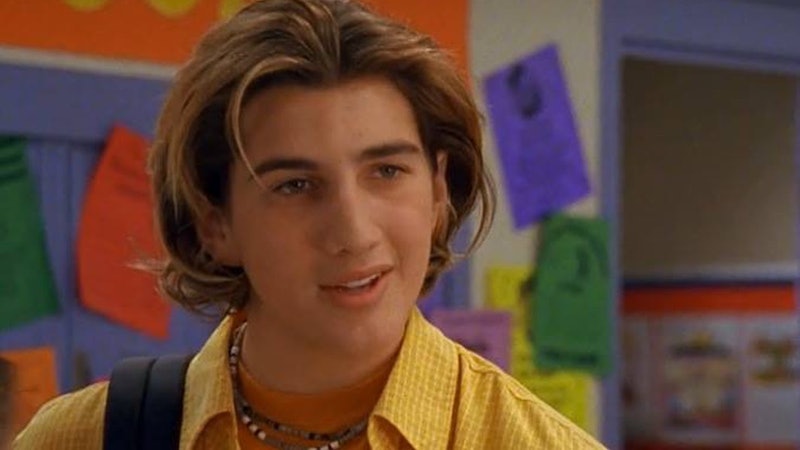 This is what dreams are made of: Hilary Duff said Ethan Craft and Lizzie McGuire might have "a thing" in the Disney+ reboot. In an interview with E! News on Nov. 7, Duff shared details about the Lizzie McGuire revival and suggested that a familiar face from the 2001 Disney Channel classic would return to the series. While there has been no confirmation about the return of Lizzie’s high school friends Gordo (Adam Lamberg) or Miranda (Lalaine Vergara-Paras), her high school crush Ethan (Clayton Snyder) and his perfect head of hair just might return to Lizzie’s life.

Set to be helmed by original series creator Terri Minsky, the Disney+ reboot will follow Lizzie as a 30-year-old millennial as she navigates life in New York City as an assistant to an interior designer. At the D23 Expo in August, Duff teased of Lizzie’s life, as per Entertainment Weekly, “She has her dream guy, who owns a cool SoHo restaurant. She has her dream apartment in Brooklyn. And she’s getting ready to celebrate her 30th birthday.”

Snyder’s possible return as Ethan Craft wouldn’t make him the only beloved character to join the reboot. Disney+ announced on Oct. 24 that Hallie Todd, Robert Carradine, and Jake Thomas will reprise their roles as Lizzie’s parents, Jo and Sam, and brother Matt, respectively. Given that Duff has previously revealed that Lizzie will inevitably return to her California roots, the return of the McGuire family should come as no surprise.

“She’s not going to stay in Brooklyn too long, actually," Duff told Vulture in September. "That’s where she’s been, but she’ll be coming back to Los Angeles. She’s forced out of New York. She’s like, I can’t be here anymore.”

As for how Ethan will fit into Lizzie’s new life, the storyline remains a mystery for now. In an interview with the Today show in April prior to the reboot announcement, however, Snyder dished on where he believes Ethan Craft is now. “Ethan could be a used car salesman to a politician,” Snyder said. “He can really go anywhere, or fall anywhere on that map.”

Synder also gave a resounding “no” when asked if he believed Lizzie and Ethan would be together now. “That's gonna be a hard no, if Lizzie has any sense,” he said. “God, save her soul, if she is!”

The Lizzie McGuire reboot will debut on Disney+ in 2020.

More like this
Hilary Duff Is “Optimistic” About A 'Lizzie McGuire' Reboot
By Alyssa Lapid
The Banned 'Friends' Ad Shows Monica As You’ve Never Seen Her Before
By Sam Ramsden
Ashton Kutcher Wants Danny Masterson “To Be Found Innocent” In Rape Retrial
By Jake Viswanath
'Abbott Elementary' Fans Probably Missed This 'Parent Trap' Easter Egg
By Sam Ramsden
Get Even More From Bustle — Sign Up For The Newsletter
From hair trends to relationship advice, our daily newsletter has everything you need to sound like a person who’s on TikTok, even if you aren’t.