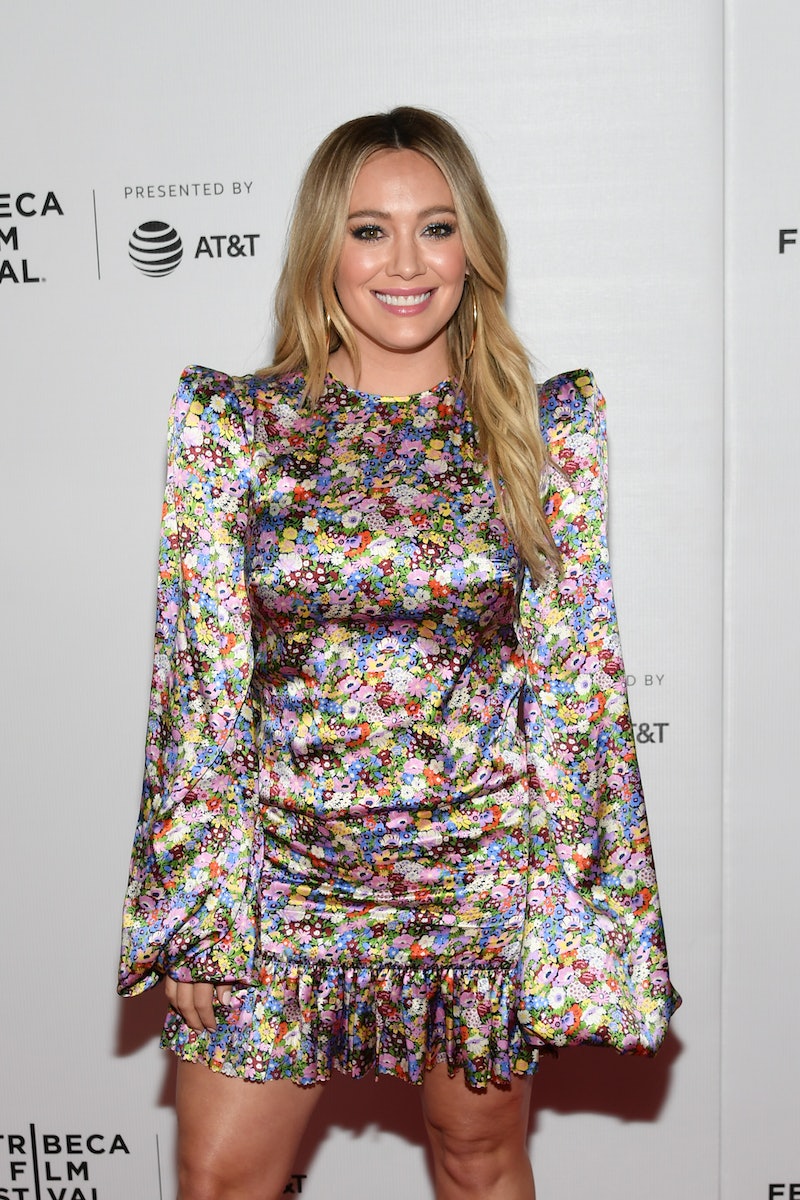 It's been seven months since Hilary Duff and fiancé Matthew Koma welcomed their daughter, Banks, into the world, but it looks like this little lady is fitting in with them perfectly. On Monday, Duff shared a new family photo where everyone was wearing onesie animal pajamas, and not only was the photo adorable, but it also proved that this fam isn't above wearing matching outfits.

In the photo, both Duff and Banks are dressed as unicorns, while Koma and Duff's son Lucahi are both dinosaurs. The guys are the only ones looking at the camera, while Duff and Banks are looking at each other, but this photo still makes their family seem like a total blast. It probably won't be forever that Duff can convince her kids to match with their parents, and it seems like she's really soaking up this time while she can.

Duff's kids definitely deserve some extra credit for this one. After all, their outfits look really comfy, but they were all probably pretty warm, being that they're standing outside during Memorial Day weekend. That just goes to show the kind of commitment they had to their matching onesies, and it seems like her followers definitely appreciated it. And good for Luca and Banks for playing along, even though Banks looks like she's not so sure about being a part of this family after posing for this photo.

Since Banks was born in October, she's been making regular appearances on Duff's Instagram, and so far, it seems like everyone is adjusting well to becoming a family of four. Although Duff has been open about her struggle to breastfeed and other realities of motherhood that people don't always talk about, it does look like she's really happy these days. And the fact that she now owns a unicorn onesie? Well, that's just the icing on the cake.

It's hard to believe that Banks is already seven months old, but she's grown up so fast, and Duff has been sharing so many of the milestones she's hitting with her fans. Last week, Duff posted a video of her daughter crawling for the first time, with Koma filming as Duff and Luca cheered Banks on until she managed to get herself over to where they were waiting for her.

And speaking of other happy, adorable moments in Duff's life? Earlier this month, she and Koma got engaged, and she shared the news with some seriously sweet photos of the two of them (and her ring) on Instagram, writing, "He asked me to be his wife."

Looks like Banks' parents will be walking down the aisle soon... and maybe their honeymoon will involve these same animal onesies. They would make for some pretty funny photos.

Here's hoping that more adorable pics that include the whole family are on their way — with the onesies or without. So far, it seems like Duff is loving every minute of being a mother of two, and it's so much fun to follow along and watch it all happen.