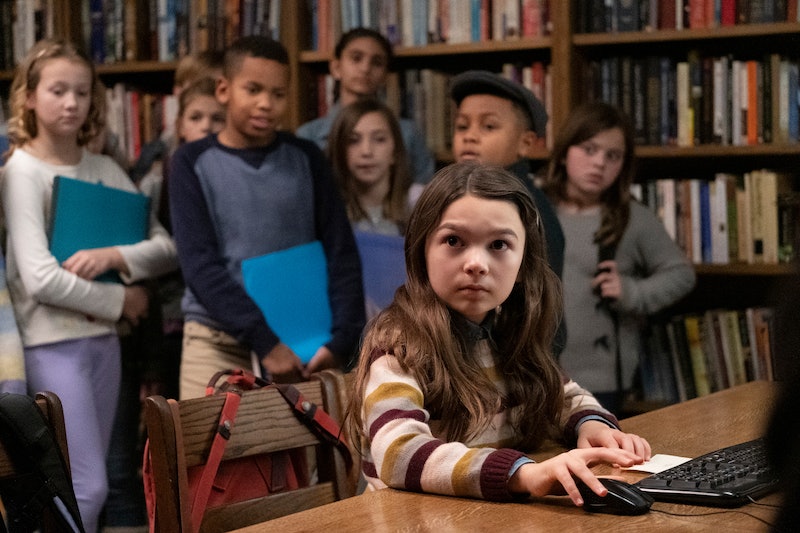 Apple TV+'s Home Before Dark follows a kid journalist investigating a murder. That may sound like a great set-up for a sitcom, but the show is actually inspired by the true story of young journalist Hilde Lysiak (played by Brooklynn Prince in the show). Hilde really did start a monthly paper when she was just 7 years old, and by 9 years old she was covering local homicides in the Selinsgrove, Pennsylvania area. To this day, Hilde's newspaper, the Orange Street News remains active.

Hilde's inspiration for the Orange Street News came from her own family. According to Columbia Journalism Review, her dad, Matt Lysiak, used to be a reporter for the New York Daily News, and he often took Hilde to the newsroom. She quickly developed the same passion for chasing stories as her dad, so he encouraged the 7-year-old Hilde to start a family digest, written in crayon, in 2014.

She did that for a few months, but it wasn't long before Hilde wanted to do a newspaper for real. So her dad worked out a deal with her: Hilde would do all the pitching, writing, and reporting, while Hilde's older sister Izzy would do video and photos, according to Associated Press. Meanwhile, Matt would be the editor and handle all the typing, layout, and printing from his home office. They named it the Orange Street News, after the street they lived on.

In 2016, the paper drew national attention. According to The Washington Post, Hilde got a tip about heavy police activity in her community, so she rushed over to cover the unfolding homicide case. Hilde ended up scooping her adult competitors by several hours with the headline "EXCLUSIVE: MURDER ON NINTH STREET!" She even had exclusive footage.

Though Hilde was met with criticism by adults who believed she shouldn't be covering such topics, she didn't see the issue. "People thought I should be like playing tea parties or doing something other than being at the crime scene," she told The Washington Post. "Because of my work, I was able to inform the people that there's a terrible murder, hours before my competition even got to the scene. In fact, some of the adult-run newspapers were reporting the wrong news, or no news at all."

When Orange Street News began, the Lysiaks were distributing 200 copies around Selinsgrove, charging about $1 to $2 each. Now the family lives in Patagonia, Arizona, and per the Orange Street News website, the paper has gone digital. Anybody can subscribe to see what Hilde is up to for just $14.99 per year. Naturally, her April edition is focused on the coronavirus pandemic, and promises "coverage from both local and national angles."

In the future, Hilde hopes to make the Orange Street News into a national outlet. "I don't really want to work for a newspaper," she explained to Columbia Journalism Review. "I want to do my own. I kind of want it to become as big as the Daily News one day."