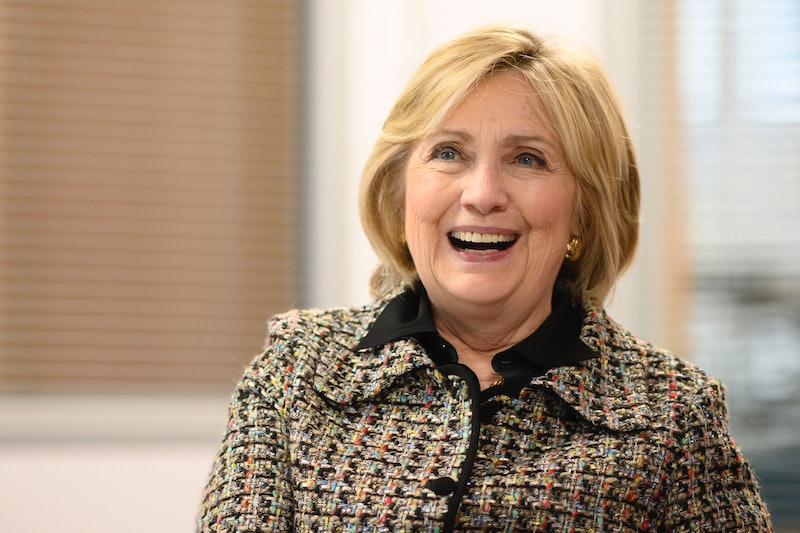 When great women get together, great things happen. To put it mildly. So reports that Hillary Clinton visited Meghan Duchess of Sussex and Archie at Frogmore Cottage is very exciting indeed. According to the Daily Mail, the two female powerhouses met up this past Tuesday (Nov. 12) and Clinton was lucky enough to enjoy a cuddle with baby Archie.

I contacted the Palace's press department for a comment on this reported meeting and I'll let you know if they have anything to say.

The alleged meeting happened after Clinton appeared on Radio 5 Live with Emma Barnett this week and spoke about Meghan's treatment by the media. Clinton has had a well-documented barrage of abuse from the press herself over the years, meaning she's able to empathise deeply with Meghan. She sent her love and support, especially as a fellow mother, saying she finds Meghan's treatment "heartbreaking":

"Oh my God, I want to hug her. I feel as a mother I just want to put my arms around her. I want to tell her to hang in there, don't let those bad guys get you down. Keep going, do what you think is right."

In terms of respect and support, the feelings appear to be entirely mutual. Although her new role as a member of the Royal Family has certain protocols regarding political views and opinions, before she married Prince Harry, Duke of Sussex, Meghan was outspoken about her beliefs and political opinions. The Guardian reports that she once used her celebrity clout to openly back Clinton in the 2016 election and also to say BS to Brexit. She posted that famous meme on her former Instagram account that read, "If EU leave me now, you take away the biggest part of me," the Guardian reports.

Reuters reports that Clinton is over in the UK promoting her new book, Gutsy Women, which she's written alongside her daughter Chelsea Clinton. Hillary and Chelsea appeared on a panel at the Southbank Centre with yet another female powerhouse, historian Mary Beard.

Speaking at the event, Hillary said:

"I do think there is a reaction to a lot of the success of women and the roles of women right now. And I think social media has lit that up, in a very destructive and toxic way. People may have thought a lot of things in the past but now it is amplified and it is viral."