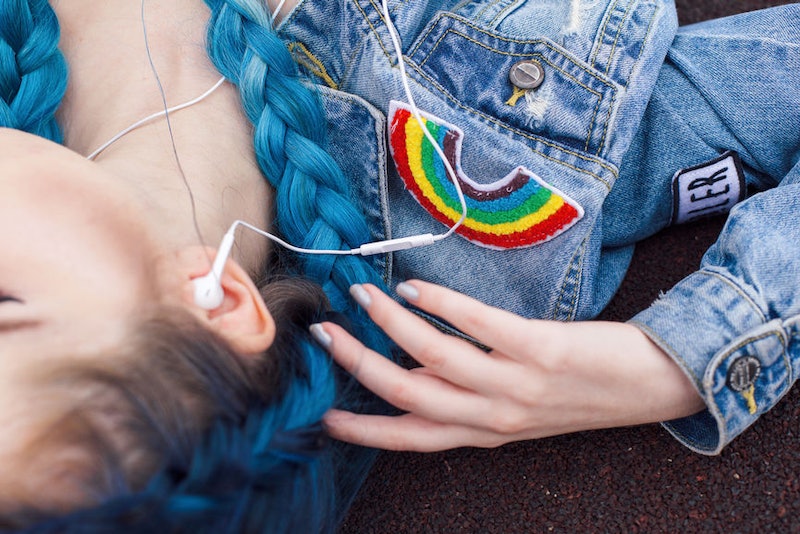 If like me you're still grieving the loss of Woolworths and its ridiculously good pick 'n' mix selection (RIP), then this is some news that probably won't go down too well either. It's just been reported that another beloved highstreet gem is going into administration, and this time it's record, merch, and movie store HMV. It's the second time in six years that it's happened, but it looks as though the store's closure is an even realer possibility this time around. If HMV is about to close down, here's what I'll really miss about it.

The first time I learned how to dance was when I saw Kate Bush's "Wuthering Heights" music video for the first time. I saw it on TV, recorded it and rewatched until the tape blew. "You know you can just get the CD?" I remember my dad saying, but not really knowing what it meant. That Christmas, he gave me the single, and when I asked him where he got it from, he took me to the store — HMV. There, I saw reems and reems of plastic coated discs, like the one I had held in my hand and treasured.

A galaxy of possibilities unfolded before me — music that I'd equally become obsessed with, music that I'd despise, music that would help me through my hardest times, and soundtrack my happiest. I feel like l've always been the musical Matilda. While she went to the library, I went to HMV; scouring the aisles hungrily, reading through the credits and the line notes and gawking at the album art before taking home my next "Wuthering Heights."

When I became older, edgier, and nicher — somewhere in my adolescence, of course — I'd go to the independent record stores. I came to experience what maybe every female audiophile can attest to — men really, really like to bend your ear about music. If you're a woman stepping into a record store, you're basically mansplainer bait. If you wanted to get into Bowie, you'd pick up a record, and probably be told it was the wrong one. If you wanted something poppier, asking the clerk if they could order it in — you'd probably be laughed at. That's coming from my experience, anyway.

None of that happened at HMV. It attracted an unpretentious clientele who were simply ravenous, adventurous, and in love with music. It's also the place you go to for birthdays and Christmases — you want to gift the people you love with some music you know they'd enjoy, and there was really no other place on the high street that could provide that better than HMV.

It is worth asking whether the need for a store like HMV is even necessary in the age of streaming — where you can discover new music arguably quicker and easier. But it'll never replace the all-encompassing experience — getting to judge an album by its cover, getting to wear the headphones and spin the thing before you buy it. Plus a song on Spotify will never be an item you'll get to treasure forever. The loss of HMV means the loss of proper musical discovery to a wide audience. That's what I'll miss the most.