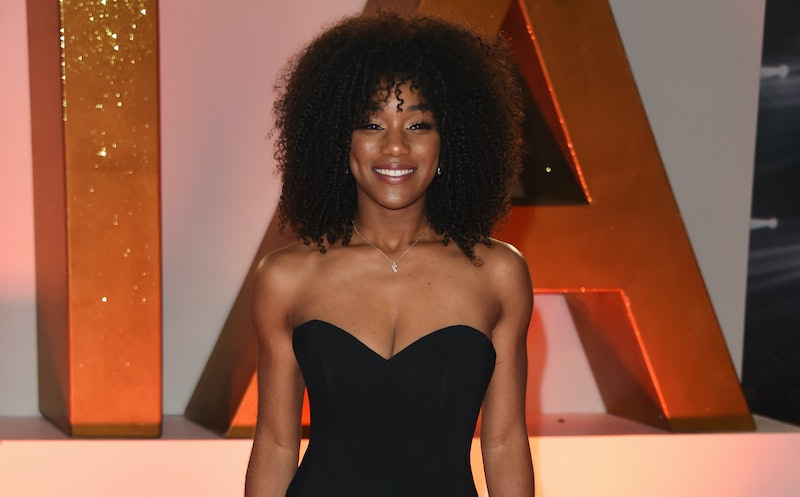 Over the past week, social media has turned into a hotbed for activist in support of the Black Lives Matter movement. Details of resources, organisations, and marches have been shared widely, along with stories on the importance of anti-racism. It has also kicked off debate around optical allyship and the need for more than a performative social media presence. Hollyoaks has launched an investigation into on-set behaviour after actress Rachel Adedeji raised questions about the treatment of Black cast members.

The 28-year-old soap star, who plays Lisa Loveday in the long-running Channel Four show, spoke out about the microagressions she'd experience on-set, calling out producers over its "disappointing" approach to the Black Lives Matter movement, which she referred to as “performative and disingenuous.” Among the experiences she and fellow Black colleagues were subjected to, Adedeji said included being told to change their hair because viewers wouldn’t be able to tell them apart otherwise; being referred to as “blackies” by a senior member of the shows production team; and only working with one Black director in the four years she's been on the show.

“Did Black Lives Matter when I was told ‘you’re all the same’ by a makeup artist you employed, and remains employed to this day?” wrote Adedeji. She noted that while working at Hollyoaks has been broadly positive, “the experiences I have encountered are a constant reminder of how difficult it is being a Black woman in the industry. I am no longer standing for it."

As per Deadline's report, Lime Pictures has since launched an investigation.

In response to her statement, Hollyoaks posted on their official social media accounts that it has a “zero tolerance on racism” and “we are taking Rachel Adedeji’s comments extremely seriously and are investigating.”

Adedeji’s former cast mate Amanda Clapham has come out in support of her, posting a picture of an open letter she said she has sent to senior members of staff at Hollyoaks. In the letter, posted on June 7, she details how she witnessed microaggressions towards her Black colleagues while on-set, that another member of staff was "disproportionately told off" when he first joined the show, and would frequently be singled out. Fellow actors Billy Price, Nikki Sanderson, and Rory Douglas-Speed have also posted in support of Adedeji.

More like this
Armani Jackson Is Following In His Famous Actor Sister’s Footsteps
By Catharina Cheung
Vanessa Bauer Is Reportedly Dating Her 'Dancing On Ice' Partner
By Darshita Goyal
Con O'Neill Was Connected With Sarah Lancashire Long Before 'Happy Valley'
By El Hunt
'Bridgerton' S3 Will Show A *Very* Different Side To Kanthony
By Sam Ramsden
Get The Very Best Of Bustle/UK
Sign up for Bustle UK's twice-weekly newsletter, featuring the latest must-watch TV, moving personal stories, and expert advice on the hottest viral buys.