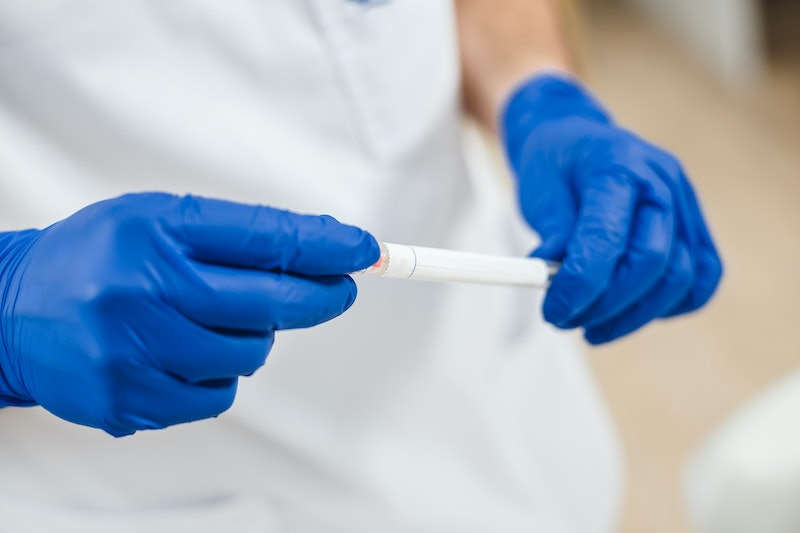 In this op-ed, April Falcon Doss, the former associate general counsel for intelligence law at the National Security Agency, explains the risks of home DNA testing under a presidential administration that’s getting ever more draconian in its efforts to remove certain immigrants.

At a time when our political climate is full of ugly charges that people of certain ethnicities are more legitimately “American” than others, the explosion of private DNA testing technology has created a new risk. The widespread use of home DNA kits has created a pool of data about individual ethnic heritage and national origin that has the potential to be misused by immigration officials in deciding who to investigate for deportation or denaturalization.

I spent over a decade in the national security community, and during that time, I was deeply impressed by the commitment that many agencies had to the rule of law. But I also understand the government’s ability to access information and the inherent privacy risks. Now, more than ever, it’s important to guard against the risk that information from private DNA testing kits could be misused by unscrupulous politicians or government officials acting outside the law.

The events of the past two months have been striking. President Donald Trump tweeted that congresswomen of color who are American citizens should “go back” to the countries they came from. Senior White House adviser Kellyanne Conway, in a tense exchange with reporters on the White House lawn, asked a Jewish journalist what his ethnicity was before she would answer his question. The administration has issued new rules making it more difficult for immigrants who might use public benefits to follow a path to citizenship. One of the president’s top immigration officials said that the Statue of Liberty’s iconic welcome — “give me your tired, your poor, your huddled masses” — was only intended for Europeans. There’s no end in sight to the rhetoric coming from this administration that implies — or in some cases, outright states — that when it comes to full participation in American life, only whites of European heritage need apply.

Low-cost, private testing of DNA, in which our heritage and ethnicity is encoded, is a recent phenomenon. Although it’s been less than 20 years since scientists first successfully mapped the human genome, the technology has taken off quickly since then. Commercial DNA companies like Ancestry and 23andMe now offer home DNA testing kits for as little as $100. The results promise to provide information about a test taker’s ethnic heritage and the regions of the world her family hailed from, as well as connections to previously unknown relatives and, sometimes, predispositions to certain diseases. By early 2019, some 26 million people had taken the tests, and it’s estimated that number will grow to 100 million in the next two years, according to MIT Technology Review.

However, commercial DNA testing is a private sector activity that is largely unregulated. When test takers send in their swab of spit, they agree to a consent form that lets them know their data may be shared with third parties. Those third parties could be pharmaceutical companies who use the data to develop new medical treatments, people searching for long-lost cousins, or law enforcement agencies. In other words, once you’ve provided your DNA sample to one of these companies, you have little control over who else can access the information or what it can be used for. And, because of the nature of DNA, even if you don’t send in a sample, your identity and heritage can be exposed if one of your blood relatives takes a DNA test.

Our government has access to far more detailed information about racial and ethnic heritage than was ever available before.

Legitimate law enforcement access to DNA data has been key in solving dozens of cold cases, including in 2018 when California police arrested the Golden State Killer suspect. But as I was reminded while visiting World War II memorials in Berlin, some of the worst atrocities in history have been made possible by the intersection between toxic rhetoric and bureaucratic record-keeping of ethnic heritage, religious affiliation, and other characteristics that allowed innocent people to be targeted because they fell into categories that a government’s leaders declared “undesirable.”

Trump’s hateful rhetoric of “send her back” and “infestations” isn’t new, but DNA testing for ethnic origins and family relationships is. Any person of color who has grown up in the United States knows that “go back where you came from” is poorly disguised code for saying, “if your ancestors weren’t from the ‘right’ countries, then you’re not a real American.” Through its ability to obtain records of private DNA testing companies, our government has access to far more detailed information about racial and ethnic heritage than was ever available before.

If you haven’t yet taken a DNA test, think carefully about what the repercussions could be. Talk it over with your blood relatives — are all of you comfortable knowing that this information, once it’s been collected, may be largely out of your control? If you’ve already taken a DNA test, look at the privacy policy of the company you used (these policies are usually posted online), find out what rights the policy gives you and whether there are any limits to who the company can share the data with.

Whether you’ve taken a test or not, consider reaching out to your representatives and ask what they’re doing to make sure this the law keeps up with the privacy and discrimination risks associated with DNA data. Some states already have laws that protect the privacy of genetic information, and Congress is considering wide-ranging federal privacy legislation. Congress could update the 2008 Genetic Information Nondiscrimination Act (GINA), which prohibits employers and health insurers from discriminating on the basis of genetic information, to provide clearer guidelines on the use of DNA data in other contexts as well.

Do I think the government is currently accessing privately collected DNA information for the purpose of determining individuals’ ethnicity? No. But immigration officials are detaining American citizens, demanding that anyone they stop show their papers. Racially divisive rhetoric is escalating. Hate crimes are on the rise. And while legitimate law enforcement access to DNA data can be crucial in solving crimes, not all law enforcement agencies use surveillance techniques for the right reasons. DNA information doesn’t create the risk in today’s society. But for those who might want to misuse it, it gives them a powerful tool.