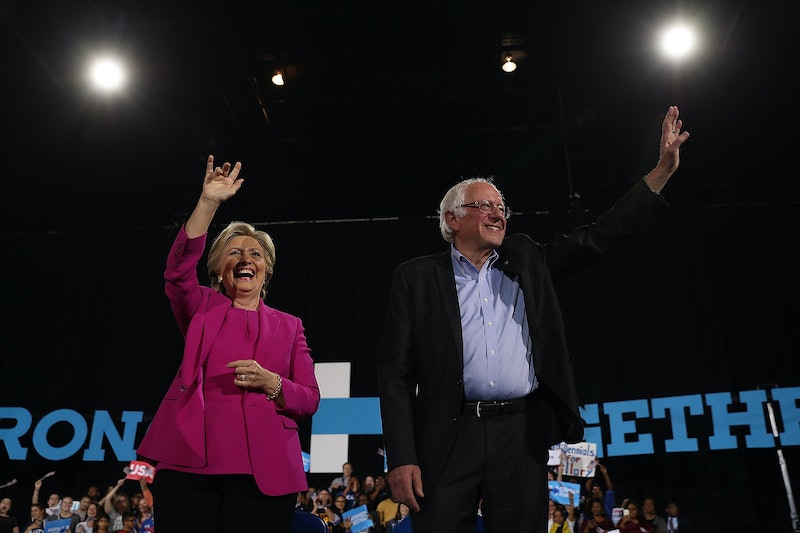 On display south of the Mason-Dixon line is an experiment into how Democrats run against each other in the wake of a bruising primary season and in the midst of a party-wide power struggle over remaking itself in the image of Hillary Clinton or Bernie Sanders. Having ceded the White House to Donald Trump, Democrats are now looking for ways to capitalize on the Russia-sized "cloud" hanging over his presidency. The race for governor in Virginia might expose the Democrats' playbook, as Tom Perriello and Ralph Northam face off against each other in Tuesday's Democratic primary.

The candidates are test-running a blue-on-blue game plan that might pave the way for future candidates heading into the 2018 midterms and even the 2020 election."

For a party that's struggling to mend the gap between its fervent establishment leaders (think, Hillary Clinton) and it's fiery progressive wing (hello, Bernie Sanders), this primary hits all the nerves: Perriello is proposing free kindergarten and two years of free community college, off-set by a tax increase on Virginia's wealthiest residents. He has endorsements from Senators Sanders and Elizabeth Warren in his pocket and has filled his campaign's pocketbook off their supporters. Northam, who brands himself as a pragmatist, is backed by Virginia Governor Terry McAuliffe, a longtime supporter and friend of the Clintons, and by both of Virginia's Senators, Tim Kaine and Mark Warner.

Early estimates of voter turnout hover around 12 percent, leaving a thin sliver of each party's base to determine their nominees. The most recent Washington Post/George Mason University poll conducted in mid-May had Perriello up by two percentage points, though that fell within the margin of error, and another poll conducted around the same time showed Northam leading by 10 percentage points.

While Virginia Democrats are tasked with deciding who will earn the party's nomination in a neck-in-neck race, the candidates are test-running a blue-on-blue game plan that might pave the way for future candidates heading into the 2018 midterms and even the 2020 election.

From Northam, a no-holds-barred attack on President Trump's fitness to lead:

I’m listening carefully to Donald Trump, and I think he’s a narcissistic maniac. Whatever you call him, we’re not letting him bring his hate into Virginia.

From Perriello, a tempered criticism of the president veiled as "a defining moment" at which "our economic security, our basic sense of right and wrong, and our respect for democratic traditions" are under siege:

The American dream started right here in Virginia, but our faith in it has been shaken. Politicians from Washington to Richmond write their own self-serving rules and seem committed to dividing and distracting us while they rig the system against the middle class.

Perriello ratcheted up attacks on Trump ahead of Tuesday's vote, calling the primary the "firewall against the hate and bigotry of the administration." Whether a hardline assault on White House policies drives voters to the polls might render an early verdict on Trump's young presidency in this battleground state. Trump won the votes of some 1.7 million Virginians on election night — around 45 percent of all voters — though the state's 13 electoral votes went to Hillary Clinton.

The winner of Tuesday's primary is likely to challenge Republican Ed Gillespie in November. The former Republican National Committee Chairman is considered the frontrunner in the race against Corey Stewart, who chaired Trump's campaign in Virginia and is parroting many of Trump's stances on the stump in his own bid for office.