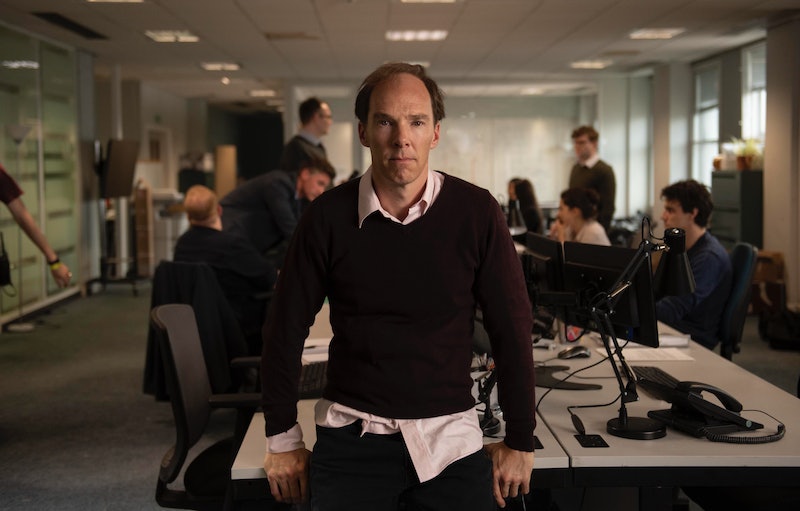 Brexit is still an incredibly touchy subject for many. The fact that a feature-length drama is being released before an official Brexit plan of action has been put in place doesn't help matters. But just how accurate is Brexit: The Uncivil War; the new Channel 4 film starring Benedict Cumberbatch?

The one-off drama focuses on how political strategists successfully orchestrated the Vote Leave campaign and managed to convince the British public to gamble on a rather uncertain future. The cast features several recognisable faces with each actor playing a real-life Brexit player.

Cumberbatch plays Dominic Cummings (who led the campaign) while Rory Kinnear takes on the role of Sir Craig Oliver; the man who was a key player on the Remain side having worked as former Prime Minister David Cameron's communications chief. The other main campaigners included in the drama are as follows: Matthew Elliott (chief executive of Vote Leave), Arron Banks (the millionaire who helped set up the rival Leave.EU campaign), Nigel Farage (who fronted Leave.EU), Conservative MP Michael Gove, and, of course, Boris Johnson.

Although the programme does touch on the rivalry between Leave and Remain, it primarily focuses on the strategies the Leave campaign used to win over a significant percentage of the population. Many of these ideas, which included slogans like "Take Back Control", came from the mind of Cummings (Cumberbatch).

When transforming any real-life situation into a dramatic work, there is the tendency to exaggerate, or leave out, certain pieces of information. After all, reality isn't always exciting. A spokesperson for the drama told Bustle that the film used "in-depth research from a number of sources." He added that writer James Graham spoke personally with many key players in the referendum from both campaigns (including Peter Mandelson, Matthew Elliot, Lucy Thomas, and Nick Clegg) and used Cummings' own writings as well as media coverage of Brexit events.

"The main characters are all based on the individuals who played key roles on both sides of the campaign. Some minor characters are fictional creations based on a composite of real people working within both campaign teams. All events in the film are based in fact, though, as is usual in this type of drama, some scenes have been dramatised for the purposes of the film," the spokesperson finished.

Despite such scenes, a few Brexiteers have praised the programme for its depiction of what really happened behind the scenes. Vote Leave's chief executive, Matthew Elliott, told the Guardian that Cumberbatch had got Cummings "down to a T. He captures his passion, his focus, his dedication, his frustration with members of Parliament. The film captures how fast-paced and manic and high-pressured the campaign was." He did, however, express that not every detail in the film was 100 percent correct, namely because certain events had to be compressed to fit into the 90 minute slot.

The drama also enlisted the help of an individual from the other side of the fence. Craig Oliver was responsible for much of the campaigning on the Remain side and consulted on the Channel 4 film. He told the Guardian that he wanted to ensure that the plot didn't showcase the Vote Leave strategy as "an act of political brilliance" as "it was clear that immigration was, to paraphrase the Sun, what won it for them."

Unsurprisingly, a few politicians aren't happy with the finished product. Conservative MEP Daniel Hannan accused the film of being "a Remainer take on the vote. The acting is brilliant, but there is something almost cartoonish about the presentation of Leavers." He added to the Guardian: "The whole premise, however dramatically engaging, is false."

As Cumberbatch explained to the Independent, the film wasn't designed to "lecture" but rather show "how those moments occurred." It's clear that there are two sides to every story and, with the Brexit stakes still so high, that it would have been impossible to create a dramatic production that would have pleased everyone involved in the political referendum.

Certain events may have been condensed and certain conversations may have been entirely missed out, but Brexit: The Uncivil War still appears to be a relatively good insight into how strategists cleverly use words and data to push their agenda and, more importantly, how the country got to where it is today.