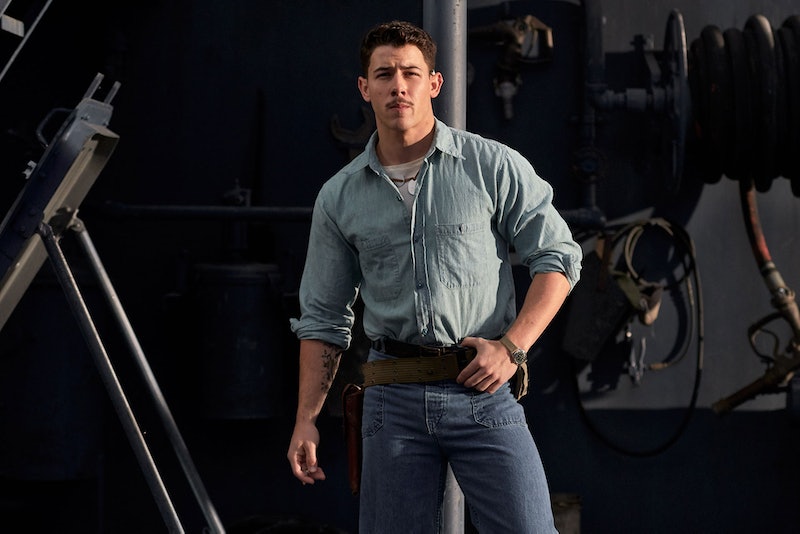 When it comes to movies about World War II, the war against Hitler's Germany gets the lion's share of attention. And why wouldn't it? The Nazis were undeniably evil, and were probably the closest real-life counterpart we've ever heard to stereotypical movie villains. But WWII had another major front that didn't involve the Nazis, and that was the war in the Pacific against the Empire of Japan. Comparatively few movies have tackled this conflict, but one that does is the new movie Midway. So how accurate is Midway, and does this new movie actually show what went on during one of the Pacific Theater's most notable battles?

Midway is directed by Roland Emmerich. Known for his heavy reliance on massive levels of destruction and melodrama in his films, Emmerich's recent directorial efforts include Independence Day: Resurgence, White House Down, and 10,000 BC, as well as both 2012 and The Day After Tomorrow. None of those films are really known for their strict historical accuracy, but does that mean Midway will fall into the same category? Looking at the movie's trailers, it's pretty obvious that at least a portion of the story is fabricated. Some characters and their personal drama and relationships call to mind Michael Bay's Pearl Harbor, a film that was criticized for turning a tragic act of war into a Titanic-esque romance. But those who dismiss Midway based on its trailers may be making a mistake.

As it turns out, Emmerich actually went to some pretty great lengths to ensure the accuracy of Midway. The movie's main character, pilot Dick Best (Ed Skrein), was an actual bomber pilot who flew in the Battle of Midway, personally sinking two Japanese aircraft carriers. And when the time came for Emmerich to approach the U.S. Navy for help on Midway, the film's focus on reality made the military much more willing to advise on the film.

"I had to talk to the admiral who was running Pearl Harbor, all the different places there ... and he was very dismissive," Emmerich told Reuters. "He said ‘this is one of these Hollywood movies (which) has a cheesy love story and uses our soldiers, to tell it.' And I said, ‘well, not really’ ... 'my movie is about Dick Best' ... from that moment he was so supportive ... and he ended up even being an extra."

But Emmerich secured more than vocal support and cameos from the military — he also got extensive hands on assistance. The film went for accuracy in nearly every aspect, from faithfully recreating ships and planes that were long out of production to securing script input from Naval History and Heritage Command (NHHC) historians. "Despite some of the 'Hollywood' aspects, this is still the most realistic movie about naval combat ever made," NHHC director and retired Navy Rear Adm. Sam Cox told the U.S. Department of Defense's website. "It does real credit to the courage and sacrifice of those who fought in the battle on both sides."

The film's stars were also committed to getting things right. In addition to Skrein, Woody Harrelson and Patrick Wilson also portray real veterans. Harrelson plays Adm. Chester Nimitz, who was in charge of the Pacific Fleet following Pearl Harbor, while Wilson plays Navy Lt. Cmdr. Edwin Layton. Both actors conducted extensive research into their respective character's histories, while also meeting with real life Navy personnel. Harrelson even spent time at sea on board the USS John C. Stennis in the Pacific, according to the U.S. Department of Defense.

Midway will surely dramatize some aspects of its titular battle, but the movie is hoping to go down as one of the most accurate WWII movies ever made. And considering that barely a year goes by without a new WWII movie being released, that's saying something.