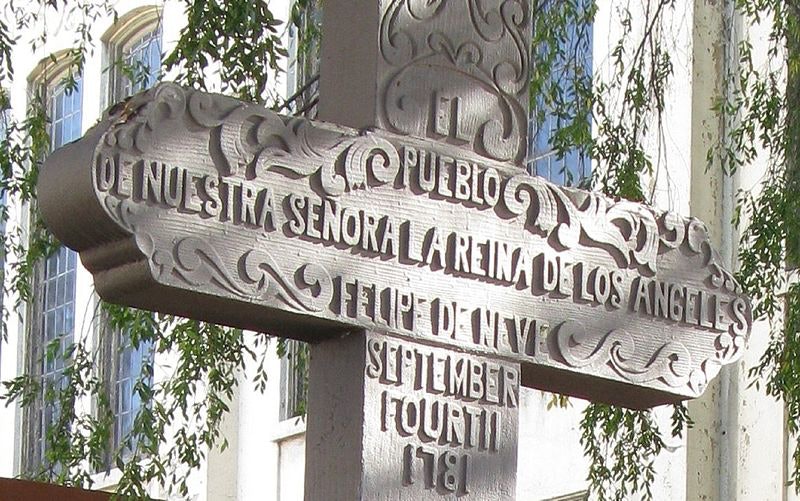 In the U.S., a quarter of all Latinx people consider themselves “Afro-Latino [sic], Afro-Caribbean or of African-descent with roots in Latin America,” according to a 2014 survey by the Pew Research Center, the first nationally representative survey to ask people if they identify as Afro-Latinx. While it is clear that people across the U.S. embrace both their Black and Latinx identities, the Afro-Latinx identity is rarely recognized in many areas of U.S. culture. As scholars Juan Flores and Miriam Jimenez Roman write in the journal Latin American and Caribbean Ethnic Studies, “the groups are presented as adversarial and mutually exclusive: either you are Latino [sic] or you are Black.” Often times, celebrations of Black History Month follow this paradigm, without recognizing Afro-Latinx people as foundational to Black history.

The lack of Afro-Latinx representation in history books, entertainment and media has left many Afro-Latinx people not seeing themselves in any part of history and mainstream society. “I always thought it was weird and I guess that’s also one reason why like so many Black Latinos [sic] have issues with identity,” Juliana Pache, social media manager for The Fader and creator of #BlackLatinxHistory on Twitter, tells Bustle. “We’re not represented at all.” Pache started the hashtag in 2016 to highlight Afro-Latinx figures who have had an impact on U.S. culture and beyond. The hashtag caught on with other users who also began to tweet out names of prominent Afro-Latinx people in the years since. The hashtag began to pop up on Instagram, too, showing that there is a deep-seated desire for broader representation of Afro-Latinx figures.

The last few years have seen a rise in Afro-Latinx visibility in the U.S., with artists, actors, and everyday Afro-Latinx people taking to social media to talk about how their Black and Latinx identities are not separate (and the discrimination they've faced as a result). Cardi B and Amara La Negra are some of the Black Latinas who have spoken about their identities and the complexities that come with it. On Feb. 8, HuffPost published an interview with Amara La Negra, talking about how colorism and anti-blackness impact the Latinx community. "I think it’s unfortunate that there’s so many talented Afro-Latinos [sic] all around the world but we’re not given the same opportunities based off the way that we look,” Amara said. “It’s not that we’re not talented. It’s not that we’re not educated. They just don’t consider that we [have] what they consider to [be] the Latino [sic] look.”

This contributes to an ongoing erasure of Afro-Latinx folks' contributions to Black history and beyond. Pache’s #BlackLatinxHistory is a present-day way of taking us into the past to recognize, celebrate and embrace the roots Afro-Latinx people have in U.S. culture and how much they are a part of this country’s history. And that history runs deep.

In fact, Afro-Latinx people are so embedded in U.S. history, they are responsible for establishing what is currently the country’s second largest city: Los Angeles. In 1781, 44 settlers arrived in to present day Los Angeles from Mexico. And according to the California Historical Society, more than half of them were Mexicans of African descent. In 1995, Cecilia Rasmussen of the Los Angeles Times wrote about how for many years, a plaque put up at the El Pueblo de Los Angeles State Historic Park honoring the “pobladores,” or the settlers, that indicated their race "disappeared without a trace," and over 20 years later, was replaced by one that did not acknowledge it. “Rumor had it that several Recreation and Parks commissioners had been displeased by its public display of the role blacks played in city's founding,” Rasmussen wrote. This literal erasure was ultimately corrected in 1981 thanks to the efforts of Miriam Matthews, California's first college trained Black librarian. Today, the plaque states the names, sexes, ages, and races of the pobladores.

Pache’s thread mentions Anita Scott Coleman, a relatively unknown prize-winning poet whose short stories like “The Little Grey House” fueled the Harlem Renaissance. Coleman’s father was Cuban and her mother was a slave her father had purchased, according to the book Shadowed Dreams: Women’s Poetry of the Harlem Renaissance. They moved to Mexico, where Coleman was born in 1890. She later lived in New Mexico and Los Angeles and went on to become a teacher. She wrote poetry and short stories about race, slavery, and women’s issues. Her fiction often appeared in Half-Century Magazine, a monthly read by many “educated and biracial” readers. Although she was not in New York during the Harlem Renaissance, Coleman demonstrated that the movement had no physical boundaries.

“Though she never lived in Harlem (or in the East), in her era Scott Coleman was an Afro-Hispanic American writer acknowledged and heralded by the voices of the Harlem Renaissance East,” Felipe de Ortego y Gasca writes in The Latino Literary Online Magazine.

Many history books also fail to mention the story of an Afro-Puerto Rican woman who helped fight segregation in schools. Seven years before Brown vs. Board of Education ended legal segregation in the U.S., Mendez vs. Westminster helped end segregation in California’s school districts. Felicitas Mendez and her husband Gonzalo, who was a Mexican immigrant, fought against an Orange County school in Southern California that would not let their children attend a "white" school in 1943. Though the case is widely known as having ended segregation for Mexican-American children, Felicitas was Puerto Rican of African descent. Despite being around many Mexicans in her community and deeply associating with the Mexican culture, Felicitas always acknowledged her Puerto Rican roots. Felicitas was known as “La Prieta,” meaning having dark skin, according to Sandra Mendez, one of Felicitas’ daughters, and was "seen as Black in Arizona and Mexican in California," according to the Center for Puerto Rican Studies at Hunter College. Despite the fact that Felicitas and her husband have two schools named after them in Southern California, Felicitas’ contribution to U.S. education is still widely unknown.

This month, Pache hopes people continue to learn about the nuances and the complexity of identity. While there are many Black and Latinx historical figures, today there are political leaders, like Grace Diaz, the first Dominican-American woman to be elected to state office in the U.S., after immigrating from her native Dominican Republic, that continue to make history and continue to bring visibility to the Afro-Latinx identity.

Pache thinks learning about the historical contributions of Black Latinx figures can help people who identify as Afro-Latinx not only broaden their sense of history, but acknowledge the nuances of their own identity — regardless of how they identify. “I think it would open peoples’ minds to how vast and important the diaspora is and how important it is to consider how blackness exists in the diaspora in different places,” she said. “I feel like it would help everyone understand their own identity — not just Latinos [sic], but Black people in general.”

More like this
Charlene White & MPs Lead Tributes For Bristol Bus Boycott Organiser Roy Hackett
By Sam Ramsden
Your Daily Horoscope August 11, 2022
By Mecca Woods
How To Use Instagram Story Highlights So Everyone Sees Your Fave Stories
By Brandi Neal and Emma Carey
How To Change Your Twitter Handle
By Emma Carey
Get Even More From Bustle — Sign Up For The Newsletter