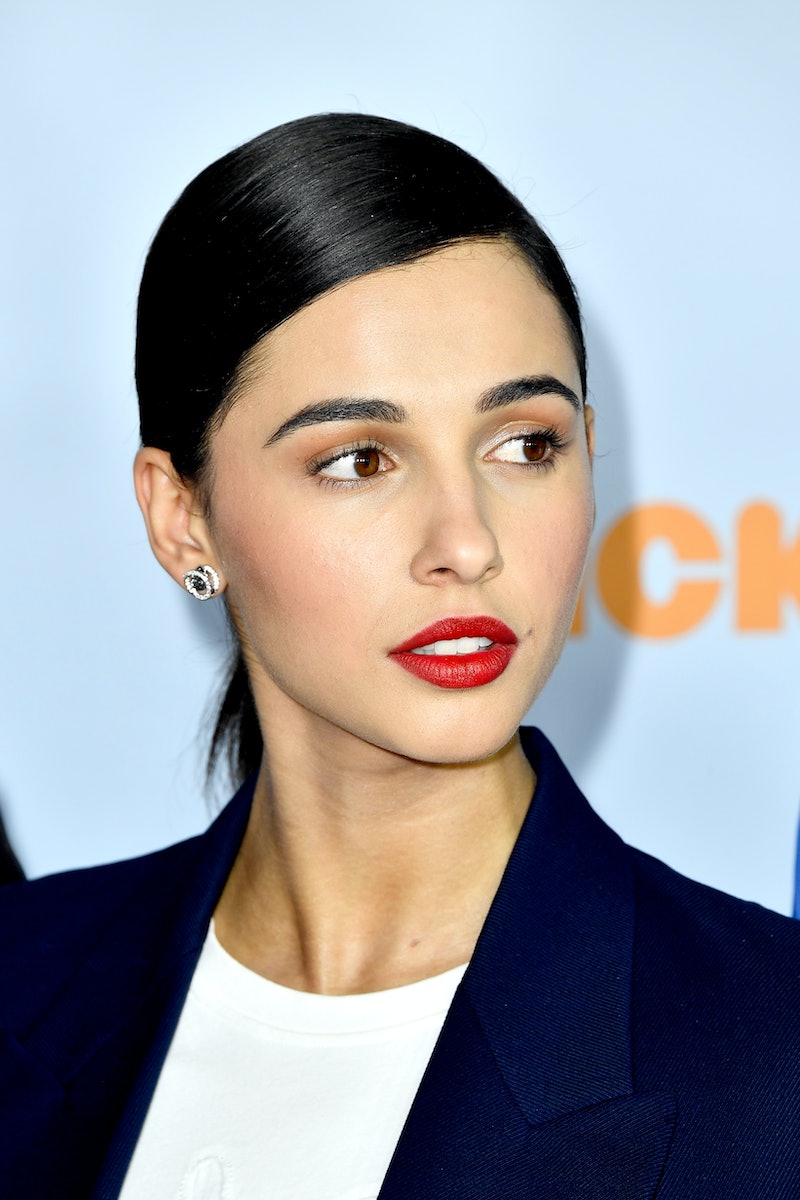 In just a few months time, Disney's live-action Aladdin remake will hit theaters and reunite fans with some of their favorite childhood characters. And while Will Smith's iteration of Genie is getting a lot of the attention these days (for better or for worse), Naomi Scott has been working hard behind the scenes to make sure Princess Jasmine is the strong, confident character she deserves to be. In fact, Scott fought to reinvent Princess Jasmine in this Aladdin adaptation, knowing how important it was for her to be a positive role model to today's youth.

"I saw her as a young woman, not a teenager, with a mature strength that can cut you down," Scott told British Vogue for the magazine's April issue. In truth, she felt so strongly about this fresh take on the character that she was willing to forego the opportunity if she couldn't play the princess the way she wanted. "So I said to them, 'Just to let you know, I want to play her strong, and if that's not what you're looking for, that's OK, but it's not for me,'" Scott added. Talk about opening up a whole new world of possibilities for Jasmine's storyline. (Pun very much intended.)

Being given the chance to play one of the most beloved Disney princesses in the world is definitely a dream gig for Scott, but that doesn't mean she's hasn't faced a fair amount of challenges and rejections along the way. "I remember thinking in auditions, ‘OK, this is it, this is the one.' And then not getting it," she recalled during the same interview. "And then the next time thinking, ‘OK, this is the one.' And not getting it again. I was the Nearly Girl for a long time." So the fact that Scott was willing to sacrifice this role shows how essential she felt it was for the world to see Princess Jasmine in a new, empowering light.

Of course, this isn't the only time she's gone on to play a strong and iconic female character. Scott portrayed Kimberly, the Pink Ranger, in the 2017 Power Rangers movie, where she worked alongside the likes of Elizabeth Banks and Breaking Bad's Bryan Cranston. Perhaps now she'll be able to put those fighting skills she learned to good use in Disney's live-action Aladdin. And if that's the case, Jafar better watch his back.

Granted, Princess Jasmine was always a force to be reckoned with, even 27 years ago when the original animated version of the film was released in theaters. She didn't want to be married off to a man and had no qualms about standing up to her father to argue against it, even going so far as to run away, if only temporarily, to get a taste of true freedom. But even so, it's comforting to know that Scott's version of Jasmine will prove to be stronger than ever before and by the time the end credits start rolling, viewers may find themselves looking back and asking: "Aladdin who?"