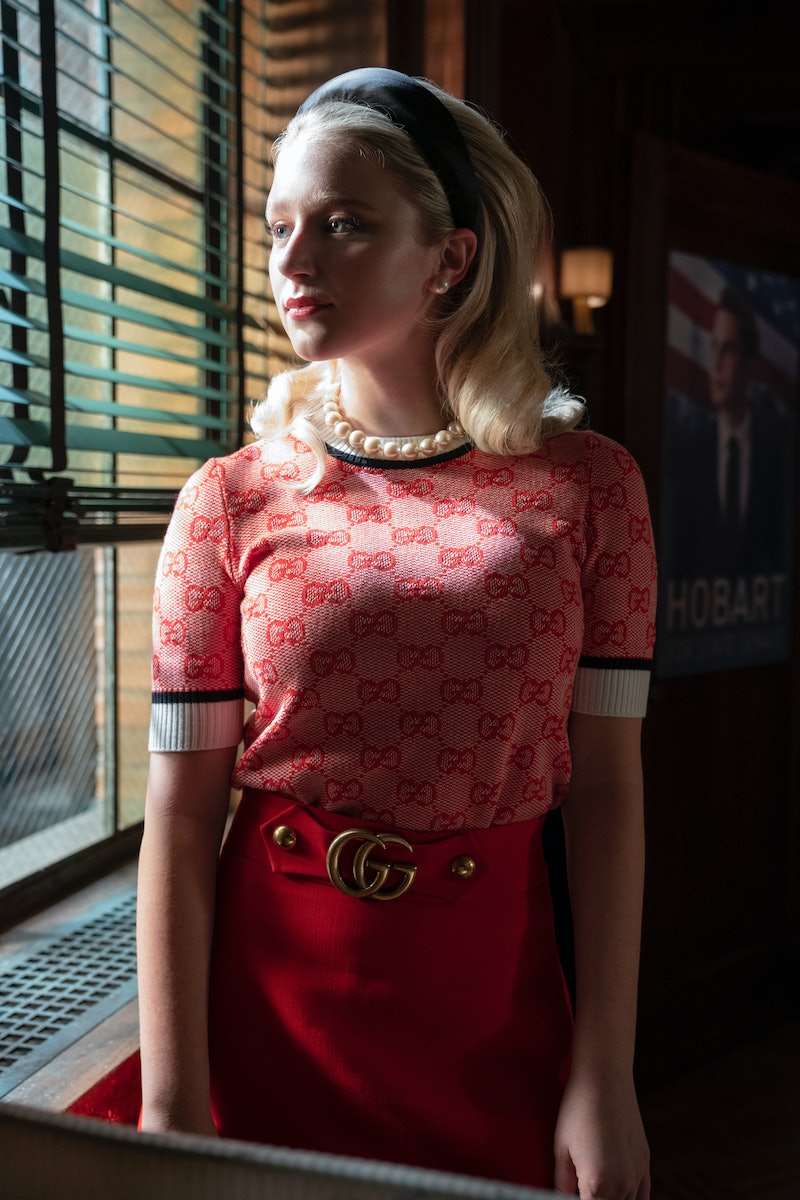 Warning: spoilers ahead for The Politician Season 2. Alice Charles has long evolved past the "stone cold bitch with ice water in her veins" she described herself as in The Politician Season 1. By the end of the show's second season, she's stepped out from the shadow of her longtime love Payton Hobart (Ben Platt), made clear that she wants a more equal partnership, and is raising a baby with him while studying to become a surgeon after returning to Harvard.

"I think so much of [Alice's icy persona] is such a facade," Politician star Julia Schlaepfer says of her character. "[In Season 2], she learns how to rework her dream in a way that isn't taking the life out of her and isn't turning her into this ice queen every day. She can support the other women around her, she can support her man, but she can also be a human and take care of herself."

That included finally standing up to Payton, who she broke up with because he was always putting his dreams before hers. She later realized that she still loves and wants to be with him — but only if they can "be a little less George and Martha and a little more George and Amal," as Alice put it.

"I would've been happy to see Alice also walk away from [Payton] because I think that that's very valid after everything she's been through," Schlaepfer says. "But I do think that it's a really beautiful ending for the two of them. If we see them return for another season, it will be cool to watch Payton step up to the plate a little bit for her."

Now, with a probable vice presidential run in Payton's future — and likely a presidential one after that — the two are closer than ever to making it into the White House and becoming the ultimate power couple. And Schlaepfer has a few ideas about what her character would be like as the first lady.

The Politician sends a message that "young people are here, they've got a lot to say, they're incredibly smart and capable and they shouldn't be underestimated," Schlaepfer says. "[So] I would love to see [Alice and Payton] be a new example of what a first couple could look like in the White House. I would love to see Alice champion women's rights and women's issues ... we've watched her find her voice over the course of these past two seasons and it's been really hard, [but] I think there's still a road ahead for her."

Whether or not that road leads to 1600 Pennsylvania Avenue, Schlaepfer believes Alice will land on her feet — and certainly won't be standing for any more of Payton's "bullsh*t."