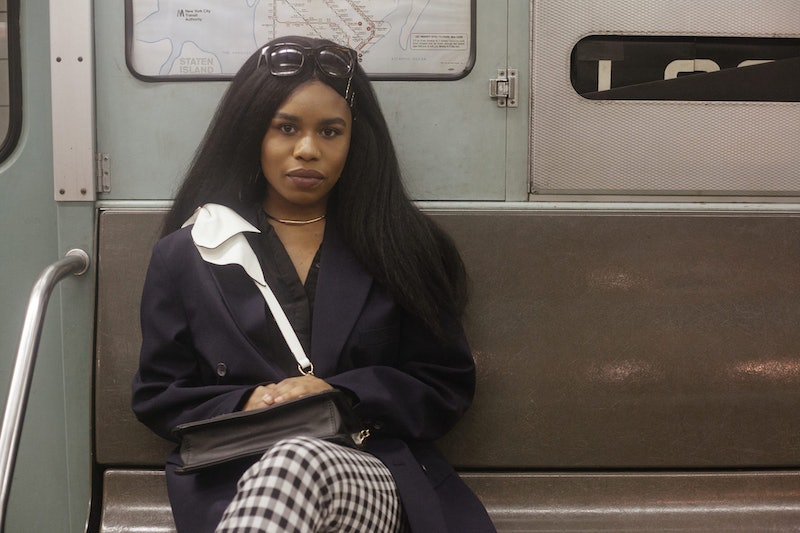 I was 8 years old when I was catcalled for the first time. I was in the grocery store, attempting to sneak Little Debbie Honey Buns in the my mom’s cart, when an old man commented on my prepubescent body. “I could sure show you a thing or two,” he said as he shoved a piece a paper with his phone number into my hands. I ran away to find my mother. A grocery store clerk who had witnessed the incident found my mother and told her before I could. My mom found the man and told him exactly what she thought of him. My instinct an 8-year-old was to be silent and run away. As a 24-year-old, I realized my instincts haven’t changed all that much.

Recently, I was catcalled in the parking lot of my local grocery store. It was a weird “full circle” moment. “Smile, beautiful. Bring yo' sexy self over here. I’ll give you something to smile about!” The catcaller was yelling at me from across the parking lot.

This was my moment. This was my moment to vindicate my scared, 8-year-old self. I could hit the catcaller with a whip-smart soliloquy on the abusive nature of catcalling. I could spew statistics about harassment and educate him about the #YouOkSis Movement that was created by Feminista Jones to protect women like me from men like him. I could at least flip him the bird. But I did none of those things. I scurried into my car and locked the doors. Just like when I was 8, I remained silent and ran away. Was there anything I could have done that would've made a difference?

Earlier this year, gender-based violence expert, Holly Kearl, told Bustle that victims of street harassment can report it depending on where it occurs. "If it happens on public transit you could report it to the transit authority. If it happens in a place like a restaurant or bar or store, you could try to report it to a manager or bouncer and otherwise. If it's illegal, you can try to report it to the police," she explains. Kearl recommends reading Stop Street Harassment's guide to determine what's illegal and what's not.

I was interested to know if my reaction to catcalling was common, so I decided to ask other women how they handle catcalling and what they do afterwards for self-care. (I needed tips myself.) Ahead, you’ll find candid responses from women who have experienced catcalling. If you’ve been catcalled, know that you’re not in this alone.