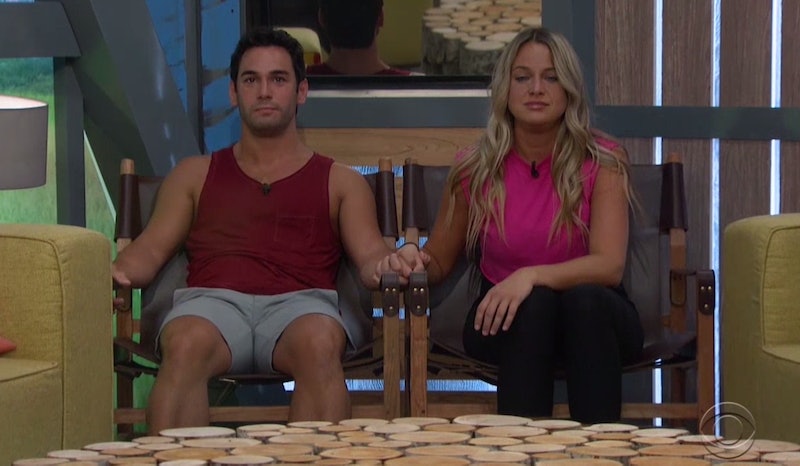 The dream is over. Pre-show BFFs Christie and Tommy are not going to come in first and second on Big Brother 21 because Christie was evicted during the Sept. 5 double eviction. Nicole won the HoH and put Tommy and Christie both up (because she has a final four with Holly, Michie, and Cliff). After Christie and Tommy failed to win the Veto, their fates were sealed. The rest of the houseguests voted 3-0 to evict Christie, leaving Tommy on his own in the game for the first time. But that's not necessarily a bad thing.

Christie has been a big target in the game for weeks now. She has a big mouth and was often caught telling one person something and another person something else. More than once, she told someone about her strategy only for those plans to get leaked to the other houseguests. She was constantly being put on the block, forcing Tommy to save her when he won the Veto. She cried all the time. She was honestly kind of a hazard for Tommy's game.

You would think that having an ally in the game that you know from the real world would be an advantage, but it can also be a hinderance. Tommy and Christie didn't know they'd both be playing Big Brother together, so they were kind of thrown into an alliance just because they knew each other. (Christie had previously dated one of Tommy's family members.) Under ordinary circumstances, Tommy may not have chosen Christie to be a teammate since she could be a bit dramatic and reckless in the game.

Now that Tommy is alone, he can focus on his own game, which he seems to have been looking forward to for a while. A few weeks ago when it seemed like Christie was going to be evicted, Tommy told the DR that if it was her time, it was her time. He wasn't that upset about her leaving then, and he doesn't seem that upset now that she's gone. It's nice to have an ally in the game, but Christie put a target on his back just by being close to him.

However, now that Tommy is alone and the rest of the players are in duos (Nicole/Cliff and Holly/Michie), he could be in trouble. It would be easy to target him in the upcoming nominations ceremony just because he is on his own and it wouldn't upset anyone else in the house. The houseguests already seem on track to nominate him.

However, Tommy could win the HoH (or the Veto) and keep himself safe for another week. If Tommy can get back into a good spot in the house, he stands a real chance of winning. Unlike Christie, he's maintained pretty good relationships with the houseguests inside and outside of the house. His Jury House friends like Sis, Nick, and Jack could all potentially vote for him to win if he's sitting in the Final 2. And, with Christie in the Jury House, he has someone on his side to campaign for him while he stays in the game.

It's really a win-win for Tommy that Christie is gone. Now he just has to survive the next nomination.